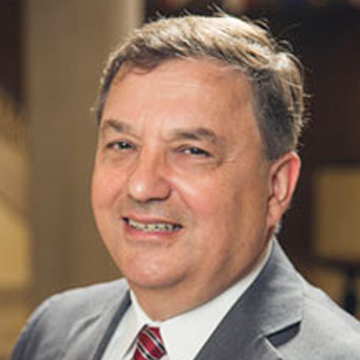 Rob Schwarzwalder < Back to Voices

Rob Schwarzwalder is a Senior Contributor at The Stream and a Senior Lecturer at Regent University. Raised in Washington State, he lived with his family in the suburban D.C. area for nearly 25 years until coming to Regent in the summer of 2016. Rob was Senior Vice-President at the Family Research Council for more than seven years, and previously served as chief-of-staff to two Members of Congress. He was also a communications and media aide to a U.S. Senator and senior speechwriter for the Hon. Tommy Thompson, Secretary of the U.S. Department of Health and Human Services. For several years, he was Director of Communications at the National Association of Manufacturers. While on Capitol Hill, he served on the staffs of members of both Senate and House Armed Services Committees and the Senate Committee with oversight of federal healthcare policy.

Rob is focused on the intersection of theology, culture and politics. His background in public policy has been informed by his service on Capitol Hill, the private sector and various Christian ministries. His op-eds have been published in numerous national publications, ranging from TIME and U.S. News and World Report to Christianity Today, The Federalist and The Public Discourse, as well as scores of newspapers and opinion journals. He has been interviewed on National Public Radio, Fox News, and other leading television and radio programs. Rob’s scholarly publications include studies of such issues as fatherlessness, pornography, federal economic policy and national security.

Rob has done graduate work at George Washington University and holds an M.A. in theology from Western Seminary (Portland, Ore.) and an undergraduate degree from Biola University. He and his wife of 35 years, Valerie, make their home in Virginia Beach and have three children.

Are Americans finally changing their minds about abortion? Earlier this year, Marist College published its 11th abortion survey. Here are a few of its key findings: If the Supreme Court ends Roe v. Wade, only 30 percent of us want…

The Bible’s Not Socialist. A Single Book Proves It

Evangelicals Take Heat. But Many Are Showing Light.