What the ancient kings teach us about God’s sovereignty 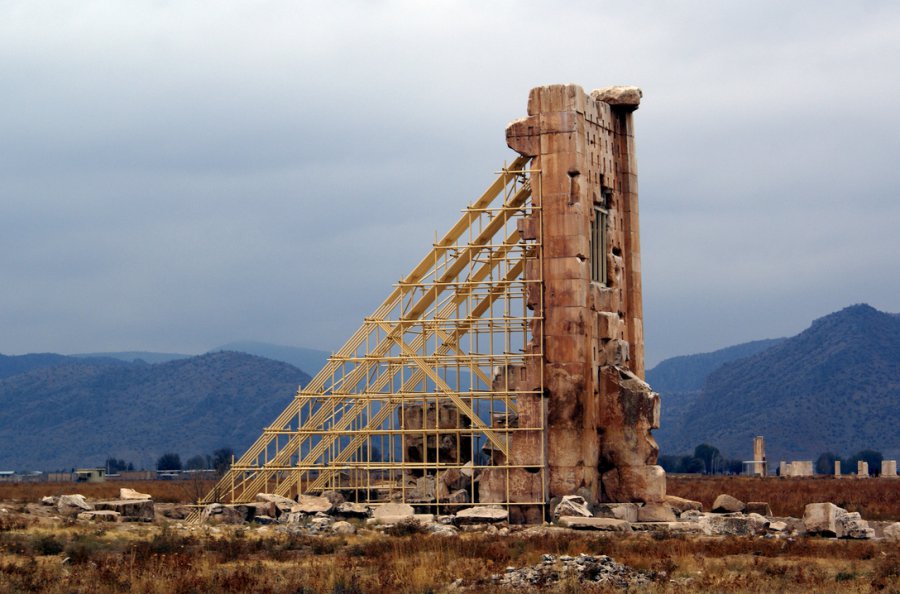 “I am Darius the Great King,” proclaims the inscription, “King of Kings, King in Persia, King of countries.” Darius the Great had these words are carved in stone on a cliff at Mount Behistun, in what is now Iran. But Darius was just getting started. He tells us that 23 countries pay tribute to him. He ruled them and they obeyed. “What was said to them by me either by night or by day, that was done.”

Yet this Persian “king of kings” died when he was about 64. He built a great empire, but as to total control, poor Darius was kidding himself. We know from ancient records that his rule was marked by revolts and wars of all kinds. What he said to them by night or day — wasn’t always done.

The idea that a political leader can exercise compete and enduring control is a farce. When any politician, whether a county manager or an absolute dictator, starts thinking he’s got an iron grip, he needs to consider two things: he’s going to die, and God’s the one in control.

If he does, he’ll see he shouldn’t try to be his own version of King Darius. Instead, he needs to take a good look at another king. One named David.

David trusted in the sovereignty of God. He had ample opportunity to kill King Saul, the irrational ruler who sought to murder him. Yet David refused. When one of his war captains wanted to “pin Saul to the earth with one stroke of the spear,” David stopped him. “Do not destroy him, for who can put out his hand against the LORD’s anointed and be guiltless?” (I Samuel 26:8)

David knew God had promised him the throne. He wasn’t going to seize it through murdering the king. Faith in the Lord’s sovereign timing restrained David from great evil.

In our time, there are lots of despots and power-mongers, large and small, all over the globe. The Chinese Communist leadership. Vladimir Putin and his army of toadies. Bashar al-Assad of Syria.

Let’s take just one, North Korea’s Kim Jong-un. He is that little nation’s “general secretary for eternity,” “Supreme Leader,” and (drum roll please) “Chairman of the Central Military Commission of the Workers’ Party.”

There are many men and women whose power can’t rival Kim’s and the other tyrants of the world. They might hold only a small wedge of power, but they cling to it desperately. Their little fiefdoms become their power-centers, and they are fierce in holding onto them.

The Laughter of God

David was very mindful of how tiny his own power, or anyone else’s, really is. “When I look at your heavens, the work of your fingers, the moon and the stars, which you have set in place, what is man that you are mindful of him, and the son of man that you care for him?” he asks in the eighth psalm. That perspective enabled him to become, despite his great sins, “a man after God’s own heart” (I Samuel 13:14).

It was of people like Darius that David wrote, “The kings of the earth set themselves, and the rulers take counsel together, against the Lord and against his Anointed.” But David has news for them: “He who sits in the heavens laughs; the Lord holds them in derision” (see Psalm 2:1-4).

God laughs at them. Their “threat” to His sovereign rule over the world is as potent as that of a dust mite challenging a T-Rex.

The rulers and leaders of earth conspire and compete. They wage war and jockey for position. At the center of it all, they ignore the realities of God’s eternal rule and their own limited lives.

They might succeed for a while, but only a short while. “Behold, the nations are like a drop from a bucket, and are accounted as the dust on the scales,” Isaiah reminds us. “All the nations are as nothing before him, they are accounted by him as less than nothing and emptiness” (40:15,17).

We need to return to Darius and David. One of them carved inscriptions on a long-forgotten mountainside, heralding his grandeur. Now, we smile at his pretense.

The other offered the humble meditations of a shepherd-turned-king, one who knew there was a much greater Monarch Whose kingdom has no limit and no end.