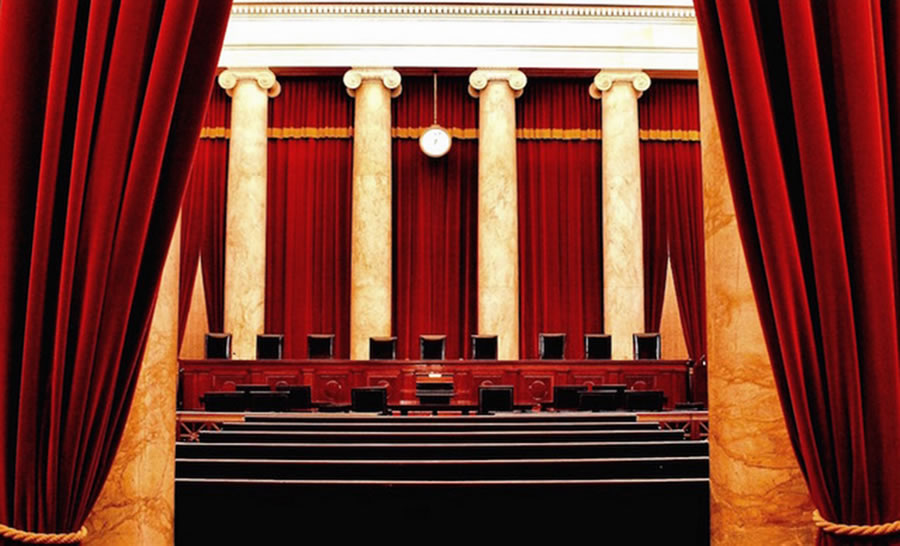 By Rob Schwarzwalder Published on September 17, 2019 •

If anyone ever doubted the desperation of the left, I have but two words: Brett Kavanaugh.

Unhinged Over Losing Their Toy

The left is nearly crazy about what’s happening to the Supreme Court. “The right wing’s determination to control the Supreme Court is undermining its legitimacy as well as confidence in the U.S. Senate’s approach to confirming nominees,” thunders E. J. Dionne in the Washington Post. This is the shriek of a landlord realizing he has lost his lease. For decades, liberal elites have considered the federal judiciary their own. Now, they are seeing it slipping away. To the people. Yikes!

As long as Barack Obama and Bill Clinton appointed “mainstream” (read: hard and fast liberal) jurists, all was well. And as long as Republicans appointed “moderates” (Anthony Kennedy, anyone?), liberals might whine, but wouldn’t go to war.

Ah, but now. In 2016, a president was elected who promised to appoint jurists who believe in the Constitution as a text with a defined meaning. The Senate has 53 Republicans. “We, the People,” have elected men and women who are appointing and approving judges who don’t believe the Constitution is as stretchy as Silly Putty.

So, unable to derail conservative jurists on the basis of their legal ability, American Bar Association ratings, or law school pedigrees, the left goes for a more brutal tactic: personal destruction.

The left attacks a devout Catholic like Amy Coney Barrett and a committed Evangelical like Allison Jones Rushing because of their faiths. Don Willett is “unqualified” to serve on the federal bench because he believes the Supreme Court’s ruling about same-sex marriage was legally unsound. And Patrick Wyrick, as Oklahoma’s Solicitor General, “defended a law that would have required minors to get a prescription before buying emergency contraception.” Imagine that: asking parents to be involved in their daughters’ decisions to take potentially life-threatening drugs. How ridiculous, right?

Abortion is the Obsession

Of course, abortion is the source of the left’s sense of panic. Senate Judiciary Committee Democrats like Diane Feinstein, Kamala Harris, Mazie Hirono, and Richard Blumenthal have made this abundantly clear. They have accused potential jurists of being religious bigots because they might allow their faith to influence their decisions. They might recognize a child’s inherent, unalienable rights. Christine Blasey Ford’s lawyer admitted protecting abortion was the real reason she accused Brett Kavanaugh. If Kavanaugh had supported Roe v Wade, that whole lurid charade never would have happened.

But the left’s quest goes beyond even abortion. Other rulings related to human sexuality are also critical. Blurring the meaning of gender, marriage, and even children is key to the far left’s plan to erode the family. By weakening the family, the state can step in to shape young minds and, thus, society as a whole.

Then there’s health care. The clear unconstitutionality of Obamacare did not keep a majority of the justices, in 2012, from upholding it. Now, with the repeal of the “mandate” (buy health insurance, or else), the liberal goal of ending private insurance is at risk. The recent proposals of some Democratic candidates to end private insurance produced outrage. Voters will never go for it. Determined “Medicare for all” advocates, though, would love the Supreme Court to require it. That demands packing the Court’s bench with die-hard liberal jurists.

Consider property rights, which the Founders saw as essential to our liberty. The Court this term affirmed that landowners could seek “just compensation” under the Fifth Amendment when local governments seize their property for “public purposes.” The Supremes ruled in favor of personal property rights by a 5-4 majority — a clean split between the five (relatively) conservative and four (definitely) liberal members of the Court. Imagine if Hillary Clinton had won. No doubt her appointed replacements for Anthony Kennedy and Antonin Scalia would have gone against liberty.

Conservatives Must Not Cower

It goes on and on. And like the attacks on Kavanaugh, it just won’t quit.

This is why conservatives must not cower when it comes to defending an independent federal judiciary. One composed of men and women who accept the final authority of a clear Constitution. Who challenge bad precedent; who care nothing about flattering profile pieces in the liberal media. And who believe their accountability rests with the people, under God, and no one else.

Brett Kavanaugh is, right now, the biggest target. Again. He won’t be the last.