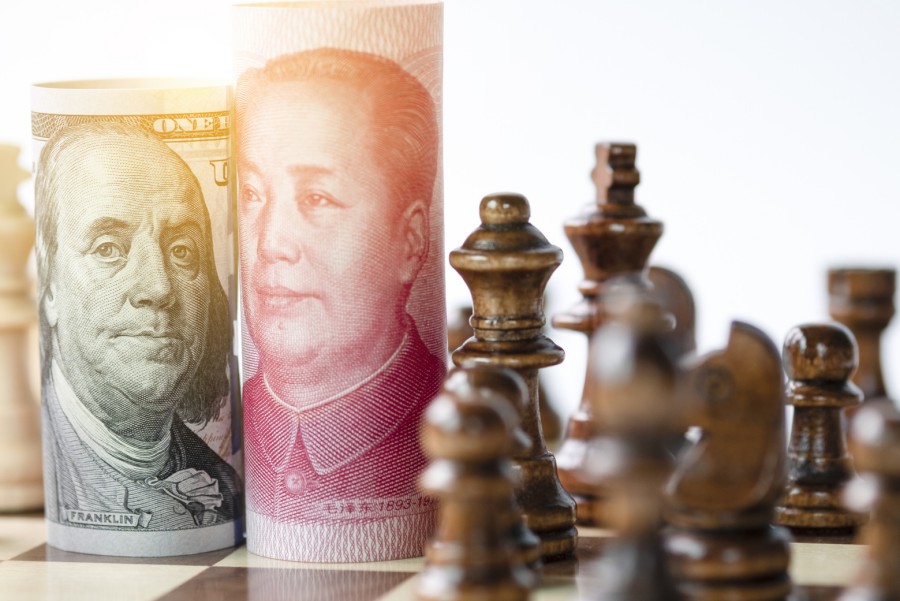 To the league’s credit, Commissioner Alan Silver grew some backbone. When the Chinese asked him to fire Morey, he effectively told the Chinese to jump in a lake.

What’s really going on? Simple: The Maoists at the helm in Beijing are flexing their economic muscle.

China’s internal oppression is well-known. The brutal crack-down on Christians and churches. The one million Uighur Muslims, an ethnic and religious minority, in “re-education” camps to drain them of their freedom and their faith. The thousands of Chinese troops gathered at the border of Hong Kong. And try forming a new political party in Beijing. Actually, don’t.

But China is discontent with its iron grip on its own people. It’s got a plan to supplant America, and bend the U.S. to its will. Here are just a few items to consider.

Belt and Road. China has what it calls its “Belt and Road” program. The country’s spending up to $1.3 trillion on ports and roads in about 65 countries around the world. Under Chinese ownership and direction, these “economic opportunities” for other nations become inroads to advance China’s interests.

How? By being “a Trojan horse for China-led regional development, military expansion, and Beijing-controlled institutions,” as one study puts it. By building strong economic ties with multiple nations, China will become the go-to partner for economic assistance. The U.S. and the free West will be pushed aside as Beijing becomes what Washington has been. Or so China hopes.

Tik-Tok. Tik-Tok is a massive state-owned social network. But it’s not a free one. It “instructs its moderators to censor videos that mention Tiananmen Square, Tibetan independence, or the banned religious group Falun Gong,” among other things, reports The Guardian. Yet Tik-Tok operates in the U.S. That’s why Sen. Marco Rubio (R-Fla) has called for an investigation of the company by Committee on Foreign Investment in the United States. The committee, part of the Treasury Department, “reviews national security implications of foreign investments into the U.S.”

Bullies on the Playground. China is becoming more demanding in its formal foreign policy. “Foreign diplomats in Beijing say that the behavior of Chinese officials has become far more aggressive and assertive in private meetings in recent years,” reports the ASEAN Post. And China is acting like a bully toward its Asian neighbors. Especially, of course, toward the Republic of China. (Usually called Taiwan, but as it’s free and friendly, I’ll call it by the name it gives itself. But also toward the Philippines and anyone else unwilling to let Beijing treat the South China Sea like its own private lake.

When current Chinese president Xi Jinping was a young bureaucrat in the 1980s, he and some of his colleagues stayed with some Iowa families for a short time. “We welcomed them as one of us,” says Sarah Lande of Muscatine, Iowa. “It seems to have made quite an impression.”

Not enough. Xi has now re-written the Chinese Constitution to ensure he can be re-elected for – well, life, if he wants the presidency that long. And Xi Jinping Thought, a 14-point affirmation of Communism’s complete control of the nation, is now “the [Communist] Party’s guiding principle.” It’s thoroughly Marxist. It is “the latest achievement in adapting Marxism to the Chinese context, and is an important component of the system of theories of socialism with Chinese characteristics,” a high party official said.

Preparing for a New Cold War

“We’re just not prepared to deal with these people,” says former House Speaker Newt Gingrich, who notes that China and Russia are now conducting joint military exercises. He’s right. Americans want to assume the best about people, and when people seem nice, we have a hard time believing they aren’t also good.

Christians need to love the Chinese people and pray for her leaders. And America needs to ready itself for a long and difficult competition with an unyielding Marxist power. The NBA challenge exposed China’s hand. No, China’s fist. Are we ready to resist it?