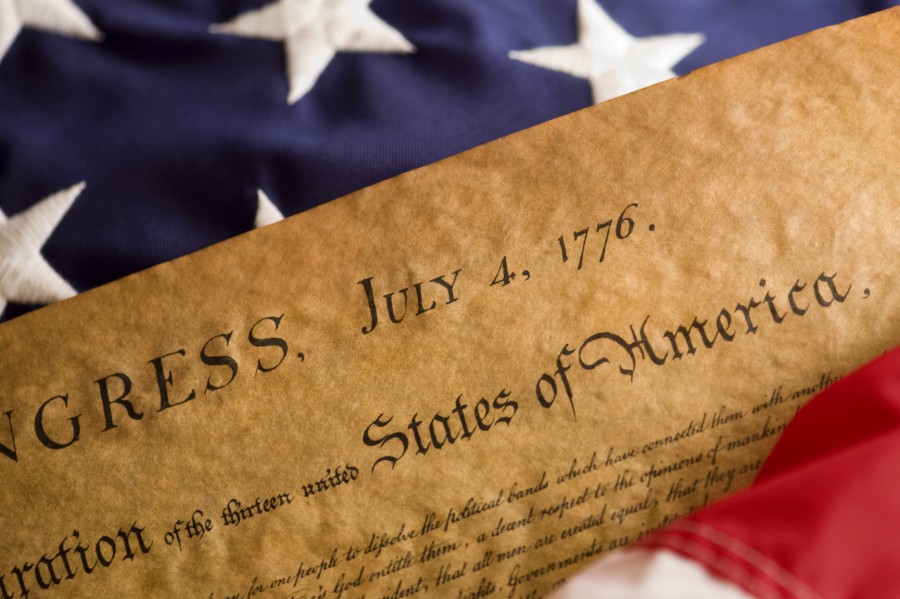 Mark David Hall is a distinguished historian and a committed follower of Jesus. His new book, Did America Have a Christian Founding?, comes out on October 29, and makes a powerful argument that Christian beliefs had a deep effect on the founding of our country. He teaches at George Fox University in Oregon.

Mark shared his insights with The Stream. He’s a good personal friend. The interview has been edited slightly for clarity and brevity.

Mark, the subtitle of your book is “Separating Modern Myth from Historical Truth.” What do you mean by “myth” and what are some of the most common ones you address?

By “myth” I simply mean a false story. It is very common for scholars and popular authors to assert things like: (1) most of America’s founders were deists; (2) that they created a “godless” Constitution; and (3) that they wanted to build a high wall of separation between church and state.

These claims are simply false. America’s founders were influenced in important ways by their Christian convictions when they broke from Great Britain and created America’s constitutional order.

Why do some authors distort the founders’ views and foster myths about them?

I don’t think most who write about Christianity and the founding intentionally distort Christianity’s role, but many do. In some cases, they’re looking for evidence to support their own beliefs.

For example, they write as if Jefferson’s 1802 letter to the Danbury Baptists shows that faith is immaterial to politics. It doesn’t. Jefferson wrote to the Baptists to assure them the government would not take away their religious liberty. So, some historians focus on unbelievers like Jefferson and Franklin and then generalize from them about all the founders.

You make the point that even if some of the founders were not personally Christians, they were influenced by Christian ideas. What are some examples, both of individuals and of the Christian beliefs that shaped their outlook?

James Madison was very private about his religious beliefs, so I’m not prepared to say he was not a Christian. Neither can we say that as a mature adult, he definitely was an orthodox Christian. But Madison was educated by Calvinists, including a Presbyterian minister about whom he later said, “All that I have been in life I owe largely to that man.”

Calvinists, of course, emphasize human sinfulness, a lesson Madison learned well. That’s why he helped design a Constitution characterized by the rule of law, separation of powers, checks and balances, and federalism.

You make it clear that Thomas Jefferson and John Adams rejected orthodox Christian teaching on the deity of Christ, His atoning death, and so forth. What did they believe, and why are some writers so insistent on claiming they were Christian believers?

They believed in a Creator God, and both founders considered themselves Christians. Some well-meaning Christian writers are drawn to select documents they authored such as Adams’s 1798 letter where he wrote that “our constitution was made only for a moral and religious people. It is wholly inadequate to the government of any other.” This sounds like something a pious Christian might say, but if one digs deeper it’s clear neither Jefferson or Adams are orthodox Christians.

You write that the nation’s founders “drew from their Christian convictions to design a constitutional system that would protect the rights of all Americans.” Please explain.

Like Madison, almost all founders believed people are sinful and that even Christians struggle with “the old man within.” They would not affirm the Enlightenment belief that man could be perfected and, with effort, build heaven here on earth. They believed sinful people could still have personal virtue and that this equipped them for ordered liberty. But not utopia.

God’s Law and the Separation of Church and State

What are “natural law” and “natural right,” and why are they essential to understanding both the Declaration and the Constitution?

Natural law is God’s moral law, which is binding on all people, in all places, and at all times. Natural rights are derived from this law. So, for instance, natural law says that murder is wrong. That can be turned into a natural rights claim, namely that individuals have a right to life.

Such claims are everywhere in the political literature of the founding era, perhaps most famously in the Declaration of Independence’s statement that “all men are created equal; that they are endowed by their Creator with certain unalienable rights; that among these are life, liberty, and the pursuit of happiness.”

Many people on the left raise “separation of church and state” like a fist whenever Christians discuss how their faith influences their role in politics. What’s the real meaning of this phrase?

In the late 18th century, Christians led the opposition to established state churches because they concluded they hurt rather than helped Christianity. But it doesn’t follow that they built a wall of separation between faith and public life. The First Amendment to the Constitution begins “Congress shall make no law respecting an establishment of religion.”

This clause essentially means what it says. The United States, and since 1947 the states, cannot have an established church. But this in no way prohibits things like legislative chaplains, presidential calls for prayer, and religious displays on public land. And it certainly doesn’t restrict the ability of people of faith to participate in politics.

In recent years, Christian florists and bakers and others have been sued for refusing to participate in same-sex weddings. Is this sort of thing a departure from our historic understanding of religious liberty, especially as believed and practiced by the founders?

Absolutely. These small business owners are accused of violating laws prohibiting discrimination on the basis of sexual orientation. These creative professionals should be granted exemptions that permit them to run their businesses according to their religious convictions.

The founders understood and approved of such exemptions. For instance, they exempted religious pacifists from military service. The Constitution itself contains an exemption that permits Quakers and others who object to swearing oaths to affirm them instead.

You close your book by noting that unbelievers benefit from the faith of the founding fathers, in that limited government and the rule of law are grounded, in large part, in Christian teaching. What do you say to people who argue that we can ground our rights in something other than the God of the Bible?

The founders’ Christian beliefs informed their political and legal views. But it’s possible for non-Christians to arrive at the same conclusions for different reasons. For example, one might observe that men and women are self-interested and thus support the separation of powers, checks and balances, etc. Also, there are many non-Christian arguments for natural rights.

I’m perfectly happy to work with someone who believes in a robust conception of religious liberty, but thinks that this right is grounded on reason alone. But I don’t think that argument is as strong as the Christian case for what many founders called “the sacred right of conscience.”