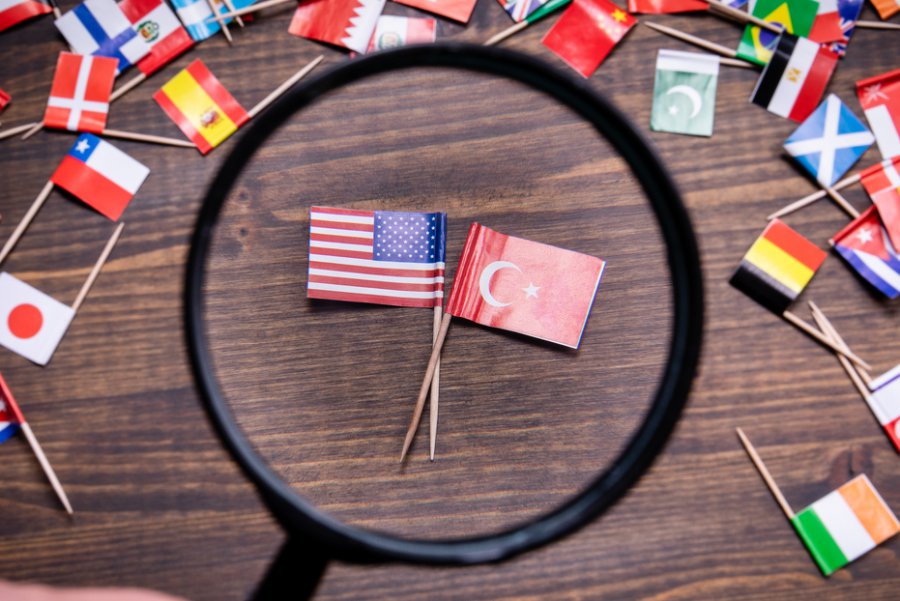 American foreign policy depends on the confidence other nation’s have in our word. Under Barack Obama, we eroded the world’s faith in our commitments. Donald Trump fixed some of them. Here are but three examples:

Poland: On September 1, 2009, Obama announced that the U.S. would not build a long-planned missile defense base in Poland. Russia rejoiced.

Trump changed this. He authorized construction of an advanced missile defense system in Poland to protect the nation against Russian aggression. It should be in place next year.

Syria: Remember the “red line” Obama declared would provoke a U.S. response in Syria? If Bashir al-Assad, Syria’s dictator, used chemical weapons against his own people, America would intervene. Almost a year to the day after he made that threat, Assad slaughtered 1,400 of his own people. Using sarin gas, which causes paralysis and convulsions prior to death. The U.S. did nothing.

Under Trump, we did. When Assad again used chemical weapons on his people, the U.S. responded by firing 59 Tomahawk missiles at Syria’s Shiryat airbase.

Ukraine: Perhaps you recall the Russian invasion of eastern Ukraine in 2014. Obama did … nothing. Well, not quite. We didn’t send them the military aid they needed. We provided the Ukrainians with food. This changed under Trump, who approved selling the Ukrainian government $47 million worth of Javelin antitank missiles.

So far, so good. But now Trump has shaken our allies and encouraged our adversaries with his sudden removal of American forces from northern Syria. Turkey’s incursion displaced as many as 300,000 Kurds, loyal allies of the United States.

“These people fought with us, based on the promise that we’ll continue to support them,” Lt. Gen. (ret.) Jay Garner said of the Kurds. “It’s a complete betrayal — I have no other word to describe this decision.”

The President’s decision threatens not only the well-being of the Kurds, empowers ISIS, and places Christians in the region in an at-best dangerous situation. It also brings into question the trustworthiness of the United States.

Trump’s actions have “solidified an already widespread belief in the Middle East and beyond that the United States is not a reliable ally,” Foreign Policy reports. “As Russia and Iran offer the Syrian theater as proof that they are reliable partners that will stand by their allies, state and nonstate actors will pivot from Washington toward Moscow and Tehran.”

The President seems to have an odd belief in his ability to negotiate with some of the world’s cruelest men – Vladimir Putin, Kim Jong-Il, Xi Jinping, Recep Erdogan. At the same time, he seems to have a chip on his shoulder when it comes to most U.S. allies. (Except, thankfully, Israel.)

His pressing of our NATO allies to pay more for their own defense is a good thing. Yet pulling out of this essential alliance seems to remain on the back of his mind. And often on his lips.

Armchair critics can ponder this all they want. That’s not my intent. For me, the bottom line is pretty simple: We can’t betray allies and friends and expect to be trusted by them. Or by the many nations that have yet to decide whether to ally with the free West or with China or Russia.

“A future president won’t only have to repair the damage to America’s reputation,” writes Daniel Larison in The American Conservative, “but will have to rebuild tattered relationships with allies and other major economic powers.”

Sadly, Larison is right. Even if one agrees with the president’s decision to remove American forces from the region Turkey has now invaded, the way he did it was stunning. Sudden. Without warning. And seemingly unconcerned with consequences.

Mike Pence’s intervention and the threat of massive sanctions against Turkey are fine and good. But no one should be shocked at Erdogan’s actions. We are cleaning-up a mess we need not have made.

“The betrayal of the Kurds will lead friends and foes to doubt Mr. Trump’s America,” says The Economist. “That is something both Americans and the world should lament.”

Whatever gloss the White House is now trying to put on this disaster, it is as sheer as a negligee. And we are entering a very wintry season.