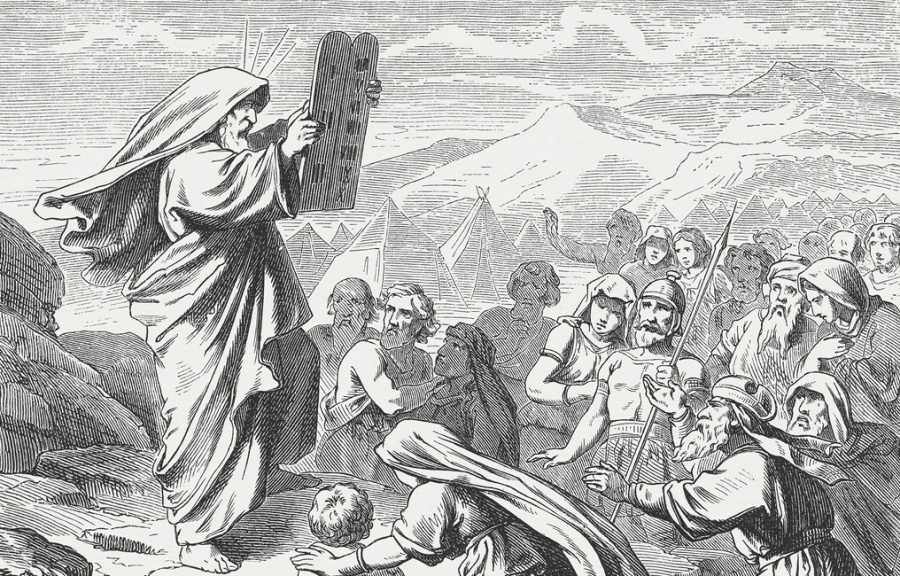 By Rob Schwarzwalder Published on September 22, 2019 •

Last month, United Methodist Bishop Richard Wilke called for accepting practicing homosexuals into his church. Retired in 1994, he’s loomed large in his denomination for many decades. He and his late wife wrote the influential “Disciple Bible Study” program. He’s a voice people listen to.

Then his own daughter announced her lesbianism. That led him to “a more in-depth examination of the Scriptures that address the issue of homosexuality.” Sure enough, Wilke concluded that the Bible’s teachings about same-sex intimacy amount to a “few misunderstood passages of Scripture.” He insists real Christianity requires approval.

There is no question that having a daughter who is a practicing lesbian would cause any loving parent great pain and soul-searching. But soul-searching and cherry-picking the Bible are two different things.

In his call for the United Methodist Church to reinterpret the biblical texts on human sexuality, Wilke argues that “not all passages in the Bible were created equal. … There is a reason many Bibles use red letters to set Jesus’ words apart.”

“The hatred and condemnation of others all seems to be the very opposite to both the action and the teachings of Jesus,” he says. “Again and again Jesus placed kindness and acceptance over custom and social norms.” He concludes that “Christ followers” must accept “the LGBT community in light of Jesus’ ministry.” By “accept,” he means “approve.”

This is tragic, both for its horrible logic and the consequences it invites. First, Christians affirm that all of God’s written Word, from Genesis 1:1 through Revelation 22:21, has been uniquely inspired by God. It is free from error in all it affirms. This is Scripture’s own witness to itself. To take just one passage, consider the words of the psalmist: “Your Word, oh Lord, is settled in heaven forever” (Psalm 119:89).

Not some of God’s Word. The Word comprehensively. To elevate some of Scripture and to diminish the rest is like saying the left eye is more important than the right. It is arbitrary, false, and dangerous.

Second, Christians know how to read the Bible. Those who dismiss the Bible’s teachings about homosexuality usually say what Wilke says: The Old Testament’s “holiness code” was “not intended as a universal morality. It was peculiar to the Hebrews — and to the times.”

Doesn’t the Bible condemn eating shellfish? Didn’t Jesus heal lepers and the families of Roman soldiers? Those biblical writers (Moses and Paul especially) were bound by the limits of their time. We know better now.

People like Bishop Wilke don’t seem to grasp something everyone from Justin Martyr in the second century onward has understood. The Mosaic law has three basic components.

First, the ceremonial aspects. They pertain to things like the extensive sacrificial system and the purity requirements for personal conduct. These pointed to the need for utter holiness before an utterly holy God. This includes the rules people like that against eating shellfish.

And those no longer apply. Jesus is the true and perfect sacrifice for our sins. Christians receive His purity in their standing before God. The ceremonial code is done.

Second, the civil or judicial code, designed for the people of Israel as they lived “in the land” (Deuteronomy 4:5). In other words, for a given society at a given time. The principles still apply, but the specific time-bound rules don’t. The law included penalties for when someone’s ox gores another person. We have laws for restitution when we’ve harmed another person (that’s what car insurance if for).

Finally, the universal moral law. It’s the same for everyone, at all places and times. This includes God’s command that sexual intimacy be reserved for the covenant of one-man, one-woman marriage.

Remember Jesus’s words about the Law of Moses. “Do not think that I have come to abolish the Law or the Prophets. I have not come to abolish them but to fulfill them. For truly, I say to you, until heaven and earth pass away, not an iota, not a dot, will pass from the Law until all is accomplished” (Matthew 5:17-18).

Jesus fulfilled the Law perfectly. He obeyed the ceremonial law, then He abolished it. He confirmed the principles of the juridical code. And He affirmed the eternal truth of the universal moral law.

He met all the law’s moral demands in heart and mind, word and conduct. He took the eternal punishment we deserve as He hung on the cross, the real sacrifice in place of the representative ones. What remains is the obligation to obey the clear moral teachings of His Word.

Bishop Wilke, you know what the Bible teaches. Its teaching on sexual intimacy express God’s will for all mankind for all time. It’s not “a few misunderstood passages of Scripture.” It’s the truth that sets us free.

Christians must obey the biblical teaching as a matter of discipleship. Unbelievers must recognize the moral law they must obey but can’t. But the God who gave the law gives us the grace to obey it, by accepting His payment for our sins and the new life promised through His resurrection.