A bit of advice before Thursday night's debate. 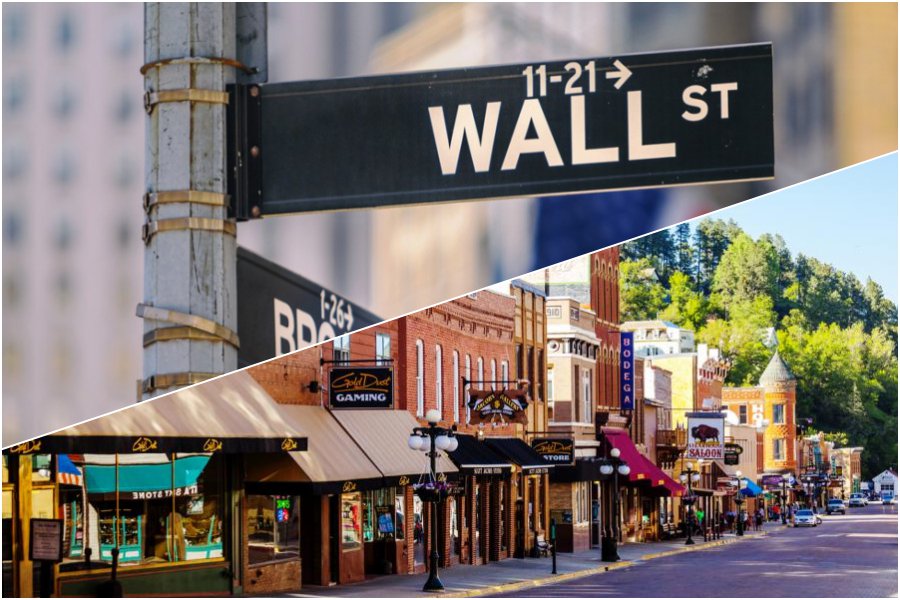 By Rob Schwarzwalder Published on September 12, 2019 •

“Wall Street executives may hate us. That’s fine. This campaign is about standing with the working people of this country,” says multi-millionaire populist/socialist Bernie Sanders. Not to be outdone, Elizabeth Warren’s economic plan “targets Wall Street and private equity ‘vampires’.” Joe Biden declares, “This country wasn’t built by Wall Street bankers, CEOs, or hedge fund managers. It was built by the American middle class. It’s time we recognize that.” The fact that Biden’s campaign is being built by Wall Street is another matter, I guess.

These “us against them” one-liners are more than divisive. They’re based on an understanding of the economy that’s plain false.

Wall Street and Main Street depend on each other. Say that you’re a big company and need a loan from a big financial organization to expand your business. Wall Street provides funding for your new project.

With that funding, jobs are created. Not just at the new plant, but all around it.  The new employees will need supermarkets and houses and apartments. They’ll need gas stations and furniture, kitchenware and lawnmowers. They’ll also want restaurants and movie theaters and cable TV. And they’ll want to buy cars and clothes have hospitals and build schools to educate their kids.

A lot of these small and mid-size businesses and services will themselves need financing. Local banks and credit unions will provide it.

There’s another level beneath this, too. Who supplies the suppliers? The tables and chairs and lunch meats and tires and men’s ties don’t just appear.

Consider the typical big American grocery store. Consider: Say you want to buy some coffee. My own nearby supermarket, one much like those within an easy drive of almost all Americans, features 1,169 varieties of coffee beans (ground and un-ground), coffee pods, coffee makers, freeze-dried coffee, and so on. Not to mention various boutique coffees and coffee additives (sugar free salted caramel flavoring syrup, anyone?). And even, yes, a coffee “complexion glaze.” And also multiple tea and cocoa brands.

And that’s the typical big American grocery store. A wealth of choices, at a range of prices, available at the right size for you, safe to drink, and from all over the world. That’s just coffee, which is, let’s admit it, a luxury item. The things we really need — fruit, vegetables, meat, milk — we can find on the shelves in abundance and at affordable prices.

Products, services, and goods of all kinds are all entwined. Trying to separate big, medium, and small companies that provide them, and the hometown banks and Wall Street firms that help get them off the ground, is like trying to cut down a tree without damaging its bark.

In the same way, we can’t attack big companies without also attacking their suppliers. The “little guys” on “Main Street” who make everything that goes into a single, complex product.

And Wall Street — Apple, LG, Sony, and others — help make one thing almost everyone loves. It makes the smartphone. And only Wall Street working with Main Streets all over the world could make the smart phone.

The Institute on Faith, Work, and Economics (IFWE) has made a short film that explains this. “I, Smartphone,” shows how a single, portable smartphone carries within it incredibly refined technologies and multiple parts. Lots of people in lots of companies working together in a market-coordinated process create the smartphone. Without Wall Street and Main Street, you can’t use your phone to get home when you’re lost or keep in touch with your kids when you’re away. Or snap that selfie at the Statue of Liberty.

Engineers and mathematicians in little laboratories from Los Angeles to Liverpool have pooled their talents to create the tiny “motherboard” that has more power than the electronics on the Apollo spacecraft. They developed the touchscreen. They created the system of towers and satellites that lets you get a call from nearly every spot in America. We don’t get this without Wall Street’s support for massive investments in R&D.

And the parts. The materials come from all over the world. The plastic case is made from oil. The copper for the wiring and the rare earth minerals have to be mined. The metal and glass parts have to be made.

IFWE explains, “God has given us the market process as the most powerful tool we have in a fallen world to serve each other by using our gifts.” But “I, Smartphone” also teaches us that companies of every variety, large, medium, and small, in towns and cities of all sizes and places, work in tandem to make our economy prosperous and free.

Attacking Wall Street and large corporations might get people to the rallies of liberal politicians. But the Democratic candidates do no one any favors when they turn one key element of our economy against another.

Sanders, Warren, and Biden might win an election, but the cost to the workers they claim to care so much about could be much greater than any pseudo-socialist might ever grasp.