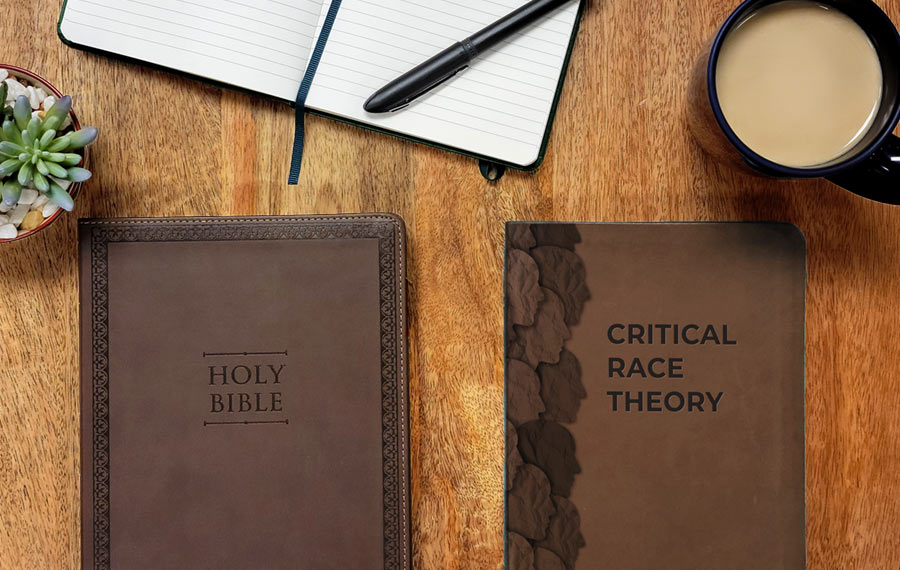 It happened so fast. It was only a year or so ago that hardly anyone was talking about critical race theory. Now it’s serious news, especially in schools, where if you disagree with CRT, you must be a bad person. Schools want to teach it for “diversity and inclusion,” and opponents are bigots who don’t want their kids learning a thing about racism. There are reasons some of us oppose critical race theory. Are they good reasons? Or are we bad people?

When a major public issue comes at us with such a strong message of right vs. wrong, good vs. bad, it’s time for churches to speak up. If the culture is this confused, congregations surely are, too. They need teaching. Yet it’s quite a safe bet, Pastor, that you didn’t study this in seminary. You had no idea you were signing up for this. Here it is, though, and here your congregation is, looking to you and other teachers for guidance.

And you didn’t just “sign up,” anyway. God Himself called you into ministry. He knew He was setting you in leadership for times like these. He intends to equip you in all ways to serve — even by teaching on something as tough as CRT. This one really is complicated. It’s loaded with emotion, and it’s intellectually complex. My purpose in this article is to break down some of that complexity and give you some handles on it you can teach from. Elsewhere I’ve produced a sample sermon, both text and audio, that you can use for prep material.

The confusion begins when you start trying to define CRT, as everyone has a different definition for it. So I went straight to a source that ought to have some authority on it: Critical Race Theory: An Introduction (3rd ed.), written by leading “crits” (critical race theorists; it’s their own term) Richard Delgado and Jean Stefancic.

Obviously CRT is about racism. Being theory, it starts with analysis. Its analytic work has roots both in postmodernism and in cultural Marxism. If you think that’s bad news for CRT, you’re right.

One immediate effect of that: If you think it’s good at least for analytical purposes, it isn’t.

With this article The Stream begins a series of “explainers” on spiritually relevant cultural issues, especially for pastors and other Christian leaders. We want to give you accessible, accurate information in a form you’ll find useful for ministry. Articles will follow this same basic template:

We’re launching a new thing here, and we want to serve your needs. We’re eager to hear your feedback on what’s helpful, what isn’t, and what you may want us to add.

In Crits’ Own Words

Don’t be fooled: This is not your parents’ civil rights movement. Hear how Delgado and Stefancic explain the difference:

The critical race theory (CRT) movement is a collection of activists and scholars engaged in studying and transforming the relationship between race, racism, and power. … Unlike traditional civil rights discourse, which stresses incrementalism and step-by-step progress, critical race theory questions the very foundations of the liberal order, including equality theory, legal reasoning, Enlightenment rationalism, and neutral principles of constitutional law.

“Radical measures are in order,” they say elsewhere. This isn’t mere theory: It’s an activist movement, and a radical one at that.

CRT branches out in multiple directions, including “white privilege,” “woke,” “institutional (or systemic) racism,” and the idea that all whites are racist. Rather than following all these branches, though, we’ll focus here on CRT’s roots, its worldview commitments. (We’ll devote another explainer to the “woke” movement, as it’s virtually a religion of its own.)

As with any movement, CRT’s worldview foundations are best seen in its views on six basic issues:

Ultimate Reality: God doesn’t matter. They don’t say that in words, but it comes out in silence. It may be the most important issue on the planet, but as far as they bring God in the picture, He might as well not exist. This comes as no surprise: Critical theory’s roots in Marxism and postmodernism are decidedly atheistic.

Being Human: CRT tends to focus more on what separates us as humans than what we have in common. I see nothing in it having to do with the image of God. CRT’s view seems more in line with the same economic-materialistic determinism mentioned above: To be human is to be in a struggle with others for what we want. It’s a far cry from the Bible’s view of humans being created in the image of God.

Goodness: What should humans strive to be? What is the good we should seek? One answer dominates them all: equity. Specifically, it’s about racial groups — not individuals, for individuals all but disappear in CRT, but groups — having equal outcomes in life, both economically and politically. This is social justice, this is the good society CRT strives for. Almost entirely missing from this analysis is any mention of spiritual goods, relationship with God or other humans, the classic virtues (see page 7 here), or any thought of preparing for eternity.

Obstacles: What blocks us from achieving this desired outcome? In the U.S., it’s whites. It’s their power (see page 4 here), and it’s their incessant use of it against Blacks, especially through structures and institutions inherently designed to keep them from achieving justice and equity. There is quite obviously no mention in CRT of any problem of sin, as the Bible understands sin to be.

Solutions: How do we overcome this obstacle? Radical measures are in order, as incremental change has never been enough to overcome structural racism. Those radical measures are rarely spelled out, though in practice we’ve see it in cities’ burning last summer. Whites in particular must “check their privilege,” and become “anti-racist.” It’s a legalistic, shame-based solution if ever there was one — they’ll even say so at Psychology Today! No such requirement falls on Blacks. I hardly need mention that Christ, the One who came in both truth and grace, has no part to play in this.

Truth: What is truth, and can we know it? CRT seems to assume both that we can and cannot. It tends to follow a postmodernist theme in saying that all language is a matter of power games rather an expression of factual truth. Persons of color nevertheless have special access to authoritative truth through “lived experience” unavailable to whites. Though some truths are relative and some are private, it is certainly true for crits that whites oppress Blacks, and that radical action is called for. Obviously there’s nothing to be found in it having anything to do with biblical revelation.

With that as a very (very!) brief overview, what difference does it make to your ministry? How should you as a pastor respond to questions about CRT in your church?

First, we all need to be very clear about racism. The Bible has no place for it, the Cross leaves no room for it, and God’s kingdom will include all, equally and joyfully (Rev. 7:9). Racism is a problem, and we should unite in trying to solve it. By now it should be clear that CRT is no solution, though.

Second, for dealing with CRT itself, grace and truth (John 1:14,17) should be your guide.

We have a biblically-centered sample sermon prepared on it in both text and audio, to give you tracks to run on as you prepare to preach on it. What follows here are some quick suggestions for your ministry with individuals who have questions about CRT, or who may even support it.

With Individuals Who Don’t Agree

Grace leads us to love those with whom we disagree. If they support CRT, they’re likely doing it for what seem to be good moral reasons. They want justice. They want racism ended. This is good and worthy of support. They probably don’t know the bad side of CRT; they just think it’s the latest, most current and up-to-date way to do what’s right. Or they might know CRT through and through, and love it for what it is, not caring about its flaws with respect to biblical reality.

Which one is it? You can’t know until you’ve heard from them. Listening is often the best way to show love, anyway. (And by the way, the best first step in reducing racism itself may be to spend time listening to persons of other races.) So if someone in your church wants to promote CRT, I suggest you listen to them. Ask them what CRT means in their view, and what led them to that conclusion. Support their good intentions, and let them know you care about them as a person.

Ask them, too, what they know about CRT’s worldview foundations, its answers to the questions above. Chances are they won’t be expecting that question and they won’t be prepared to answer it. That’s when you can ask, “We absolutely believe in fighting racism here, but we know too much about CRT to do it that way. Would it surprise you to know that CRT rests on a pretty rotten foundation?”

If all goes well (these things can’t be fully scripted!), that’s when you have the most teachable moment to share the truth with them. They might even ask you for your opinion, and if they do, you should feel free to go right ahead with it.

Truth, then, requires you to share why CRT is wrong, starting with the information above. It’s wrong enough that if anyone is teaching it in your church, you ought to step in with full authority (per Paul’s multiple instructions in the book of Titus) and stop them.

Book: Helen Pluckrose and James Lindsay, Cynical Theories: How Activist Scholarship Made Everything about Race, Gender, and Identity—and Why This Harms Everybody, recommended with considerable caution. You can learn much about CRT in it, and that’s its value in this context. You’ll also discover that the authors’ perspective is atheistic, their stance on sexual morality is not biblical, and they catch only the postmodern roots of CRT to the near-exclusion of its Marxist foundations. Given that caution about what you won’t learn right about CRT etc. in this book, there’s still much you can learn.

Also recommended by a reader, written by black authors:

White Guilt: How Blacks and Whites Together Destroyed the Promise of the Civil Rights Era, by Shelby Steele.

Please Stop Helping Us: How Liberals Make It Harder for Blacks to Succeed, by Jason Riley.