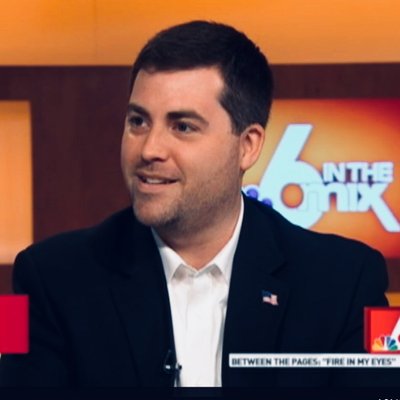 Tom Sileo < Back to Voices

Tom Sileo is a Contributing Senior Editor at The Stream. He is an author and award-winning journalist who spent more than eight years working in local and national newsrooms.

In 2017, Tom co-authored 8 SECONDS OF COURAGE: A Soldier’s Story from Immigrant to the Medal of Honor (Simon & Schuster) with wounded U.S. Army combat veteran Flo Groberg. He also co-wrote FIRE IN MY EYES: An American Warrior’s Journey from Being Blinded on the Battlefield to Gold Medal Victory (Hachette, 2016) with wounded U.S. Navy combat veteran Brad Snyder and BROTHERS FOREVER: The Enduring Bond Between a Marine and a Navy SEAL that Transcended Their Ultimate Sacrifice (Hachette, 2014) with retired U.S. Marine Col. Tom Manion.

Tom’s first solo effort will be published by retired U.S. Marine Lt. Col. Oliver North’s Fidelis Publishing on November 11, 2022. BE BOLD: How a Marine Corps Hero Broke Barriers for Women at War will tell the remarkable true story of Maj. Megan McClung, the highest-ranking female Marine killed in the Iraq war and the first female U.S. Naval Academy graduate in American history to lose her life in combat.

In 2016, Tom received the General Oliver P. Smith Award from the Marine Corps Heritage Foundation for an article he wrote for The Stream. Between 2010 and 2012, Tom received three consecutive Military.com blogging awards for his website, The Unknown Soldiers. In 2010, he was awarded a Robert Novak Journalism Fellowship by The Fund for American Studies.

A U.S. Air National Guard HC-130J Combat King II aircraft flies over Joint Base Elmendorf-Richardson in Alaska on October 19. 2022. Have a great weekend, everyone!

Military Photo of the Day: Live Fire Gunnery Exercise in the Philippine Sea

‘I Am More Scared of Being Nothing Than I Am of Being Hurt’: A Be Bold Excerpt

Military Photo of the Day: Parachuting With the American Flag

Military Photo of the Day: Firing an M2A1 Machine Gun During a Field Exercise

Military Photo of the Day: An F/A Super Hornet Launches from the USS Ronald Reagan

Military Photo of the Day: US Army Field Training Exercise in Germany