Christianity Today Article on Pastors’ Sagging Credibility: So Right, Yet So Wrong 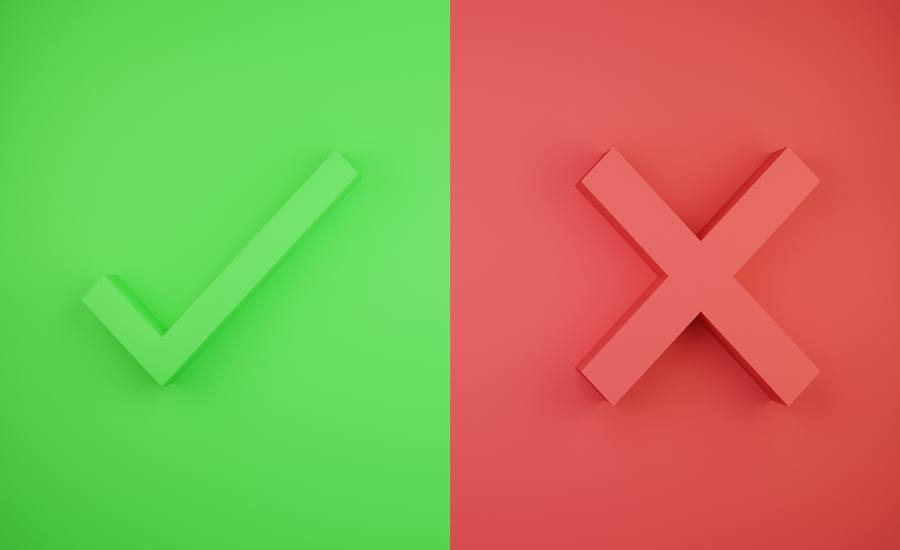 The title caught my attention: “As Pastoral Credibility Erodes, How Can We Respond?” The article brought in new data from the Barna Group documenting the issue, and for half the problem it gave a great recommendation. The other half it missed so badly it could make things worse, not better.

Let me tell you, this is a challenge. I’m trying to tell you how bad it was while also saying how good it was, because it was both, and both sides matter.

The author is Glenn Packiam, associate senior pastor at New Life Church in Colorado Springs. The article, an excerpt adapted from his book The Resilient Pastor: Leading Your Church in a Rapidly Changing World (Baker Books, 2022), was published recently in Christianity Today.

The analysis it reports rings true. In 2016, the Barna Group found that 28 percent of Americans view pastors either “somewhat” or “very” negatively. A smaller number, only 24 percent, view them in a positive light. Even fewer, about one in five Americans, “think of a pastor as very influential in their community.” (The article has fallen behind a paywall, so I’m quoting directly from the book instead.)

On social and ethical issues, the Barna Group found that fewer than one-quarter of Americans find pastors “very credible” on the “important issues of the day.” It gets worse: Most pastors in America (56 percent) see themselves as “not reliable” on issues of politics and justice.

Packiam hammers it home: “Think about it: nearly half of American evangelicals don’t see their pastors as being an authoritative voice for navigating current affairs.” (His emphasis.)

This is more than mere theory. It matters in real people’s real lives.

The Problem In Real Life

Just recently a friend described what it’s like where he works as a manager in a major corporation. His co-workers keep pushing him on ethical issues, especially related to sex and gender. “They’re watching to see when I’m going to break,” he said, implying that they’re trying to get him there.

Another friend, a manager in another corporation, said he couldn’t go to Chick-fil-A for lunch, or if he did, he couldn’t let anyone at work know about it. Chick-fil-A has been known for its “anti-gay” attitudes, as his co-workers would call it, and he got in real trouble when he let them know he went there.

Worse yet, he got in trouble for not doing anything at all. All the other managers with offices near his had put LGBT “ally” stickers on their doors. He wouldn’t do it, as a matter of biblical principle. That made him stand out as bad person in their eyes. It’s been a while since we had that conversation, but I think he said it was so serious, HR got involved.

No Help From Church??

Pressure like this is great enough, and common enough, entire denominations have crumbled under it. Individual church members young and old are likewise falling away by the thousands.

But when I asked this second friend if his church gave him any counsel or support on these things, he said no. I give him great credit for standing strong, but I’d also bet there were people in that church who were under the same kind of pressure, and gave up on the faith for lack of godly wisdom and support.

The article ends up saying the wrong thing, and that bothers me. It bothers me even more that my friend Bill didn’t know who could help him at his own church.

What happens when your boss says it’s your job to organize this year’s Gay Pride event? Or the grad school you’re attending says you don’t graduate unless you go all in on critical theory? Or your daughter is swimming in competition against a biological male who says he’s female?

Pastors may not have known they were signing up for this when they entered the ministry. No matter: If morality, ethics, conscience, and biblical truth are pastoral concerns, then pastors either need to get equipped in these tough issues, or they need someone taking on that responsibility for the church. Because people need that support.

The article has recommendations, naturally, and it comes down to this: Pastors need to take on a more humble and godly approach in their use of power and authority.

From small country churches to ubermegachurches, many pastors have been found to be bullies and hypocrites, alcohol abusers and womanizers. The crisis of credibility is a symptom. The misuse of authority is the root cause.

That’s great counsel. Packiam expands on it in his book, which is well worth reading. I could quibble with some points, but this one is as biblical as can be, and I can certainly support his counsel here from my own experience. My kids’ former youth pastor is in federal prison for sexual misbehavior with minors, to whom he gained access through his position of authority. You could not imagine the devastation he left behind him.

It’s not just that one instance. I’ve suffered badly under pastors and mission agency leaders who abused their power. Clearly the first requirement for a pastor is godly character.

And that’s what Packiam recommends. In the article, it’s all he recommends. The same is true for his book’s chapter on pastoral credibility.

You can see it in the quote above: Misuse of authority is the root cause behind pastors’ credibility problems. His article offers no other counsel but to address and solve that authority problem.

Something’s missing there. Look again at the quotes above that one, put them together, and you’ll see how it comes out:

American pastors lack credibility as significant sources of wisdom on the important issues of the day, including justice and politics. Therefore they should be more godly in their use of authority.

I trust the problem is obvious.

Character is important, but character alone won’t do the job. Pastors won’t be credible on the important issues of the day until they speak with character, with knowledge, and with proper authority on those issues.

The article was wrong not to include that, and I’m not just quibbling or hair-splitting when I say that. I’ve told you about two friends who know how much it matters. They really ought to be able to expect guidance and support from their churches. Every Christian ought to be able to count on it.

Granted, one article can’t say everything, but the omission said something, too, and what it said was wrong: “The world is throwing all manner of complexities at your church and your people, so what you need to do is to use your authority the right way.” And by implication, “If there’s anything else, it’s not important enough to mention.”

There’s more to the story, of course; there always is. I am being careful here to say, “The article was wrong,” not, “Dr. Packiam was wrong.” I’ve exchanged emails with him and I’ve read his book. Though he declined my request for an interview, the book and emails gave enough context to assure me he knows the other half of the answer matters, too. I’ll quote from one of them:

Increased competence in general would greatly help pastoral credibility. And certainly, the kind of competence you are describing would help. However, it isn’t realistic to stay informed of the nuances of every field or conversation. In fact, as I mention in the chapter, pretending that we know more than we do is part of what has gotten us into trouble.

Perhaps being conversant more than competent is more realistic goal. And in being conversant with a particular cultural conversation includes curating a constellation of voices that could guide our church through that issue.

That’s what the Pastors’ Corner is all about. Our purpose isn’t to say, “Study harder!” but rather, “We’re here to help you study easier.”

That makes sense. It really is unrealistic for pastors to be on top of all the issues. Here at The Stream’s Pastors’ Corner, we’re working to help pastors become “conversant” in them, as he put it. It’s a good word choice.

It still leaves me unsettled, though. The article’s readers don’t have all this context. I wish it would have at least mentioned that there was more to solving the credibility problem than just character. It ends up saying the wrong thing, and that bothers me. It bothers me even more that my friend Bill didn’t know who could help him at his own church.

It bothers me enough to put my money where my mouth is. As wrong as it was for this article to leave out the competence part of the credibility equation, it would be a greater wrong to stand at a distance and tell pastors they’ve got to study harder. I believe most pastors wish they could, but they’re already working too many hours.

That’s what the Pastors’ Corner is all about. Our purpose isn’t to say, “Study harder!” but rather, “We’re here to help you study easier.”

Because a godly view of authority is essential for every pastor, but it’s not enough to answer the hard questions. And the questions are getting harder all the time.

The Three Answers You Need for LGBT Activists’ Anti-Christian Attacks