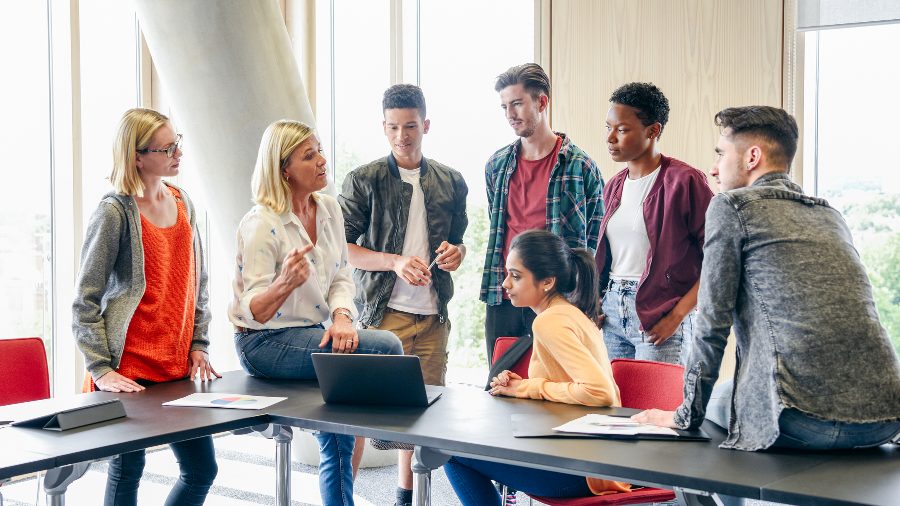 I’ve been beating up on gay activists in my last two articles here. They deserve it; they asked for it. They call Christians their enemies, which means they’ve brought us a fight, and I’m fighting back. To what end, though? Is it just a power struggle, or is it more than that? That’s what they’ve made of it: They want to dominate. That’s undeniably a large part of it, and for some of them it might be the whole point.

If that’s all it were, I’d tell them the same thing I told the last guy who wanted to pick a fight with me. “Sure. Outside. Now. And if I’m not there, you can just start without me.” And then I’d walk away the other direction. Better yet, I’d find a vantage point where I could watch him wrestling against himself.

I wish we could do the same with gay activists. They’re not interested in any tame, well-organized wrestling match. They’re up for kick-boxing, and they want to do it with dirty smelly shoes. The “culture wars” have a bad reputation among Christians, and that’s partly because it stinks so badly in that ring.

Yes, We Must Fight These Battles

As I’ve said many times, though, we can’t let that reputation rule our response. It would be like telling the Royal Air Force in World War II, “You’re a rotten bunch of thugs. You’ve let that German Luftwaffe drag you down to its own level. Just because they’ll stoop to shooting and dropping bombs doesn’t mean you have to follow them there.”

But the Luftwaffe was bombing London at the time. The RAF didn’t start the fight, but they were obliged to finish it. Their own families were down there on the ground. It’s no different with the “culture wars,” including the fight with gay activists. They started it. They’re the insurgents, the invaders, the attackers. We’re fighting a defensive battle, and ugly as it’s made out to be, we must keep it up. Our own families are under attack.

I want you to know, though, I chose my wording very carefully there: “As ugly as it’s made out to be.” We don’t have to fight dirty, and it doesn’t have to get ugly. The Bible tells us in 2 Corinthians 10:3-6, “For though we walk in the flesh, we do not war according to the flesh.” You could stop there if you wanted, and say, “See? ‘We do not war,’ it says. We’ve got to get out of this ‘culture war!'”

You could do that, but you’d be doing violence to what God is saying here. The passage goes on to say, “For the weapons of our warfare are not carnal but mighty in God for pulling down strongholds.” The strong language continues, with words like “casting down” and “bringing … into captivity” – bringing thoughts into captivity, that is.

It’s a battle of ideas and beliefs, and God wants us to fight it. The other side uses deceitful manipulation and propaganda. That’s fighting according to the flesh, and we don’t do that. We do everything we can by the power of God to persuade, including persuasive speech, and story, and images, but we do it honestly, openly, and without deceit. They may think persuasion requires propaganda, but we can wield a better weapon: truth.

Start With the Basics

That’s an easy conclusion if you start knowing God as our loving Creator. The best proof of that is in Jesus Christ: His life, His death for our sins, and His resurrection for our salvation. Getting more specific, we also can demonstrate there’s real goodness in faithful, committed, monogamous marriage, by which I do mean marriage, not any same-sex charade.

I wouldn’t begin teaching on homosexuality without setting that foundation first. Christianity has goodness to offer as a major part of its truth, and we must lead with it.

Still, just as every missionary knows how crucial it is both to understand and address their host culture’s barriers to belief, we need to know and grapple with the barriers in our own culture. Nothing stands higher against Christ today than, “Christians are bigots. Christian hate gays.” In an important book released in 2007, Barna Group pollster David Kinnaman wrote (with co-author Gabe Lyons),

The perception that Christians are “against” gays and lesbians … has reached critical mass. The gay issue has become the “big one,” the negative image most likely to be intertwined with Christianity’s reputation. … surfacing a spate of negative perceptions: judgmental, bigoted, sheltered, right-wingers, hypocritical, insincere and uncaring. … The severity of the perception surprised me.

That was fifteen years ago, a full eight years before transgenderism hit the news with Bruce “Caitlyn” Jenner and North Carolina’s “bathroom wars.” Think it’s any better now? In 2018, Larry Alex Taunton spent time listening to young atheists, and heard them saying that we had “superficial,” “unconvincing” answers to life’s difficult questions, including sexuality.

Barriers as Strong as Ever

Sexuality comes up as a major theme in “Christian deconstruction” (that’s “deconversion” dressed up in intellectual-ish language).The massively popular YouTubers Rhett McLaughlin and Link Neal, better known simply as Rhett and Link, were both missionaries with Cru at one time. I was once an HR leader charge of staff selection for much of Cru’s U.S. ministries, and I can assure you, if these two were on Cru staff, both of them must have had a serious testimony and an equally serious commitment to Jesus Christ.

Then, they say, they started wondering about the “Christian subculture. Rhett spoke it this way:

He’s wrong about the parallel with interracial marriage, but that’s another story. Here’s the main thing: Sexuality is a huge issue. It’s enormous. It’s mountain-sized. You won’t persuade a young person to follow Christ wholeheartedly without also persuading him that God’s moral message is still true.

Jesus said that prayer can move mountains, so I am by no means hopeless about this. It’s not just prayer, though, that persuades; otherwise the New Testament wouldn’t say so much about teaching and preaching. In our teaching we must be honest, but we must also be strategic; or, to borrow from a far, far better teacher than I, “shrewd as serpents, innocent as doves.”

The history of gay activism gives us a wide-open door for shrewd, strategic persuasion. Ask yourself, “What will people listen to more openly, a message criticizing homosexuality, or a message exposing dishonest manipulation?” Your own approach should be perfectly honest. Here’s where I’d start in on it with a group of young people. (These questions should work with almost any age, from pre-teen on up.)

Assuming I had time enough, I’d take it slowly:

1. What would you say your friends think about Christianity and LGBTQ issues? (It’s an intentionally cautious start. I want them to feel safe telling the truth. Answering with their own opinions might not seem so safe to them.)

2. Can you tell me what it is in their view that makes sense to you? (Still cautious: I’m not asking them to commit to an opinion, only to evaluate others’ opinions.)

3. Do you find yourself agreeing with some of their views? (Moving toward asking them to commit, but not asking them to cement it openly. I’d rather they wouldn’t do that, because in a moment I’m going to ask them to re-think their opinions, which is harder to do if they’ve committed to them openly. Then come the turning point questions:

4. Would it surprise you to know that if I’d asked those same questions of a typical youth group 25 years ago, they would have had completely opposite answers? (No specific answer expected or needed to that question.)

5. What do you think has changed since then?

Answers will vary from group to group, and especially from age group to age group. You can expect answers ranging from, “We realized it was bigoted,” to, “Science shows us homosexuality and gender transitioning are just fine,” to, “The whole world has made real moral progress since then.”

Some of their answers may be open to an immediate but brief rejoinder, such as, “How likely is it, really, that the world would have suddenly made such a huge new moral discovery in such a short time – a supposed truth that the wisest people never knew?” Or, “How likely is it that science really knows the long-term effects of this, given that no one’s had time to run a long-term study on it yet?” Keep it short, though. You want to focus on gay activism’s real vulnerability:

6. May I tell you how it really happened?

Then tell them. Be honest. Use good sources. I have more in my book Critical Conversations: A Christian Parents’ Guide to Discussing Homosexuality With Teens, including the true account of a thoroughly intolerable power play gay activists pulled on the American Psychiatric and Psychological Associations, literally forcing them to rewrite their diagnoses of homosexuality and transgenderism as mental disorders. There was no science involved, only power politics, bordering on extortion.

Then, finally (for now),

7. Are you still convinced Christians are the bad ones here?

They may need time to think about that. It’s not easy changing such firmly held beliefs – even when faced with the truth. They’ll still need your prayers to break through the spiritual barriers holding them in the lies.

True and Good, Strategic and Shrewd

Here’s why I like this approach. It starts with the truth about some of Christianity’s strengths, specifically the goodness of God as revealed in Christ and in His instructions for living, and then moves to the truth about one of the gay rights movement’s most glaring weaknesses: its manipulative dishonesty, a weakness that everyone still recognizes as wrong, too. You can work with people’s accurate beliefs this way, rather than trying to batter down their bad ones.