Which of These Three Christians Does More Spiritual Harm? 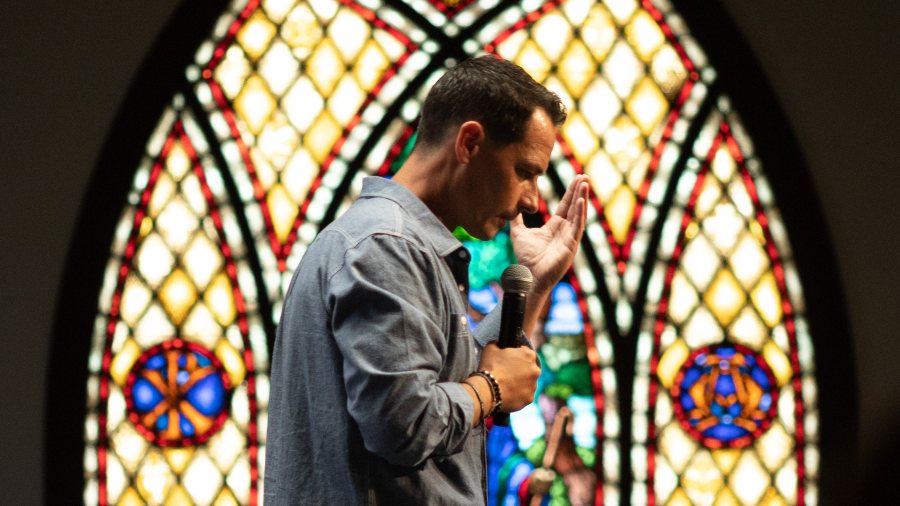 Allow me to introduce you to three, contemporary professing Christians, each of whom represents a composite picture rather than a specific individual. The first we will call Famous, Nice and Toothless. The second we will call Orthodox and Angry. The third we will call Progressive and Woke. Which of them does more spiritual harm?

Our first composite Christian, “Famous, Nice and Toothless,” is well-known and greatly loved, with a massive online following. More importantly, he is not ashamed of his faith. He seems to be a genuinely nice person. He invests lots of money in Christian causes. And he has not been associated with scandalous behavior.

At the same time, he never seems to swim against the tide of a sinning society to the point that he shows solidarity with LGBTQ+ causes, thereby confusing his many followers, especially the young people who adore him. And he never seems to speak of human guilt before God and the need to repent.

Our second composite Christian, “Orthodox and Angry,” is theologically sharp, full of scriptural knowledge, and orthodox to the tee. He never waters down his message, never yields to critics, and never backs down from controversy. He is, quite simply, fearless.

At the same time, he is often mean-spirited, confusing human anger with the burden of the Lord. And he is quite self-righteous, never seeming to have sins of his own to confess or acknowledge. It is always the others who are guilty.

Our third composite Christian, “Progressive and Woke,” would not be recognized as a Christian by “Orthodox and Angry,” while even “Famous, Nice, and Toothless” would question some of his beliefs. Yet he is passionate about his faith, he is constantly quoting Jesus and the prophets, and he seems to care genuinely about people who are hurting and downtrodden. He brings a strong challenge to the status quo.

At the same time, he does not clearly proclaim Jesus alone as Lord, and it seems that he is in lock step agreement with whatever is trending in leftwing politics and culture. He even uses the Bible to defend abortion.

Which of these three men does more harm?

The Harm They Do

Famous, Nice, and Toothless has so much going for him and in many ways he is truly Christian. Yet because his platform is so large and his message so shallow, his followers can easily become inoculated to the full demands of the gospel. How many real disciples is he producing for the kingdom? How many will prove true?

Orthodox and Angry can be commended for being unashamed of the Bible and unashamed of the Lord. But because he claims divine backing for his often fleshly words, he makes God look bad, wielding the Bible more like a weapon than a word of life. Where is the brokenness and compassion? And in the end, how many people does he drive away from Jesus, even while being doctrinally and culturally right?

Progressive and Woke does raise a lot of penetrating critiques against church as usual, disturbing our spiritual routines and revealing our hypocrisy. Yet because he has reinterpreted the Bible through the lens of a dangerous leftist progressivism, his message is devoid of saving power. He preaches a political Jesus more than the one who came to bring us into right relationship with God.

Which of these three Christians does more damage? Or, more importantly, which one sounds more like you? Or like me? Which one of these reveals our own blind spots?

Must I Love That Person as I Love Myself?

The Lord replied, “You have answered correctly; do this, and you will live.”

But the conversation did not end there, since this lawyer was trying to test Jesus rather than learn from Him. He also wanted to justify himself, asking the Lord, “And who is my neighbor?”

But Jesus didn’t answer the man’s question the way that he asked it. Instead, he told the parable of the Good Samaritan. This outsider proved to be a better neighbor to a robbed and beaten Jewish man than did this victim’s fellow-Jewish, religious leaders.

Jesus then asked the lawyer, “Which of these three, do you think, proved to be a neighbor to the man who fell among the robbers?” He replied, “The one who showed him mercy.”

Go and Do Likewise

In other words, don’t debate which person is your neighbor and who it is you are to love as yourself, looking for excuses from performing this sacred obligation. Instead, go and be a neighbor.

In the same way, as we debate which of these three Christians is doing more harm, we do well to look in the mirror, ask God to help us to be as critical of ourselves as we are of others, and determine to do and be leaders and believers who do more good than harm.

Finding fault with others is all too easy, especially when they are prominent and public. Improving ourselves and living up to the high calling of God is a whole other story.