Here's an easy way to get a grip on it. 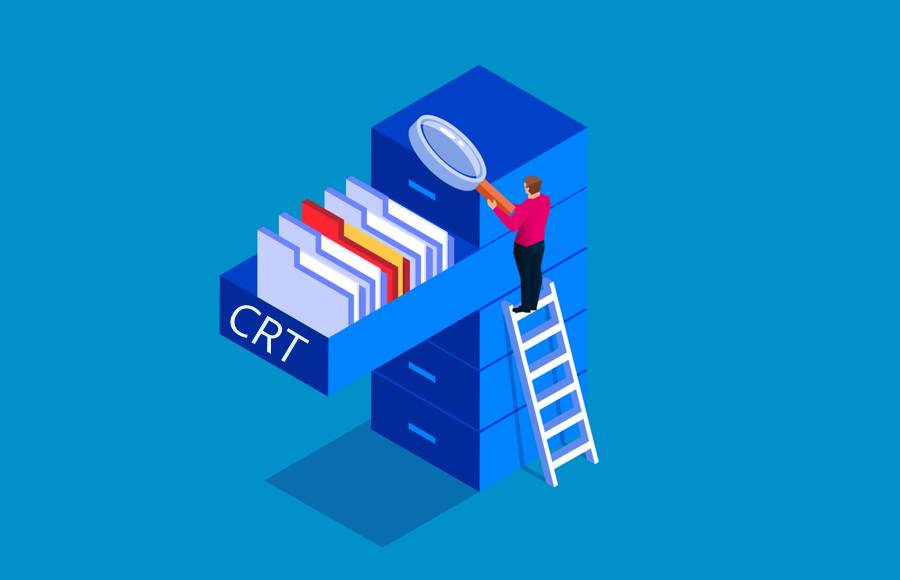 I say, that’s just too bad. CRT jumped out of academia into punditry, politics and “mostly peaceful protests,” and academia no longer has control of the term. It’s out in the wild, and it’s going to mean whatever people intend it to mean.

Still “CRT” definitely means something. There’s even an easy way to get a grip on it.

What’s in the CRT “File Drawer”?

Imagine a file drawer labeled “Critical Race Theory.” On the label there’s a stern warning: “Approved Definitions Only!” You open the drawer expecting to see one thin file and one short academic explanation, and indeed it’s there, but behind it you see a couple dozen file folders crammed full, bulging with papers, and they’re all labeled “Definition.” Someone walks up while you’re standing there, pulls a paper out of the file, reads it and stuffs another one of his own in front of it.

That’s when you realize how it works: Everyone has his own opinion, and they all get tossed together in a pile. It’s not totally out of control, though. You rifle your way through the papers, and thanks to someone’s help organizing them, you can see some clear themes there.

This is one case where something like relativism actually works. If there were one truth about what CRT is, then that would be its meaning, period. There isn’t.

Justice is All About Power

Racism is All About Structures, Not Attitudes

Systemic Racism is This. No, Wait, It’s That!

(Sure, it’s all contradictory. Too bad. You can’t stop people stopping by and dropping their papers in the file drawer.)

Sometimes you can just forget the “CRT” label. Sure, it’s a handy way to summarize what’s in the drawer, but it’s the contents that count. If they’re teaching that all whites are racist but no persons of color are, you don’t need to call it CRT. You can just call it wrong.

Knowledge and Truth are Nothing Like What You Thought They Were

Solving Racism? Can’t Happen. But You Have to Give It Your All Anyway, If You’re White

So where in there will you find the real definition? There isn’t one. Not anymore. One person will pull one set of papers out of the drawer and say, “This is what CRT means.” Someone else will say, “Are you nuts? You can’t include that paper on the list. That one isn’t CRT!” Everyone grabs whatever paper he likes out of the drawers.

This is one case where something like relativism actually works. If there were one truth about what CRT is, then that would be its meaning, period. There isn’t. What it means is whatever the person or group thinks it means. You won’t know exactly what that it is, unless they spell it all out for you.

So What Do You Do?

So if there’s no fully agreed-upon definition of CRT, how can we talk about it? Try these three simple principles:

That won’t get you to any “real definition” for CRT, but it’ll likely get you close enough. The file drawer is real — metaphorically real, that is — which is to say, the pile of papers in there really does define the territory pretty well.

Or you could just forget the label. Sure, it’s a handy way to summarize what’s in the drawer, but it’s the contents that count. So just pull those papers out one at a time, and ask whether each one makes sense on its own. If your local schools are teaching that racism is all about structures, never about attitudes, you don’t need to label that view, you can just talk about how crazy it is to teach that attitudes don’t matter. If they’re teaching that all whites are racist but no persons of color are, you don’t need to call it CRT. You can just call it wrong.

Update: See also “Is Everybody Clear on What Critical Race Theory Isn’t?“

Tom Gilson (@TomGilsonAuthor) is a senior editor with The Stream and the author or editor of six books, including the recently released Too Good To Be False: How Jesus’ Incomparable Character Reveals His Reality. Credit also goes to John Zmirak for contributing “papers” to the “file drawer.”