Welcome to the Secular Left, Where Everything Spiritual Is Just a Power Play, and Everything Else Is, Too 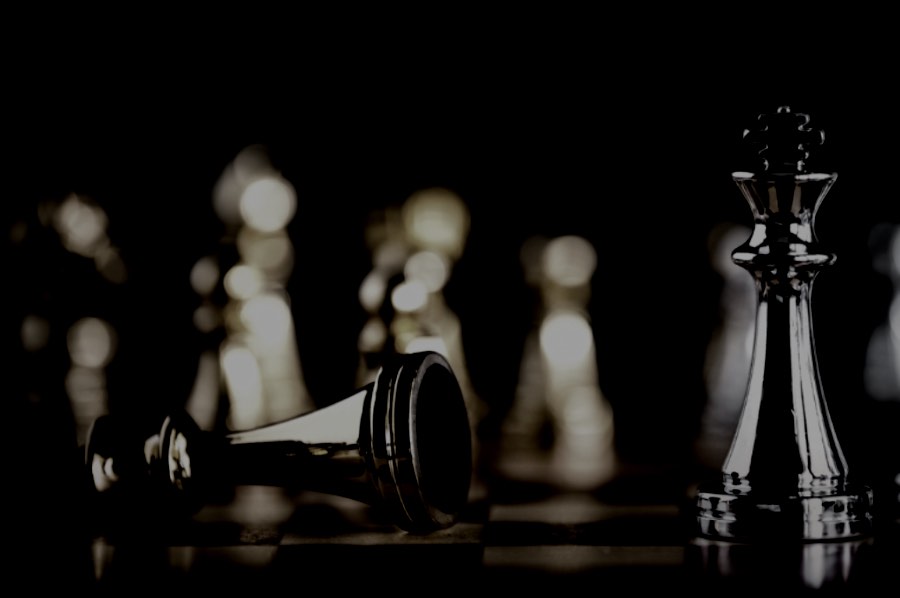 It’s about power. That’s what the secular Left sees when it looks at politics, at race relations, at education and law — and also when it looks at you and me and our Christian convictions. We don’t really believe all that spiritual nonsense. It’s nothing but politics; just raw, hypocritical, manipulation for one purpose: so we can get our bigoted way in Washington. Or so they think.

It’s that way in Katherine Stewart’s inflammatory book The Power Worshippers, which I reviewed here a couple weeks ago. It’s not just her. The Freedom From Religion Foundation thinks religion is a “distraction” or an “absurd … diversion.” Right Wing Watch analyzes Paula White’s One Voice Prayer Movement, and sees nothing in it but a “thinly disguised” Trump re-election effort.

Don’t think they’re picking on us, though. It’s more likely they don’t believe anyone does anything because they believe it’s right. Not us, not anyone, not even themselves — because the very idea of being right has become completely foreign to them.

It’s the inevitable result of relativism, especially moral relativism but also relativism with respect to truth. Secular culture has given up on knowing what’s really true, especially about larger matters of ethics, wisdom, and spiritual reality. Even atheists insist their atheism doesn’t mean they believe anything is true in particular, only that they “lack belief” in God.

Moral relativism is familiar to us all: “It may not be right for me but it’s okay if it’s right for you.” Right and wrong exist only for whomever; nothing is right or wrong in itself.

So the theory goes, anyway. Relativists have real trouble being consistent with it: Just try telling them it’s “right for you” to discriminate against gays in certain ways. They seem blind to the inconsistency, though, and they’ll bristle if we suggest there’s any morality that’s good, right, and true for all.

It’s Not About Being Right, Only About Winning

The impact this has on politics is huge. If there is no such thing as a good, right, or true answer to pursue, then there’s only each group’s preferred answer. Political dialogue becomes a mere exchange of preferences, in varying degrees of rhetorical power. No longer can we persuade the other party, “This is more truly ethical.” You can’t say, “This is more nearly right or true” if there’s no right or true to approach more nearly.

Granted, you’ll still see people and parties using the language of persuasion. As the postmodernists say, however, it’s only language games, and language games are played purely for power. It’s not about being right anymore. It’s about winning.

That’s all that’s left, after all, isn’t it? Right and wrong are gone, but power endures. Logical persuasion is lacking, but there’s always persuasion at the point of a gun. Take that as a figure of speech if you will, but don’t forget there’s a reason the word “enforcement” is built on the root word “force.”

So politics in this relativistic age is no longer about coming to the best, wisest, most ethical answer for a people. It’s about gaining power to set your preferred policies and to enforce them.

Some of us still see it the old way, though. We don’t doubt that right and wrong are real. We’re convinced the right thing is also the good thing, not just for our party but for all. We’re persuaded that God made it that way, because He’s a good God who designed us for good purposes, if we’ll just follow His good guidance. We worship Him because we’re convinced He’s really worthy of it. Our prayers aren’t manipulative campaign tricks, they’re real prayers offered to a God who really answers prayer.

Atheists used to laugh and say we’re wrong about all that. Some still do. We can handle that. What we need to watch out for are the new secularists who won’t treat it as either right or wrong; they’ll only dismiss it as a political act.

We Must Hold On To Principle

And there is some real risk there, for our prayers may have political implications. We pray for leaders who will do the right thing. Our doctrines affect our politics, too, for they teach us about what the right thing actually is. That political connection carries two equal and opposite dangers.

The first is that we’ll shy away from the public policy implications of our doctrines. We’ll pull out of public life, on the false belief that doing so will purify our religion. It’s false because religion was meant to affect every area of our lives, from private to public.

The second is that we’ll let our public policy start to drive our doctrine. That will indeed contaminate our religion, even to the point where we can begin making the mistake the secularists think we always make: seeking power over principle.

We need to be the kind of people secularists think are impossible: People who are convinced right and wrong are still real, and who will let that principle drive our politics. They can think it’s all about power. We know it isn’t. And we must hold on to that.