Another biased hack roasts mystery-meat over the dumpster fire she calls "reporting." 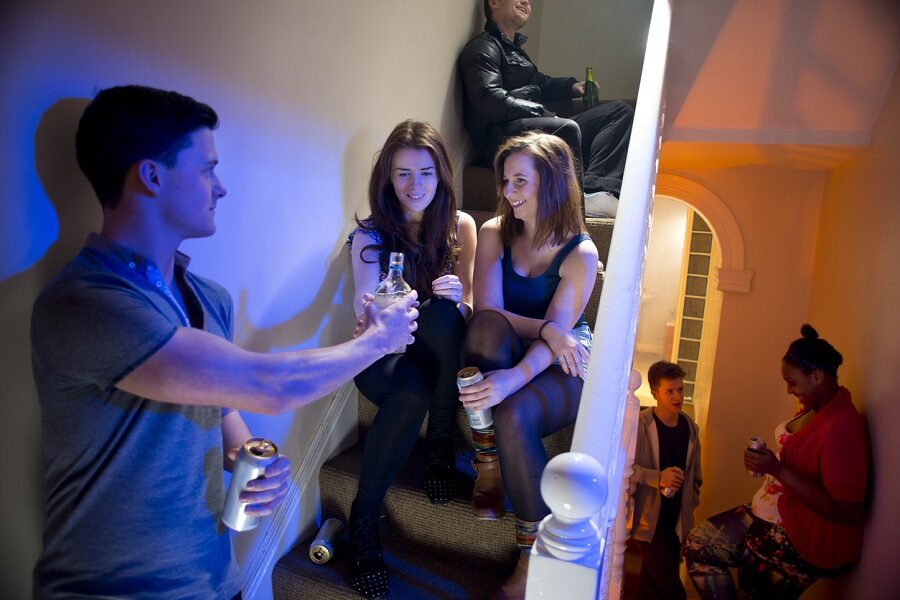 Jackie Calmes, a respected veteran journalist at the Los Angeles Times, has a new book out. It’s called Dissent: The Radicalization of the Republican Party and Its Capture of the Court. The focus is Brett Kavanaugh’s elevation to the Supreme Court in 2018. Dissent is full of errors, and I make an appearance early on.

In fall 2018 the political left and the media tried to destroy Kavanaugh, a high school friend of mine. Using opposition research, extortion threats from criminals and an attempted honey trap, the left tried to make me the nomination about me.  A woman named Christine Blasey Ford accused Brett of sexually assaulting her in 1982 when we were all in high school. Ford claimed that I was in the room when it happened.

I Am Iron Man, Apparently

You can add the contents of Dissent to the long list of intentional media calumny about me, Brett Kavanaugh and Georgetown Prep, the high school we attended. At various times in fall 2018, our East German Stasi media told the public that I’d presided over ten gang rapes. That I’d bought and sold cocaine. That all in all I was a volatile mix of Tom Cruise, Mel Gibson and King Kong.

Vanity Fair had to issue a correction admitting that a woman who’d said we went to college together in fact had attended a different school. The Washington Post withheld an exonerating witness from their explosive first story about Ford. NBC’s Kate Snow withheld damaging facts about Michael Avenatti, whose fever dreams of drugs and gang rapes were touted by New York magazine as the end of Kavanaugh. Avenatti is now awaiting sentencing for extortion and has two more criminal trials coming up.

Poor Widdle Christine, Dragged into the Spotlight by Her Pigtails

Calmes once again pushes a central error of the whole narrative, which everyone still seems to buy. Namely the idea that Blasey Ford wanted to remain confidential. In his book We’ve Got People, Ryan Grim — no conservative — notes that Blasey Ford took repeated steps to come forward. She’d already told friends she planned to come out publicly. She was only asking for confidentiality until she and Feinstein spoke. Grim writes, accurately:

[Ford’s] letter included a request: “As a constituent, I expect that you will maintain this confidential until we have further opportunity to speak.” That line would end top being used repeatedly by Feinstein as she claimed that, in fact, Blasey Ford never wanted to come forward, and was only faced out by the media. But that argument ignored that Blasey Ford had already taken repeated steps to come forward, had already told friends she planned to do so, had already come forward to two congressional offices and reached out to the press, and was only asking for confidentiality until she and Feinstein spoke.

Whoever Could Have Shared My Name? Surely Not My Oppo Research Guy …

Calmes ignores this. Instead, she speculates that friends of Ford may have leaked her information. One of Ford’s California pals is Deepa Lalla, Vice President, Medical Affairs at Puma Biotechnology, Inc. In Dissent Laila speculates about who leaked Ford’s identity:

Deepa Lalla, however, wondered whether she’d inadvertently helped Ford’s identity slip. “I know I talked to friends,” she said, to get advice of Ford’s behalf. “I never used her name, I never used background.” Laila reviewed her texts to confirm that. Even so, Ford conceded long after that she and her confidants could well bear some responsibility for the leak of her identity.

As I have noted before, in summer 2018 — even before Kavanaugh became the nominee on July 9 — Ford was working with an opposition researcher named Keith Koegler. The Education of Brett Kavanaugh, written by two New York Times reporters, gives the game away.

In Dissent, Calmes adds more. Even before Kavanaugh became the final pick, Koegler had gotten the name from Ford.

Koegler recognized the name. As a lawyer, he had become interested in the politics surrounding the federal courts, and the influence of the Federalist Society, in the two years since Mitch McConnell blocked President Obama’s Nomination of Merrick Garland. Now Koegler indeed began reading up on Kavanaugh. From that point on, he became Ford’s all around confidant, legal aid, and character witness.

To recap: Christine Blasey Ford, whom some described as “crazy liberal” (see the book Justice on Trial), and who scrubbed her social media accounts in 2018, always intended to go public. She may have done so with the help of her own friends. Why else was she using a personal opposition researcher? (Readers, do you have one? Nor do I.) He had one job: to dig up dirt on me and Brett Kavanaugh. He did it well.

Did you ever wonder how all those detailed, “deep-dive” profiles about me, Kavanaugh and Georgetown Prep appeared fully formed, all at once? It was all prepared, a symbiosis of the media, the opposition foot soldiers, and the politicians.

Ford was just a scared little church mouse, no?

As for me, I was an easy target. A former drinker with a colorful past. A conservative Catholic who loves free speech and crime novels. A guy who always wore his heart on his sleeve and often had too much mouth. I even had written a book, Wasted, about my teenage drinking. I became the “sin-eater,” carrier of everything obnoxious and evil that every happened in the wild 1980s.

Just One Fake “Fact” After Another

In Dissent, Calmes writes this:

Kavanaugh’s close friend and football teammate Mark Judge would provide a revealing window into the guys’ attitude toward the non-Catholic girls, writing in his “underground” student newspaper The Unknown Hoya that Holton Arms… “is the home of the most worthless excuse for human females.” A Holton girl was an “H.H.,” he wrote: Holton Hosebag.”

There’s only one problem. I did not write those words. Calmes has more than three decades of experience at newspapers. She knows perfectly well that editors don’t write all the articles in their publications. Not even editors of rambunctious high school underground newspapers.

The author quotes Mike Sacks, who by his own admission, has never laid eyes on me, Brett Kavanaugh, or anyone from Georgetown Prep. He was just one of literally millions of people who lived in the Mid-Atlantic during the 1980s. Why not interview all of them?

Calmes didn’t check that “fact” and doesn’t care. Because the job of the American Stasi is to promote the left and destroy as many lives as necessary while doing it.

Calmes also says that FBI “agents spoke with Judge more than once.” This is false. I spoke to the FBI exactly once.

Just the facts, ma’am, am I right?

Why Not Just Interview Some Random Stranger? Yeah, That’ll Work.

Mike Sacks was profiled in the Washington Post in October 2018 because the Washington Post could not find anyone who knew us who wanted to talk to them. “For the record,” the Post noted, “Sacks didn’t go to Georgetown Prep in Bethesda, the school Kavanaugh and Judge attended. He went to public school. He didn’t belong to a country club, just the neighborhood pool.”

Mike Sacks, who grew up in affluent Potomac, Maryland, four years behind Kavanaugh, milked his memories of Washington’s Reagan-era suburbia for his media projects. While this family wasn’t rich and he didn’t go to a prep school or belong to a country club, Sacks spent time with “this entitled type,” as he describes Kavanaugh. “Things had a tendency to happen while you were around them. When they got drunk, all bets were off.”

So Jackie Calmes has decided to put her faith in the witness of Mike Sacks, a man who, again and by his own admission, has never laid eyes on me, Brett Kavanaugh, or anyone from Georgetown Prep. He was just one of literally millions of people who lived in the Mid-Atlantic during the 1980s. Why not interview all of them?

Finally (at least for now), there is Calmes’s selective editing. On October 2, 2018, Dwight Garner, a book critic for the New York Times, reviewed my book Wasted. It got used by opposition researchers to try and sink Kavanaugh. Calmed uses this line about me from Garner’s review: “Wasted is the story of a privileged young white man, a cocky princeling among cocky princelings.”

It’s only half of the sentence. Here is the full quote:

Wasted is the story of a privileged young white man, a cocky princeling among cocky princelings, who loses his virginity, loses his religion, loses his lunch and nearly loses his mind. These things happen to a cassette-powered soundtrack by AC/DC, The Clash, Eurythmics, R.E.M. and The Replacements.

Garner’s quote got chopped because the mission of the media, our American Stasi, both in 2018 and now, is to spread lies and ruin people who oppose the left. Part of that mission is to quash any intimations that anyone else is a complex human being worthy of empathy.

Christine Blasey Ford was no reluctant witness. She was a shrewd and canny political activist who scrubbed her social media history and worked with oppo researchers to try and destroy me and Brett Kavanaugh. Calmes was eager to quote Mike Sacks, a man who has never laid eyes on me or my high school friends. But she is careful to not quote Dwight Garner’s conclusion about my book:

It’s moving when Judge finally admits he has a problem and gets the help he needs. Reading the end of Wasted, I felt the way the theater producer Joseph Papp reportedly did when he first read The Normal Heart, the AIDS-era play by Larry Kramer. Papp said, “This is one of the worst things I have ever read, and I’m crying.”

The Stasi just can’t allow this kind of nuanced reporting, not to mention empathy. It may be accurate, but it doesn’t serve the cause.