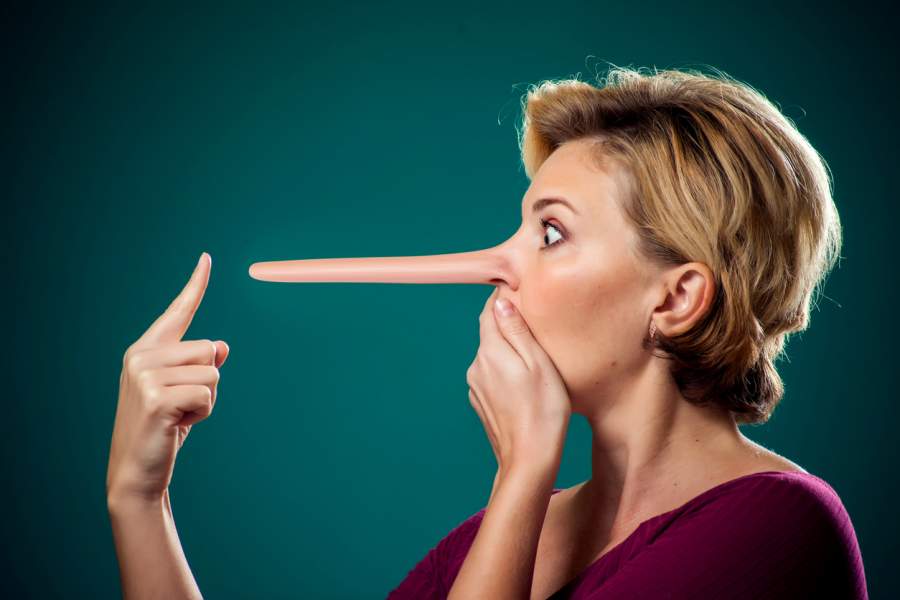 A must-read new book exposes in new, fine-grained detail the corruption of the media. Get hold of Spooked: The Trump Dossier, Black Cube and the Rise of Private Spies by Barry Meier. It digs deep into the diabolical vortex of political spies, opposition researchers and the mainstream media.

Spooked also helped me put the final nail in the coffin of the Christine Blasey Ford hoax. I’ve been writing a series on the Ford fraud for The Stream this past year. The series will be a book.

Spooked packs in a lot of complex detail, but the case it makes is clear. With the rise of political spies and opposition researchers, plus the demise of gatekeepers like honest reporters and editors, there are no guardrails in the media anymore. Anyone can make any claim about anyone, and without any proof the story can make it into the media. There are no more reality checks.

How the Fake News Industry Hatched

One result of this system was the Steele dossier. The dossier, a piece of garbage cooked up by the pro-Clinton spy and oppo research firm Fusion GPS, claimed that President Trump had conspired with the Russians during the 2016 presidential campaign. It also claimed that the president was hanging out with Russian hookers. It has been debunked, and its ashes are set ablaze in Spooked.

In 2016 that worthless dossier took center stage in our media. Who put it there? James Comey, the insufferable former head of the FBI. Comey briefed President Trump on the dossier. He then leaked to the media that the president had been briefed. This “legitimized” the story that Comey himself had created. The media went all in, making fools of themselves over “Russiagate” for four years.

Meier sums up how the Russian Collusion hoax corrupted journalism.

Investigative journalists normally rely on court records, corporate documents and other tangible pieces of evidence. But the dossier took them down a very different path, one into the shadow lands of intelligence, a realm where documents don’t exist and where reporters often can’t independently confirm what their sources are saying.

Cold Shivers Down My Spine 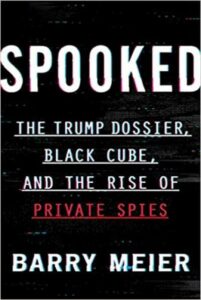 Reading Spooked, I realized that same blueprint used against Trump described the Christine Blasey Ford hoax against Brett Kavanaugh. The same spies, oppo researchers and media goons who tried to ruin Trump employed the very same tricks on Brett Kavanaugh — and me.

In fall 2018 the political left and the media tried to bury Supreme Court nominee Brett Kavanaugh, a high school friend of mine. Using opposition research, extortion threats and possibly even a honey trap, the left dropped their whole oppo payload on us.

A woman named Christine Blasey Ford accused Brett of sexually assaulting her in 1982 when we were all in high school. Ford claimed that I was in the room when it happened. As with the Steele dossier, a story that just a few years ago would never have made it out of a decent editor’s office for lack of evidence … became a national sensation.

A Cottage Industry in Fake News

The entire summer of 2018, Ford was working with an opposition researcher named Keith Koegler, and reporter from the Washington Post named Emma Brown. The book The Education of Brett Kavanaugh gives the game away.

Lying to Save Roe v. Wade

The accusation, once crafted, next had to get out to the American public. No proof? Vague, nebulous accusations from a person motivated by the fate of abortion before the Supreme Court? No problem.

On September 12, liberal reporter Ryan Grim from The Intercept reported some “news.” Senator Dianne Feinstein was arguing with Senate colleagues about whether to release a letter Ford had written her describing the alleged assault. In his book We’ve Got People, Grim describes how reporters themselves helped to create the story he then reported on. “Oftentimes reporters are the mosquitoes that carry the rumor from office to office in attempts to confirm it.” he wrote. On September 7, five days before Grim’s story ran, “several Democrats on the Judiciary Committee learned about it this way.” One of those Democrats was Kamala Harris.

Grim also notes that Blasey Ford was no reluctant witness, as depicted. She had already taken repeated steps to come forward. She’d already told friends she planned to do so. And she’d already come forward to two congressional offices, then reached out to the press. She was only asking for confidentiality until she and Feinstein spoke.

Ford, her oppo operatives, and the mosquitoes in the media had done their jobs. Just as Comey had done his. Reporters in early September 2018 running around Capitol Hill created the very story that they then reported on. Grim admits as much: “Whether the allegations in the letter were true or not — or, indeed, what the precise allegations were — was its own story, and I didn’t have it. But the fact that Feinstein was battling with fellow Democrats on the committee over the issue was a separate story. And that one I had.” Yes. Because the Feinstein conflict had been manufactured by the press itself.

The House of Cards Kept Getting Taller

Grim’s story was followed by the September 16 story in the Washington Post. It revealed Ford’s identity. The author of the story, Emma Brown, left out an exculpatory witness, Leland Keyser, who denied Ford’s story. Brown had also contacted me earlier in the summer, a day after she first talked to Ford. In her email, Brown made no mention of Ford’s claim. Emma Brown failed to do this because Emma Brown is corrupt.

Then came Ronan Farrow, who accused me of sexual misconduct “in the 1980s” without saying who, when, where, or what had allegedly happened. Then followed Michael Avenatti and his client Julie Swetnick, who claimed that Brett and I had attended ten (!) parties where girls were gang raped. NBC promptly put Swetnick on prime time TV. Kate Snow, the NBC interviewer, then withheld damaging information about Avenatti until after Brett was confirmed. (Avenatti was subsequently convicted of extortion and is facing trial for fraud and embezzlement.)

Then came lummox John Heilemann from Showtime, who accused me of buying and selling cocaine, which I’ve never done. The media picked through our high school yearbook, then through my empty car. On September 24, an anonymous caller threatened me over the phone, telling me to lie, to sink my friend.

The Media Have Lost All Safeguards, Even a Sense of Shame

Spooked is spot on. The usual gatekeepers in journalism, good responsible editors and tough colleagues who will call you on a mistake, are gone. They have been replaced by political spies, ideologues. and opposition researchers. They work with corrupt activist reporters to destroy people’s lives. The goals are political. The results are garbage like the Steele dossier and Julie Swetnick’s televised fantasies.

In May of 2018, just as the Ford-Media-Oppo-DNC machinery was cranking up to bring us down, Mark Penn, a former Clinton political strategist, wrote an editorial for The Hill. It asked the following:

So exactly who is paying Michael Avenatti? And is he a lawyer, an opposition researcher, a journalist, or a campaign operative?

It took a long time and even a court battle to find out that the Clinton campaign and the Democratic National Committee paid for the Fusion GPS dossier, a fact that was disclosed only after the damage was done, as former British spy and the dossier’s compiler, Christopher Steele, had already created a vast echo chamber as though the material he was peddling had been verified in some way, which of course, it never was. Now Avenatti is being allowed to repeat this same process, mixing truths with half truths and evading accountability.

Not a single reporter expressed the slightest interest in answering Penn’s questions. Why mess with success?