The Fears of Autumn: How America’s Best Spy Novelist Pulled Me Out of a Honey Trap 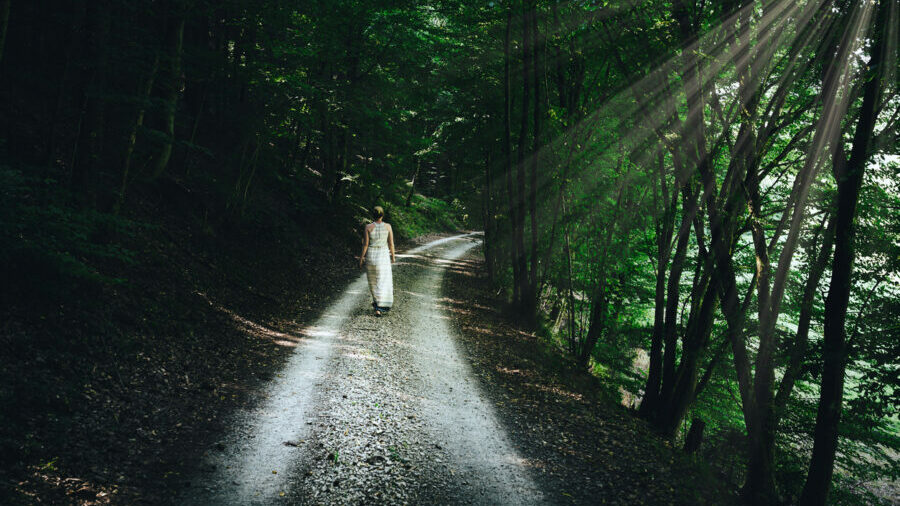 Driving away from the stranded girl, I actually said the words out loud.

Charles McCarry (June 14, 1930 – February 26, 2019) was the best spy novelist America has ever produced. The author of The Miernik Dossier, The Secret Lovers, Shelley’s Heart and his masterpiece The Tears of Autumn, McCarry was called “the poet laureate of the CIA,” where he was a spy for most of his life. He is a favorite of conservative readers.

He was also good friends with my father, dedicating his novel The Better Angels to dad. The two men met in the Army in the 1950s and worked together in the 1980s at National Geographic magazine.

The Honey in the Trap

McCarry saved me, even if it was from afar, in late August 2018. It was around midnight. I was driving down a rural road to my place in Virginia when a young woman around eighteen years old literally ran into the road to stop my car. It was Saturday night and I had been at a ballroom dance I’d been attending a couple times a month.

I was near my place when the girl sprinted into the road, frantically waving her arms. She was beautiful — Megan Fox with blonde hair. She was also with a guy around her same age. He hung back behind her furiously texting on his phone.

I slowed down and asked her what was wrong.

“We got stranded at a party,” she said. “Can you give us a ride back to Washington, D.C.?”

Something was weird. Who in the year 2018 got stranded at a party out in the country twenty miles from home? In a world with smartphones, Uber, buses, electric bikes, etc., who got stuck like that?

And like a unexpected intervention, I felt a warning — from Charles McCarry. It may have just been that I had read his books and there was that family connection, but I suddenly felt like Paul Christopher, the protagonist in McCarry’s books.

Christopher is a spy for the CIA and can sense when something, even something small, is not quite right. Christopher knows that many members of the CIA are corrupt, he doesn’t really like Republicans but absolutely detests liberals. In The Tears of Autumn, he risks everything to follow a belief about the real killers of John F. Kennedy, a theory that is remarkably plausible. Despite his disappointment with the Deep State and his personal problems, Christopher always does his job.

Here’s what he says about the media: “In late twentieth-century Washington … a certain politicized segment of the news media exercised many of the functions belonging to the secret police in totalitarian countries.”

With all that in the back of my mind from years of reading, I just shook my head, rolled up the window and drove on. I left the “stranded” couple behind.

Soon After, My World Exploded

Two weeks later, my world exploded. In the middle of September 2018 the left launched an attack against me and my high school friend Brett Kavanaugh, who had been nominated for the Supreme Court. Using oppo research, B-actors, witness tampering, lies, and the Stasi media, liberals peddled the false charge that Brett sexually assaulted a girl named Christine Blasey when we were in high school in the early 1980s.

An early rumor claimed that Brett and I had crossed state lines with underage girls when we were seventeen. It was garbage, but I noticed that had I given those kids a ride home two weeks earlier, I would have gone from Virginia into Washington. I would have crossed state lines. It’s Oliver Stone territory here, I know. I’d dismiss it if every person I asked about it hadn’t said it was an obvious honey trap.

Leftist activists tried to bully me into testifying against my friend, who was innocent. (The story is going to be a book.) This included a phone message I got on September 24, a creepy voice that threatened me if I did not play ball.

The plot failed. I think the stranded bombshell beauty may have been a honey trap, someone used to lure a political victim in and then burn him with some bogus charge. The guy she was with would have been a “witness” to some staged crime.

Yes, it sounds paranoid. I have described the episode to friends and contacts I have, including ones in the intelligence community, and to a person they have all responded the same way: They told me that I was being set up. In fact, when I argued it could have been a coincidence, a few of them have laughed out loud. “Two weeks before Ford, and following six weeks where you were followed by opposition researchers? Get real. They didn’t have anything on you so they had to create it. It was a honey trap. She would have screamed that you tried something, and her buddy would have snapped a couple of pictures.”

Crazy? Look What They Did to Ford Friend Leyland Keyser

Really? It sounds crazy, except that it fits in with what Ford and her friends did to Leyland Keyser. Ford claimed that Keyser, a lifelong friend of hers, had been at the party where the alleged assault took place. Keyser denied that any such party ever took place.

As Kathleen Parker wrote in The Washington Post, “Ford’s team of friends and advisers apparently saw Keyser as an obstacle to Ford’s narrative and brainstormed ways to get her on board.” Parker notes that the book The Education of Brett Kavanaugh “cites a group text among Ford’s acquaintances from soon after her testimony. Cheryl Amitay, who attended the same girls’ high school as Ford, wrote: ‘Maybe one of you guys who are friends with [Keyser] can have a heart-to-heart.’ And, ‘I don’t care, frankly, how f—ed up her life is.’” (Keyser has had issues with addiction.)

Responding to Amitay, a man who had gone to a boys’ school at the same time as us added this “Perhaps it makes sense to let everyone in the public know what her condition is.” To which Amitay responded, “Leland is a major stumbling block.”

This is clearly and unambiguously the language of extortion. “I was told behind the scenes that certain things could be spread about me if I didn’t comply,” Keyser told the New York Times. As one letter writer responding to Kathleen Parker’s piece in the Washington Post observed:

Keyser also mentioned at one point that she felt like she was being followed. I had the same feeling more than once. Then there was the phone message threatening me that I got on September 24, 2018.

So yeah, call me paranoid. Then read The Tears of Autumn.