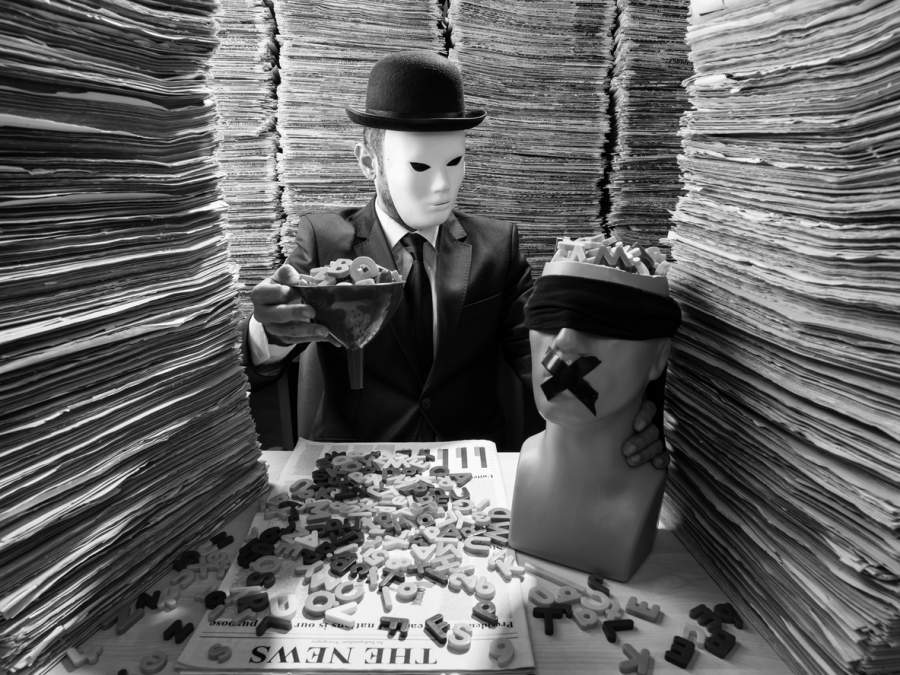 On September 16, 2018, the Washington Post published an explosive article. Christine Blasey Ford, a psychologist in California, made allegations against Brett Kavanaugh. He had been nominated for the Supreme Court and was about to be voted out of committee. She claimed that he had sexually assaulted her when the two were in high school in 1982. Ford was also claimed that I was in the room where the assault allegedly took place and that I witnessed everything before jumping in and breaking things up.

On September 17, 2018 — not even twenty-four hours after the Post story broke — the British paper Daily Mail ran a lengthy “exclusive” about Georgetown Prep. That is, the school where Brett and I were friends in the 1980s. The Daily Mail piece was very long and detailed. It featured quotes from books I had written and pictures I had posted, some months earlier, on Twitter or Facebook. It described Prep as Las Vegas on the Rockville Pike, with keg parties, sex, drugs, strippers and beach bacchanals.

How had the Daily Mail gotten so much rich information  for such a long piece less than a day after the Post story broke? Also, how did a slimy local D.C. lawyer have a copy of our 1983 yearbook? Why was he ready to pore through it with passages highlighted by post-it notes, on a local news station, just one day after the Ford story broke? Why at the same time was Blasey Ford’s own salacious yearbook scrubbed from most internet searches and media coverage?

The Dossier Was Ready

The answer: opposition research. In the last fifty years opposition research, or “oppo,” has become a central if subterranean foundation of American politics. Both sides do it, but the left is much better at it than the right. Opposition researchers spend days and nights hunting through old newspaper clippings, financial files, internet profiles, parking tickets, billing scandals, divorce proceedings, high school yearbooks, overheard arguments — anything to find that one nugget that will sink a political foe. It’s even the subject of a forthcoming book, The Black Arts: How Opposition Research Weaponized the Truth and Changed Politics Forever by John Burton.

Oppo researchers are experts at finding information (verified and often just rumors) and feeding it to the media. Papers and networks sit on it, often for weeks or months before revealing it. That way when it breaks it has maximum impact. The victims freak out and start babbling to the media, which causes the campaign to collapse. Thus the Daily Mail had ready at hand a fully-formed profile of me and Georgetown Prep not even a day after the Post broke the Blasey Ford story.

Indelible in the Hippocampus Is the Slander

As I have noted before, Ford herself was using an opposition researcher for weeks leading up to Kavanaugh’s confirmation hearing. His name is Keith Koegler. In the summer of 2018, in the weeks between Brett’s nomination and the fall hearings, he beavered away at finding anything to sink him. His work is described in the book The Education of Brett Kavanaugh:

A tech industry lawyer, Koegler was a voracious reader and a technical thinker. In his second-floor home office, he’d spent many hours that summer poring over news coverage of the nomination process, biographical information about Kavanaugh, and writings and videos produced by Mark Judge. In combing through YouTube, articles, and social networks, Koegler had learned more about the house parties … and the lexicon of 1980s Georgetown Prep than he had ever thought he would care to know.

In other words, Ford did her homework.

A Black Art of Personal Destruction

The father of oppo research is a man name Averell “Ace” Smith. Smith, the son of former San Francisco District Attorney Arlo Smith, grew up in San Francisco. At thirteen, in 1972, he campaigned for George McGovern. In the 1980s Smith served as political director of the Democratic Congressional Campaign Committee, working with bare-knuckle political brawler Rahm Emanuel. Smith started doing oppo in 1988, digging through newspaper morgues, financial records, libraries, any place that would yield the ricin that could sink a political opponent. Smith has worked for Richard Daley, Ann Richards, Barbara Boxer, Howard Dean, Dianne Feinstein, the Clintons and Kamala Harris. At a book party in July 2018, just weeks after Kavanaugh was nominated for the Supreme Court, Harris appeared with Smith, calling him “the father of oppo research.”

“I’ve seen him walk into a room, and the opposition candidate will literally start mumbling,” said former Democratic strategist Clint Reilly, who ran campaigns for U.S. Sen. Dianne Feinstein and former Democratic state Treasurer Kathleen Brown. “They’re just totally terrified with his presence.” Chris Lehane, a former Al Gore and John Kerry staffer, told The New Republic that “Ace is like Bobby DeNiro in The Untouchables — he always brings a gun to a knife fight.” The San Francisco Gate said that Smith “has honed a reputation as a take-no-prisoners opposition researcher, one so skilled at digging up dirt that he’s earned the nickname ‘Dr. Death.’” One person who worked with Smith was Michael Avenatti.

On August 7, 2020, even Democratic insider David Axelrod, a friend of Smith’s, expressed alarm at the amount of oppo research being used in the jockeying to become running mate for Joe Biden. “I can’t remember any VP selection process where so much oppo research has been dumped,” Axelrod tweeted. “If I were @JoeBiden, looking for a good and loyal partner, that should be a source of concern.” Reporter Ryan Grim replied: “Axelrod is being polite. But if you check  @KamalaHarris FEC records, she spent more on oppo research than anybody has ever seen. When called on it, her camp said it was ‘self research’ but nobody believed it.”

In his book Search and Destroy: Inside the Campaign Against Brett Kavanaugh, reporter Ryan Lovelace writes that two days before the September 27, 2018 Ford-Kavanaugh hearing, the staff of Senator Harris turned over to Senate investigators a letter from a “Jane Doe” in Oceanside, California claiming that Kavanaugh and a friend had raped her. A woman named Judy Munro-Leighton then claimed to be “Jane Doe.” She later recanted, admitting she did not know Kavanaugh and had pulled the stunt because she “just wanted to get attention.”

As a Senator, Kamala Harris used oppo research to try and sink Kavanaugh. As a candidate vying to become Joe Biden’s VP nominee, she used oppo research to torpedo her competition. Imagine the opposition research she will have — and weaponize against her political enemies — if and when she has the full power and resources of the federal government at her fingertips.