The sins weren't mine or Kavanaugh's, but those of lying witnesses and shockingly biased media. 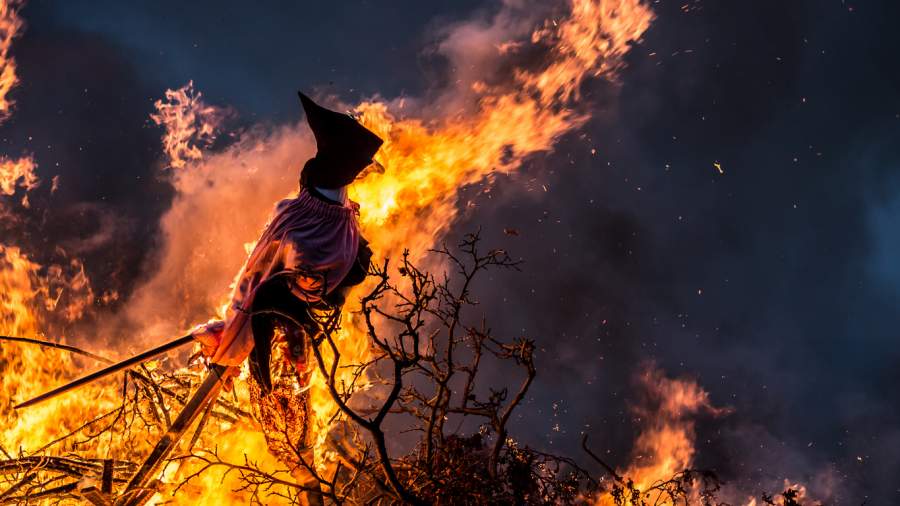 I have never bought nor sold cocaine.

Not everyone who lived through the 1980s can say this. I bother to say this because I was accused of dealing coke by left-wing activist John Heilemann. He made the accusation at the Texas Tribune festival in the fall of 2018, when I was at the center of a national firestorm.

In the fall of that year the political left and the media tried to destroy me and my friend Brett Kavanaugh. At the time Kavanaugh was a nominee to the Supreme Court. Using opposition research, extortion threats and possibly even a honey trap, the Roe v. Wade fundamentalists launched everything they had at us, including Christine Blasey Ford. Ford accused Brett of sexually assaulting her in 1982 when we were all in high school. Her fictions proved unconvincing.

John Heilemann, as a member of our witch-hunting media, went all in on Ford’s story. He also embraced the phantasms of Michael Avenatti and his client Julie Swetnick, who claimed that Brett and I had been at ten (ten!) parties in the 1980s where girls were drugged and gang raped, including Swetnick herself.

At the Texas Tribune festival on September 27, 2018, Heilemann made the cocaine charge. He claimed to have known me at a bar where he’d worked at the in the 1980s. I was, he said, “either looking for someone to buy cocaine or sell cocaine.” He also called me a lot of nasty names.

Before accusing me, Heilemann admitted that he himself had actually been a drug peddler at the time. “I was also a weed dealer,” Heinemann said in response to a question about what he did in D.C. in the late 1980s. “I worked in a [congressional] House office as a press secretary, I dealt weed, and I tended bar.”

Heilemann then said that at a bar in Georgetown where he worked, “the biggest problem” was a troublemaker and booze hound: me. He talked about my getting “blackout drunk,” going behind the bar to grab bottles of tequila. I was also “hitting on women all the time in kind of unseemly ways.” Total garbage. I did drink way too much in those days, but a lot of people did. The rest of Heilemann’s claims are fake news.

No one who ever knew me, even in my hardiest partying days of the 1980s, ever saw me buy or sell cocaine, because it never happened. Cocaine was everywhere in those days. But so was the fear that there were cops all around the city. For most people, it just was not worth the risk of getting busted. It was easy enough to come across the stuff without buying or selling. I also wasn’t a big fan of the drug. I was kind of ADHD already. I didn’t need the extra boost.

I was expecting Heilemann to lie, because that’s what he and the witch hunting media do. (“Breaking News: Dogs Reported to Bark.”)

What surprised me was the response (skip to 24:25) Heilemann got from journalist Virginia Heffernan, who was on the panel Heilemann moderated at the Texas Tribune festival.

Ever Heard of a Sin-Eater? Worst Career Choice Ever.

“I want to say a couple words in defense of Mark Judge, who I’ve never met or partied with.” Heffernan said. “He seems to me to be the sin-eater here. Do you guys know that term? In Scotland, there is one figure in the town who is supposed to consume a meal when someone dies, to eat all of his sins.”

The sin-eater was a figure in 18th and 19th century England, Scotland and Wales. After a death, the person’s family placed bread on the chest of the deceased, then watched as a man sat in front of the body and ate some. The belief was that the man eating the food was absorbing the sins of the departed’s soul. As Natalie Zarelli described in a well-researched article on the sin-eaters:

The family who hired the sin eater believed that the bread literally soaked up their loved one’s sins; once it had been eaten, all the misdeeds were passed on to the hired hand. The sin eater’s own soul was heavy with the ill deeds of countless men and women from his village or town — he paid a high spiritual price for little worldly return. The coin he was given was worth a mere four English pence, the equivalent of a few U.S. dollars today. Usually, the only people who would dare risk their immortal souls during such a religious era were the very poor, whose desire for a little bread and drink outweighed such concerns.

Heffernan had found an interesting metaphor. She proceeded to defend me and imply that it was Brett and other high school friends who were guilty. I had been tasked as the sin-eater to cover for all of their sins. Unlike Heilemann, Heffernan sounded sympathetic towards me. She noted that Ford’s story could even be interpreted to imply that I had helped her escape an assault.

The Sin Was on the Other Foot. Which Was Cloven.

There was only one problem. The main sin that Heffernan was claiming I was consuming had not taken place. Blasey Ford’s story was fake. If anything had ever happened to her, which no one could ever prove, it was not at the hands of Brett Kavanaugh.

I had indeed become a sin-eater. However, the sins were not of my friends, but of the media. My high school buddies and I had drank some beer and chased girls and played some sports. No shocking stuff, and no crimes.

The media, on the other hand, have lied, conspired with criminals, and extorted the innocent in order to destroy the lives of ordinary people. They projected all their malice onto me, and demanded I eat their sins. It was John Heilemann, not I, who had been a drug dealer in the 1980s. His opposition researcher, Michael Avenatti, is a convicted felon. Some of Ford’s most vocal supporters have had bizarre adventures that make our keg parties seem innocent.

Sorry, guys. I am indeed a sinner, but I’m not going to eat yours. I’ll take the Bread of Life instead.