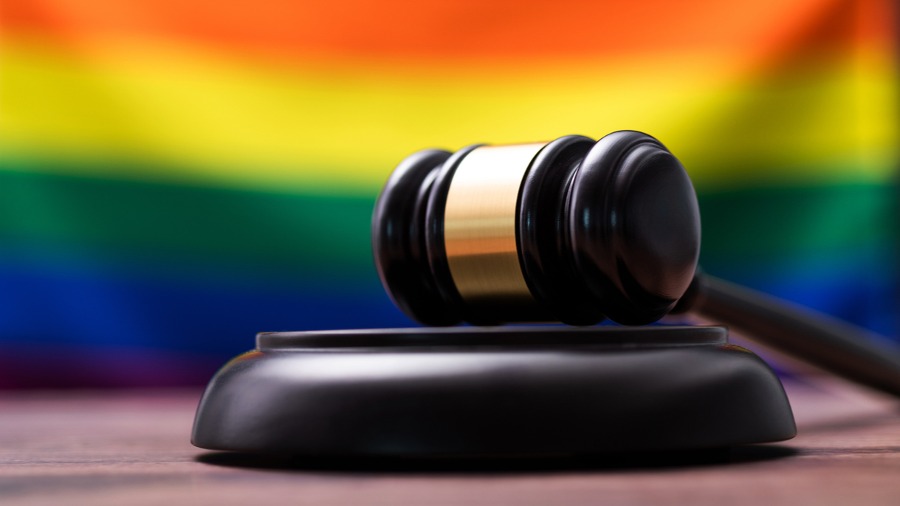 On September 21, 2022, Texas Judge Mary Brown decided that a woman could take a 10-year-old boy away from his father to be castrated. The woman, who is the boy’s surrogate (non-biological) mother, divorced the father when the boy was 3. Since then, the woman has been treating the boy as a girl. She gave him a girl’s name and sends him to school in a dress. The woman has announced that she intends to fully “transition” the boy to be a “transgender” girl.

Before 1950, “gender” in biology meant the same as sex. In the 1950’s, however, sexologist John Money popularized the idea that the two are different. Biological sex is determined by anatomy. But Money argued that gender is determined by one’s subjective feeling about being male, or female, or neither, or both. According to Money, subjective gender takes priority over objective sex. The latter can be altered to fit the former.

The Concept of “Assigned Gender” has Taken Root

In 2013, the Diagnostic and Statistical Manual of Mental Disorders (DSM-5) defined “gender dysphoria” in children (302.6). It is “a marked incongruence between one’s experienced/expressed gender and assigned gender, of at least 6 months’ duration.” It is accompanied by “a strong desire to be of the other gender or an insistence that one is the other gender.” And, “the condition is associated with clinically significant distress or impairment.”

As he grows older he may have to undergo periodic screening for prostate cancer. He will have to continue taking estrogen. And he will never conceive or give birth to a child. He will be a eunuch.

About 99.98% of human newborns are clearly either boys or girls. They either have a penis or a vulva. In the tiny fraction of babies born with ambiguous genitals, sex may have to be “assigned” pending further examination or treatment. Yet the DSM regards all babies as having arbitrarily assigned gender. So Money’s eccentric view has become mainstream.

Evidence shows that well over 75% of children with gender dysphoria, if medically untreated, will outgrow it during adolescence. They become adults who are happy with the bodies they were born with. So the most reasonable way to deal with the disorder is “watchful waiting.”

The Moneymaking Push to Transition Children

Yet a multibillion-dollar industry in America now pushes such children to become “transgender.” This starts with social “transitioning,” which means living like a member of the opposite sex. This is followed by a “puberty blocker,” a chemical that prevents normal development of the genitals. It also prevents normal production of sex-specific hormones. This is followed by “hormone replacement therapy (HRT).” HRT involves administering estrogen to boys and testosterone to girls. Adolescent boys will develop breasts, and adolescent girls will develop deep voices. The final step is “gender-affirming” surgery. This generally includes removing the penis and testicles of a boy and removing the breasts of a girl. Puberty blockers, hormone therapy and surgery can cost tens of thousands of dollars.

In the present case, the boy’s father initially shared custody of him after the divorce. The father opposed the woman’s wish to “transition” the boy. According to the father and his neighbors, when the child was with him he behaved like a normal, happy boy. He attended school as a boy. He reportedly gave no indication he wanted to be a girl. His mother told him he was a girl. But it’s not clear that he suffered from gender dysphoria apart from the confusion of being treated differently by his parents.

Then on September 21, Judge Brown stripped the father of custody. She found the father guilty of disobeying her order to accept his son as a girl. The judge gave the surrogate mother permission to take the boy anywhere in the United States. The mother had already stated her intention to take the boy to California. That state now offers “sanctuary” to “transgender” children. So Judge Brown gave the mother a green light to have the boy castrated. His father will be unable to protect him.

In California the boy will almost certainly be given a puberty blocker. His testicles will be prevented from maturing. This will be followed by HRT. The combination of puberty blocker and estrogen will, in effect, chemically castrate him. At age 16, or perhaps sooner, the boy’s surrogate mother will probably have him subjected to “gender-affirming” surgery. His penis and testicles will be amputated. Then a surgeon will fashion the remaining tissues in his crotch to resemble a girl’s genitals.

If He Were to Fully Transition, He Would Become a Eunuch and Likely Wouldn’t Stay Satisfied With the Results

But the mutilated boy will still be a boy. He will still have a prostate. As he grows older he may have to undergo periodic screening for prostate cancer. He will have to continue taking estrogen. And he will never conceive or give birth to a child. He will be a eunuch.

Because of his long process of “transitioning,” he might be satisfied with the results. Or he might become deeply depressed by the irreversible changes that have been inflicted on him. And he might end up in the growing ranks of “detransitioners” who regret becoming “transgender.”

Judge Brown wrote that her decision is “necessary for the safety and welfare of the children” and “in the children’s best interest.” (The boy has a non-identical twin brother who is not being “transitioned.”) So she believes that raising the boy as a girl and having him chemically and surgically castrated is necessary for his welfare and in his best interest.

Pray and Stand for Justice

This is grotesque. This is evil. Americans in general, and Texans in particular, need to know how agents of their government are contributing to the abuse and mutilation of children.

Transgender Indoctrination at School and in Kids’ Movies