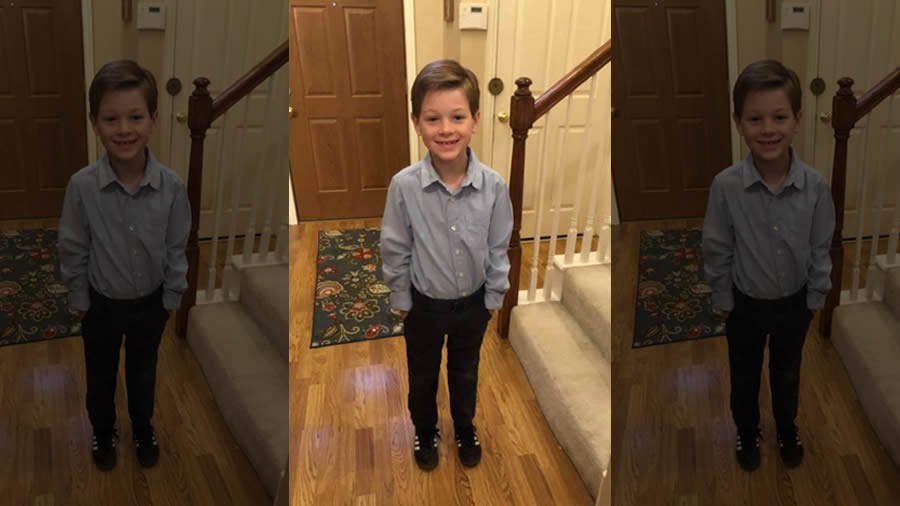 A 7-year-old boy whose mom tried to “transition” him into a girl has chosen to attend school as a boy.

After a recent court battle between his parents, little James Younger finally has a say in whether he wants to live as a girl or a boy. He chooses to live as a boy, against his mother’s wishes.

No Longer a Girl Named Luna

James’ mom, pediatrician Dr. Anne Georgulas, enrolled James in kindergarten as a girl named “Luna.” She dressed him in girls’ clothing and put barrettes in his hair. She claims James wants to be a girl. However, when he was at his dad’s house, James threw away the dresses in the middle of the night. He wants to be called James and wears boy clothes while at his dad’s house.

Before last Thursday’s ruling, Georgulas had sole managing conservatorship of James and his twin, Jude. The boys’ father, Jeffrey Younger, had no say in whether his son would undergo chemical castration. Public outcry was so great that Texas Gov. Greg Abbott called for an investigation into the custody battle.

In the most recent hearing, the custody evaluator, Dr. Albritton, said in a statement provided to the court that Georgulas was “over and above affirming.” The court found that “the Mother has exceeded the scope of the exclusive rights and duties provided in the prior order.”

Judge Kim Cooks decided that Younger and Georgulas will be joint managing conservators. The judge ruled that Georgulas cannot “transition” James without Younger’s permission. She also placed a gag order on both parents to prevent them from talking about the case until after James and Jude are 18 years old.

Meanwhile, The Daily Caller News Foundation reported that James’ mother is trying to force the judge off the case for reposting on her Facebook page a news article about the case.

The Stream will continue to provide updates on James’ story as warranted.