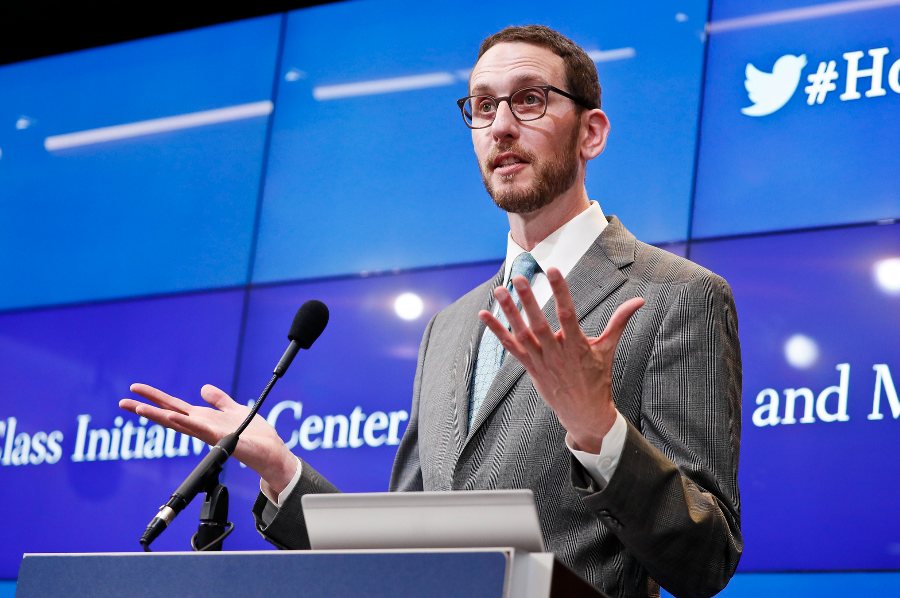 California State Senator Scott Wiener, based in San Francisco and himself openly gay, introduced California's SB 107 in response to the growing number of states that are passing bills making it illegal to "transition" minors.

It sounds too ghastly to be true, but it is true. If California’s SB 107 becomes law, as the bill currently stands, California could become a sanctuary state for minors wanting puberty blockers and sex-change surgery, even without parental consent. In the words of Attorney Matthew McReynolds of the Pacific Justice Institute, “SB 107 may be the most brazen assault on fundamental parental rights in the history of this state.”

In short, a trans-identifying child unable to receive hormone treatments or undergo irreversible sex-change surgery in the state in which they live would be able to flee to California and be treated under the protection of the state.

What if these treatments were available in the child’s home state but the parents opposed such treatment? Tough luck on them! As explained by the California Family Council, “Courts would also be instructed to ignore the fact that a child has been kidnapped from the parent or parents with legal custody, if the minor comes to the state for gender transitioning.”

Yes, the bill “would empower California courts to take ‘temporary emergency jurisdiction’ of children if they come to California for trans-drugs, surgery, or mental healthcare.”

And it could well become statewide law.

Put another way, if you’re 16 years old and your parents forbid you from “transitioning,” or if you live in a state where such procedures have been banned, California is the place for you.

What This Bill Would Do

To flesh this out more fully, let’s say you’re that child, living today in Texas. You are 16, you are a girl, but you’re convinced that you are a boy, and you desperately want to “transition.” This alone will be the solution to your deep emotional pain.

Your parents, on the other hand, are dead set against it, agreeing with Ken Paxton, Attorney General of Texas, who stated that these treatments and surgeries, “when performed on children, can legally constitute child abuse under several provisions of chapter 261 of the Texas Family Code.” (For the devastating reality of all this, see here and watch this.)

Thankfully, you have extended family living in California, including two female cousins you’re close to. So, you ask your parents if you can vacation with these cousins over summer break, not telling them that the reason you want to go to California is to start the “transitioning” process.

Under these conditions, if SB 107 becomes law, your parents would be powerless to stop you once you got to California.

You could come home one year later without breasts, with your voice permanently altered and with your body sterilized, and there is nothing that your parents could have done about it. This is what this bill would do.

No wonder that attorney Dean Broyles, president of the National Center for Law and Policy, stated that “SB 107 is a direct assault on parental rights and state rights which will cause great damage to children and families if enacted.” Indeed, said Mark Schneider, Esq., president and founder of Protect Our Kids, “It would pit state against state and parent against parent.”

So, one state makes it illegal to “transition” a child and California says, “Come to us!” (This is now happening with access to abortion with the overturning of Roe.)

Or, if parents are separated but with joint custody of their child, if that child wants to “transition” and one of the parents is in favor while the other opposes, that parent can simply bring the child to California. The other parent would not be able to do a thing about it. Not a thing.

At the risk of overusing a phrase, I must say it again: This is madness!

The bill was introduced by State Senator Scott Wiener, based in San Francisco and himself openly gay, in response to the growing number of states that are passing bills making it illegal to “transition” minors. In his view, these states are engaging in “brutal attacks on transgender children.” The bill is actually referred to as “Trans Refuge Legislation.”

In reality, this bill opens the door wide for thousands of kids to make terrible, life-altering decisions, even against their parents’ wishes. So, it is the bill itself, not the laws in other states, which constitutes a brutal attack on so-called transgender children.

Minors Need to Be Protected From Medical Abuse

In fact, the LGB Alliance USA, billed as “leading the fight for same-sex rights,” strongly opposes the bill stating:

This particular bill is written under the fallacious premise that “gender affirming care” is something that should be protected. However, the very term “gender-affirming care” is a euphemism that obscures the reality of such “care”—namely, that it sets people on the path of lifelong medicalization based on scientifically dubious treatments, including hormones, puberty blockers, and mastectomies. No minor should be subjected to such treatments for gender dysphoria, as they have damaging and irreversible effects. Contrary to what SB 107 says, we believe it absolutely should be the public policy of the state of California to protect minors from adults who would irresponsibly set them on the course for such “treatments.”

Not only so, but the LGBA actually endorses “the guidelines recently released by the Florida Department of Health. Such guidelines recommend against medical and social “gender transition” for minors, but rather encourage counseling for youth struggling with gender dysphoria.”

What do you know! (For those wondering why LGB activists would oppose SB 107, it is because “lesbian, gay, and bisexual individuals are over-represented amongst gender dysphoric youth. LGB youth ought to be encouraged to accept their sexuality without feeling a need to permanently medically alter their bodies.”)

Unfortunately, the California madness doesn’t stop with SB 107, which goes to preliminary vote on August 3.

Another Bill Would Force Reeducation on Professionals Who Don’t Comply

There is another bill introduced by Sen. Wiener, SB 923, which, as is currently worded and according to the California Family Council, would force “all medical and health insurance personnel to attend transgender ‘cultural competency training’ classes. Those who still fail to provide ‘trans-inclusive health care’ will have to repeat the training over and over.” (Forms of the word “require” are found 43 times in the bill at present.)

As for those who refuse to provide such “health care,” a formal complaint could be lodged against them, which could then be made public. To paraphrase, “You will be reeducated, you will comply, or you will be shamed and discredited publicly!”

Or, from a different angle, “You will be forced against your will, against your religious and moral convictions, and against your better medical judgments to help people ‘transition,’ or the state will be coming after you.”

It would be bad enough if things like this were taking place in a totalitarian country like China. But California? Really? Or was no one listening when many of us warned that “tolerance” was never the end goal of many LGBTQ+ activists?

This is all about compliance, or else. Californians, beware!

(If you live in California, reach out here to find out how to contact your elected representative. For the rest of the country, help get the word out!)