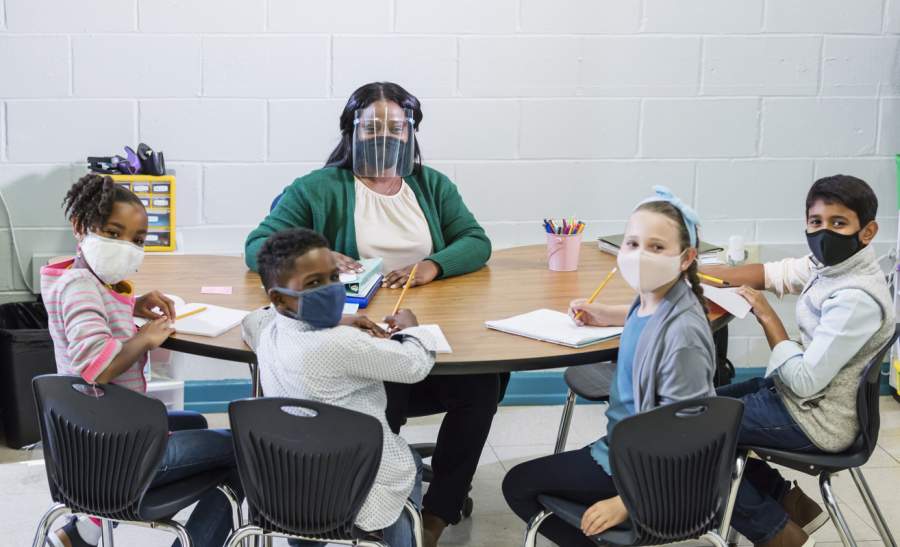 On the COVID vaccines issue, I consider myself a moderate, who pursues the Golden Mean. That’s because I know the full range of opinion on the subject, and how far the poles stand apart. Let’s hijack the standard Left/Right spectrum — too one-dimensional to be useful in real political philosophy — and use it here.

Speaking metaphorically, what would be the “far-right” position on the whole pandemic? The most hard-core “right-wing” stance I’ve seen so far would have to be the following.

The COVID epidemic was intentionally created in a Chinese lab with the direct involvement of Dr. Anthony Fauci, at the behest of global elites including Bill Gates. Whether or not it leaked accidentally in 2019, it was always intended for use as a terror pandemic. The elites’ goals (war-gamed in advance) included some, or perhaps all, of the following:

Does HYDRA Really Exist, Though?

The above position isn’t really “fringe.” It’s mostly based on facts, things that actually happened. However, it’s certainly open to question how much of that list above was 1) planned in advance 2) via conscious conspiracy and 3) meticulously executed by a disciplined and secretive elite.

The above actions might have appeared like the exquisitely coordinated moves of a supervillain conspiracy (see Marvel’s “HYDRA”). But it’s equally likely, I think, that the bad actors above were mostly just muddling through. Powerful people trained to think alike in our loathsome universities, consumed by the same foolish godless ideas, acting in predictably contemptible and opportunistic ways. It’s always hard when studying the past to figure out which parts can be traced to which of the three main engines of history: the World, the Flesh, and the Devil.

Because I don’t necessarily buy into the “coordinated conspiracy” theory of a “Plandemic,” I can’t accept the key tenet of the “far-right” view of vaccines. Namely, that the vaccines were carefully managed by HYDRA (or its real-world equivalent) to serve some direct evil purpose. Yes the vaccines were rushed through, mostly without animal testing, and dumped on the whole population while still labeled “experimental” by the government. So I can see why people are paranoid. (Actually, if you’re not a little paranoid by now, you’re just not paying attention.)

But I must hop off the rightward moving train at this point. I don’t think there’s anywhere near sufficient evidence to support the claim that this is a “DeathVaxx,” intended to either a) kill millions of people or b) render them sterile. I get emails that assert this all the time. You probably do as well.

Save us, dear vaccine.
Take us seriously.

Instead, I oppose any vaccine made by exploiting the cells of murdered unborn babies, as I would any based on Nazi experiments during the Holocaust. I won’t take it, and neither should you. If you’re desperately afraid that you might die of the virus — which the vaccine won’t even prevent, but might mitigate — then you might not be culpable in God’s eyes for doing so. But remember that what you’re doing is analogous to a starving man on an island eating the flesh of a child murdered by savages. It’s nothing to brag about.

It is mighty suspicious that we have let someone like Bill Gates attain so much power over public health. You know, since he constantly talks about the need to drastically curb human population around the world. Especially since birth rates are already plummeting almost everywhere, to the point that some future shrunken generation will likely just euthanize us when we’re old — since they won’t be able to care for us.

If HYDRA is real, I’d like to slip it a little note. Maybe via my old Yale classmate, Fareed Zakaria. If there IS a global conspiracy, he definitely attends its meetings in some abandoned Swiss salt mine each year on Halloween or on the birthday of the Marquis de Sade. It would read something like this:

If you must speed up the arrival of end-times by conducting a misanthropic global social experiment, could you please be a little more subtle about it? Your actions since 2019 may have been effective, but they were so obvious as to be vulgar. Who’s crafting your strategy, some failed TV screenwriter with a serious cocaine addiction? Maybe don’t put in charge of steering global health billionaires like Bill Gates who demand human depopulation. That’s just tacky, like an end-zone victory dance. Surely you learned better manners at Eton, Exeter, or Sidwell Friends School than that. If you must promote evil via a global conspiracy, is it too much to ask for a little good sportsmanship? I don’t think it is. See you at the next reunion.

P.S. Also, who thought it was a good idea to have public schoolteachers assign their students to write little prayers to the vaccine? Cut it out. It gives your game away. (So cringe.)

Do Not Taunt the Vaccine. Speak to it Soothingly and Respectfully

That’s right. As promised in this slightly rambling column’s title, teachers are doing just that via the Global Vaccine Poem Project. A mainstream Canadian radio host reported on this with a straight face. One of these poor students — beaten down and isolated after a year of lockdowns — offered this messianic take on the abortion-tainted vaccine:

Save us, dear vaccine.
Take us seriously.
We had plans.
We were going places.
Children in kindergarten.
So many voices, in chorus.

Give us our world again!

Restore us to each other.
We liked our lives.

Maybe we didn’t thank them enough.
Being able to cross streets
with people we didn’t know,
pressing elevator buttons,
smiling at strangers,
standing in line to pay.
We liked standing in line
more than we pretended.

It’s a quick prick in the arm.
You’ll barely notice it.
It’s the gas in the car.
Getting us going again.
It’s the turn in the road.
Face-to-face conversation
someday soon?

We went to yoga classes,
deep collective breathing,
in small rooms in cities
where we didn’t even
live! How brave we were.

Vaccine, please.
Restore our lives.
Believe they were beautiful.

It is tempting to add at the end, “Amen.” Or perhaps that must wait until researchers finish making the sacred Vaccine available in white wafers that look like church Communion hosts. Yeah, that’s happening, too.