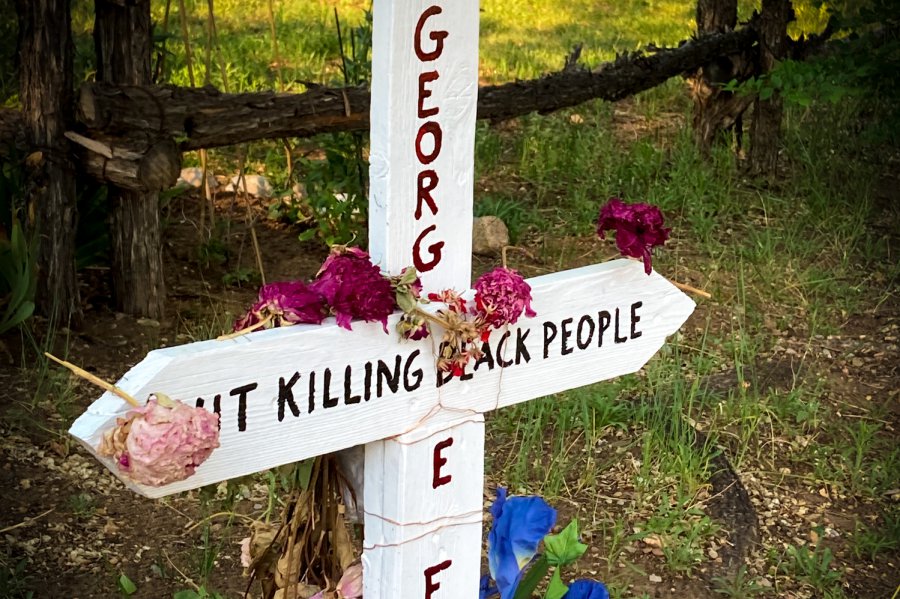 Imagine if George Floyd’s death had gone unpunished. If in fact, Derek Chauvin had called a medical supply company, and sold Floyd’s organs for profit. Let’s say that company cloned Floyd’s cells and sold them to pharmaceutical companies. For profit, these companies used George Floyd’s cells to produce competing vaccines. So the only vaccines available to slow a major disease were all made from ransacking what was left of poor George Floyd.

Some (let’s say, Johnson and Johnson) used them directly, at every stage in their vaccines’ development. Others (let’s say, Moderna and Pfizer) just tested their vaccines on Floyd’s stolen genetic heritage — because they wanted to avoid controversial animal testing. Would you be okay with any of this? Would you knowingly take any of these vaccines?

Would You Feel a Little Guilty?

Or would you feel guilty, knowing that you’d benefited from an unjustified killing, from which the killer actually made a profit? Would you feel as if your purchase of a product made using this dead man’s intimate genetic information somehow … implicated you? Would it ease your conscience if a liberal pope or ethics professors waved all objections off, pointing out that Floyd died many months ago, and you weren’t the cop kneeling on top of him. No blood on your hands. Avoiding the vaccine would be like refusing to visit a plantation home because of slavery.

What if police killings of unarmed suspects were widespread and common (instead of extremely rare)? Let’s say they added up to almost a million deaths per year. But courts intervened in those cases to twist the Constitution, to keep such killings “safe and legal.” Would that make you less likely to take the George Floyd vaccine? Because you wouldn’t just be gaining from an evil act, but granting somehow your approval of an ongoing, daily evil going on across the country. Might that stir your conscience?

What If Nobody Else Even Seemed to Care?

What if civil rights groups and black organizations were largely quiet about the George Floyd vaccine — not because they approved of it, of course. But because they were beaten down by regular defeats in federal courts, which routinely pretended that some clause or other in the Constitution gave police the right to kill?

Imagine that one political party was fiercely, unanimously in favor of such police killings. But the other was fitfully and inconsistently against them. So nothing ever changed. Would you just be relieved that nobody was picketing the CVS where you went to get the vaccine? Or might you find this silence and compliance a little … unsettling? Even ghastly.

Would you be confused why no major pharmaceutical companies were even trying to develop a non-George Floyd vaccine? Because apparently, nobody cared. Might it unsettle you about America’s moral health to learn that dead black civilians killed by cops were used in many of our vaccines? And also used in testing all sorts of food and consumer products, while animals weren’t? And this happened because a powerful lobby of animal activists pressured Big Pharma to spare innocent animals. But nobody cared about dead black Americans killed by rogue cops, at least not enough to raise a stink. They did care about fighting off a disease whose survival rate was 98%.

Do you think that any of this would bother you even a little?

The Whipped Cream and Cherry on the Cake

What if various local and state governments were trying to make the George Floyd vaccine either legally or de facto mandatory? If the price of going to work, to the supermarket, or perhaps even leaving your house was taking part in the past action of carving up George Floyd’s body for parts, and stealing his DNA. Would you consider such state mandates the tyrannical whipped cream on top of a cannibal cake?

So plug in “aborted babies” for “George Floyd” and “abortionist” for Derek Chauvin, above. Now you understand why I’m not taking this damned baby-killer COVID vaccine (yes, I use the “D” word advisedly). And I don’t think you should either.

If you’re in some group with a much higher risk of death from COVID, I’m not here to judge you. We’re not always culpable for what the fear of death drives us to do. But at least register a protest, say something to let the world know you just aren’t a cavalier consumer happy to benefit from our global Culture of Death. Use the extra years you imagine the vaccine is buying you to fight the vast evil we face.