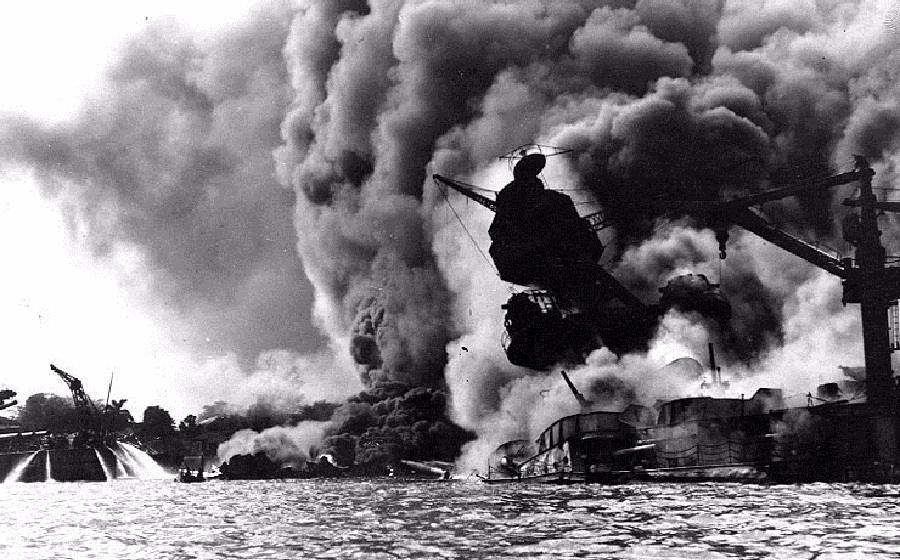 My mom was not a model of ethnic sensitivity. Once she made me cringe when a bunch of visiting rural Cajuns (led by a friend of mine) took us out to New York City’s Little Italy. We couldn’t find a spot, so I suggested parking in neighboring Chinatown. Mom took a stand on principle. Absolutely not.

“Oh no,” she said, in her twangy, George-Costanza’s-mom Astoria accent. “I haven’t trusted those people since Pearl Harbor.” She’d been 14 when that happened, and her brother ended up getting wounded fighting at Normandy. Though not against … the Chinese.

I stepped in, pedantically, “But that was the Japanese! The Chinese were our allies! In fact, the oil boycott Roosevelt slapped on Japan in support of China likely provoked — ”

The rural Cajuns looked at each other. They’d expected big city New Yorkers to be a little bit … different.

“I don’t care,” Mom said, puffing a Marlboro, “they all look the same to me. Those people give me nightmares. They eat cats.”

In whatever bubbling corner of Purgatory mom sweats out her sins, I know she’s cackling now. I can see her raising her eyebrows and saying, “They eat bats, too.”

From a Research Lab, Not a Wet Market

But of course, she’d be wrong. (Again, Mom! Again.) The habit of eating virus-laced bats, or even endangered pangolins, apparently wasn’t the cause of the Wuhan flu’s transmission. The Coronavirus’ origins appear not to be nearly so innocent or quaint.

There is increasing confidence that the COVID-19 outbreak likely originated in a Wuhan laboratory, though not as a bioweapon but as part of China’s attempt to demonstrate that its efforts to identify and combat viruses are equal to or greater than the capabilities of the United States, multiple sources who have been briefed on the details of early actions by China’s government and seen relevant materials tell Fox News.

This may be the “costliest government cover-up of all time,” one of the sources said.

The sources believe the initial transmission of the virus – a naturally occurring strain that was being studied there – was bat-to-human and that “patient zero” worked at the laboratory, then went into the population in Wuhan.

The subsequent weeks were a black comedy of errors, as Communist bureaucrats covered their butts, silenced whistleblowers, jailed scientists, and lied to the world. In all of that, they had the help of the compliant World Health Organization. (No wonder President Trump has suspended funding to that organization.) And a timid, sold-out, or frankly pro-China Mainstream Media.

The Chinese response recalled the Soviet handling of Chernobyl, except a whole lot worse, since the stakes were higher. The radiation from that plant wasn’t going to spread from Ukraine to New York, London, and Rome.

A Long Record of Lies

The Victims of Communism Foundation has produced a detailed timeline of the People’s Republic of China’s (PRC’s) actions surrounding the outbreak. The Foundation notes:

[T]he first case was recorded in Wuhan, China, on November 17, 2019 — a fact still not acknowledged by the PRC. Despite readily available information and a rapidly spreading outbreak, it took more than two months for the PRC to inform the world that the coronavirus was being transmitted among humans, which the regime finally admitted on January 20. The PRC knew about human-to-human transmission by late December, yet ordered the evidence destroyed. Such information was vital to preventing the global pandemic.

For a video account of how China mishandled the virus outbreak in order to cover up its true origins, watch this stunning, one-hour documentary from The Epoch Times. That paper is one of the few media outlets willing to subject the Communist regime to honest scrutiny.

Biological Warfare Against the World

But we haven’t even gotten to the really bad part of China’s behavior, the part that seems like a piece of biological warfare aimed at the rest of the world. Buried in Fox’s report we find the following shocking paragraph:

There were doctors and journalists who were “disappeared” warning of the spread of the virus and its contagious nature and human to human transmission. China moved quickly to shut down travel domestically from Wuhan to the rest of China, but did not stop international flights from Wuhan.

Did you get that? Not only did the Chinese Communist regime know that the virus spread by contact, and lie about it. It shut down the infected province to travel inside China, but continued to send people from there all around the world.

The Communists shut down the infected province to travel inside China, but continued to send people from it all around the world.

Does that remind you of anything? Maybe old stories of U.S. soldiers giving smallpox-infected blankets to Indian tribes they hoped to wipe out? Or the German general staff shipping Lenin to Russia, to bring down its tottering regime in 1917, and knock it out of the war?

Hannity notes, “It certainly would speak volumes if they are not allowing people from Wuhan to travel to China or to any other areas of China, but they’re letting them travel internationally. That would mean they knew the risk was real. They protected their own country, but nobody else and we already know that they were not forthcoming.”

Baier said, “My sources…they’ve been briefed on this and they seem pretty confident. The fact that they’re saying it like this is news in and of itself…We really want to see the evidence, the hard, direct evidence and we’ll see if we can get that.”

Vaughn concludes: “If it is proven that the CCP stopped air traffic to and from Wuhan to contain the spread of the virus, but continued to allow travel from Wuhan to foreign countries, it would be a game-changer. China will truly become a pariah on the global stage. I can’t imagine anything President Xi could say or do to redeem himself.”

I’ll go further. If we can verify that China protected its own citizens from this virus, while sending those likely infected all around the world like human bioweapons … that’s an act of war.

And a much more infamous one than Pearl Harbor, in fact. At least that sneak attack targeted soldiers, not old people in nursing homes.

At this point, off in eternity, my mother lights a Marlboro from the purgatorial flames and blows a smoke ring. “I told you so.”