The Brew: FBI Monkey Business … or Should I Say Monkee Business? 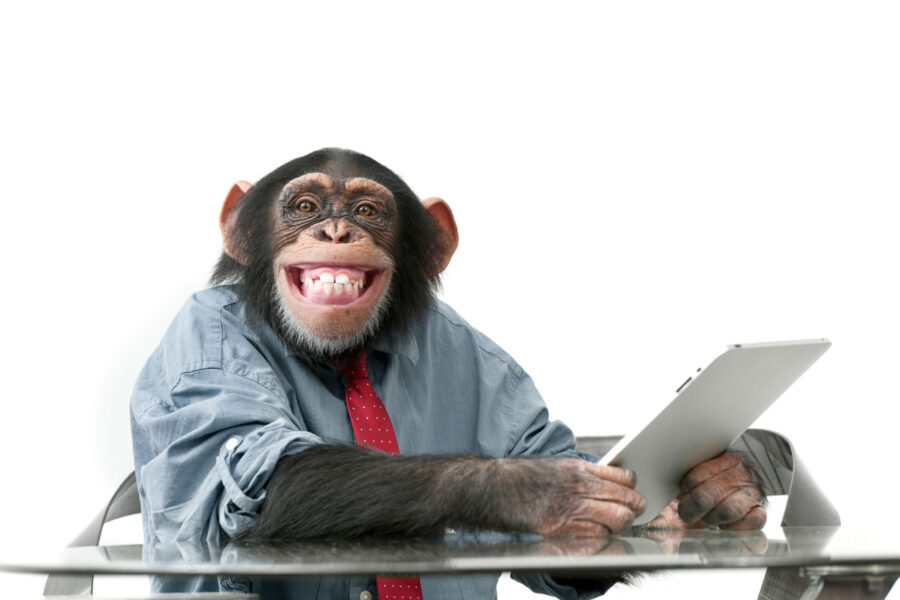 And the Brew’s already overflowing.

Did Biden Really Suggest Those Who Support the 2nd Amendment are Cop-Killers?

Joe Biden’s giving a big speech tonight, supposedly on the “soul of the nation.” If Tuesday’s speech was any indication, it’ll be more about damning the souls of half the nation.

Biden was talking about supporters of the 2nd Amendment when he said, “Think about the rationale we use — that’s used to provide this. And who are they shooting at? Shooting at these guys behind me.” (Meaning the cops.)

I wrote about it fully in “Biden Makes 2nd Amendment Supporters Out to be Cop-Killers? DOJ Trying to Silence Whistleblowers as They Hunt Trump?”

Biden also said, “And for those brave right-wing Americans who say it’s all about keeping America — keeping America’s independent and safe, if you want to fight against the country, you need a F-15. You need something a little more than a gun.”

Is that an offer, Joe? Or do I have to be in the Taliban or a corrupt Ukrainian oligarch to get the heavy stuff?

NOW – Biden: "For those brave right-wing Americans… if you want to fight against the country, you need an F-15. You need something little more than a gun." pic.twitter.com/ce3BJEEo7G

Seriously, shout out to Brad Stager at RedState.com. Biden’s line about the F-15s completely undercuts the J6 “insurrection” narrative:

Now, every time we hear Democrats and media members mewling about “the threat to our democracy”, we simply pull out Joe’s measure of things. In your example are there F-15s involved? No? Then sorry, not a threat to this nation.

Speaking of the Taliban. The Stream has an interview up with Jason Jones on the 1st anniversary of our disastrous withdrawal from Afghanistan. Jason’s been working tirelessly since the fall of Kabul to rescue Americans, those who helped Americans, and Christians out of Afghanistan. Don’t miss it.

Docs So Secret and Sensitive, FBI Spread ‘Em on the Floor

In its Tuesday night filing, DOJ released staged photos of documents spread by agents across the floor at Mar-a-Lago. Yeah, we’re told the documents are so classified it justified raiding the home of a former president. But what’s a little show-and-tell for a dog-and-pony show? And by golly, make sure you have those Time magazine covers in the shot. 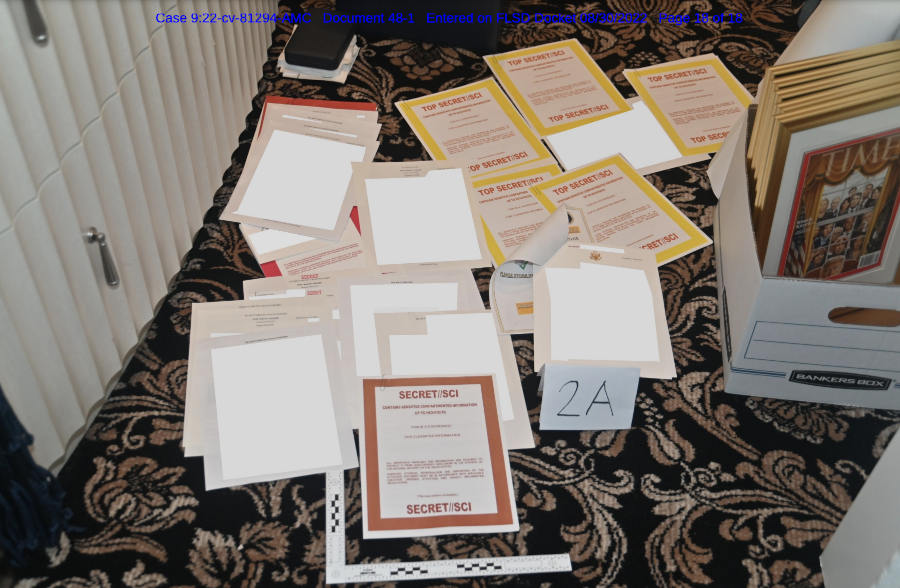 Mark Levin has a devastating thread shredding the DOJ.

A: So, the FBI/DOJ claim that documents at Mar-a-Largo may have been moved and they were told they could not access them when they were executing a subpoena. And to them, this raises questions of "obstruction". Well, I have some questions for them…

Trump himself weighed in on Truth Social.

Terrible the way the FBI, during the Raid of Mar-a-Lago, threw documents haphazardly all over the floor (perhaps pretending it was me that did it!), and then started taking pictures of them for the public to see. Thought they wanted them kept Secret? Lucky I Declassified!

Here’s a question: Isn’t releasing a photo showing documents (that Trump declassified) marked Top Secret an effort to taint the jury pool of a future trial? Or at the very least, the voting pool? The photos certainly weren’t staged for the judge deciding whether to appoint a special master.

FBI Has Long Been Up to Monkee Business

You’re a “Daydream Believer” if you think the FBI going after a president’s enemies is something new. We’ve had a weird reminder of that this week. Mickey Dolenz, the last surviving member of the pop group/TV troupe The Monkees, has sued the FBI. Dolenz has been unsuccessfully trying to get his hands on the FBI file the Feds had on the group.

Yes. The FBI was tracking The Monkees back in the ‘60s. The Monkees!!

When you think of ‘60s radicals, the first band that comes to mind is The Monkees. Who else? Josie and the Pussycats? The Archies? Ooh. Maybe guitarist Michael Nesmith had an earpiece with a direct line to Moscow under that wool cap!

Actually, the FBI was keeping tabs on entertainers who were critical of the war on Vietnam, and apparently the Monkees’ stage show included imagery that put them in with the anti-war crowd. (As if any of the fans noticed anything other than how cute singer Davy Jones was. He was soooo dreamy!)

According to Dolenz’s lawsuit, he’d been trying to get hold of the file, filing a Freedom of Information Request, but the FBI has been refusing to hand it over.

Your crack FBI missed one right in their own house. Too busy hunting opponents of the regime, one supposes. An FBI employee in Utah has just been arrested and charged with molesting several young girls. Robert Alexander Smith faces four felony counts of aggregated sexual abuse of a child, among other charges.

Joe Biden’s approval numbers moved up a smidge when he was out of action with COVID and vacationing in South Carolina and Delaware. But once he showed up back in public, the approval rate plummeted. New polling from Reuters/Ipsos has him falling three points in just a week. Just 38% approve of the job he … or whoever’s running things … is doing. Last week’s poll had him at 41%.

Huh? You Need ID to Buy Whipped Cream in NY, but Voter ID is Racist

Did you know you now have to flash ID to buy whipped cream in New York? The state passed a law in 2021 requiring that those who purchase whipped cream be 21. (People use the nitrous oxide in the cans to get high.) So you need an ID to prove you are 21 to purchase the foamy delight. But, the Left insists, making people show an ID is racist. Pennsylvania’s Democratic Senate nominee John Fetterman made the claim again this week. He added that poor people and “people of color” are “less likely to have their ID at any one given time.”

Yeah, he’s racially stereotyping. But with a D by his name, he gets a “Get Out of Cancel Culture Free” card.

Can’t Make This Up

Last week, California was touting how it is going to force all new vehicles sold in the state to be electric by 2035.

This week, the same California is asking those with electric cars not to charge their vehicles because of expected brownouts.

Speaking of lights, just how dim are California officials?

Dr. Michael Brown offers a Bible-based explanation of “The Massive Difference Between Forgiveness Through the Cross and Forgiving College Debts.”

Biden Makes 2nd Amendment Supporters Out to be Cop-Killers? DOJ Trying to Silence Whistleblowers as They Hunt Trump?