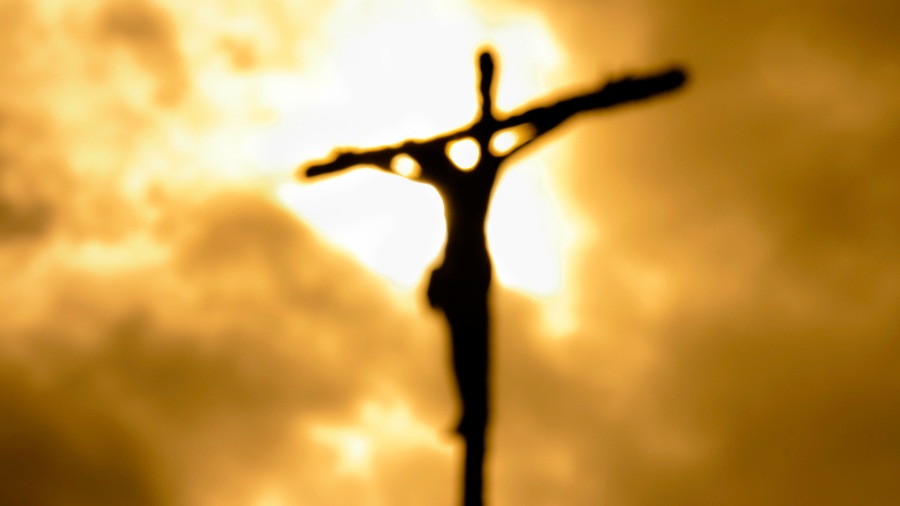 President Biden’s announcement that he will forgive a certain amount of student debts has ignited a firestorm of controversy, with some pastors criticizing Christians who have a problem with the plan. After all, these pastors argue, since Jesus paid our debts on the cross, it is unchristian for us to protest the president’s plan.

In the words of activist preacher Jonathan Wilson-Hartgrove, “A whole lot of folks who supposedly pray, ‘Forgive us our debts as we forgive our debtors’ don’t see debt forgiveness as an answer to prayer.”

Or, as expressed by progressive pastor John Pavlovitz, “Conservative Christians are fully enraged at #studentloanforgiveness, missing the irony that their entire professed religion is based on the idea of a cancelled debt. Way to lose the plot, kids.”

He added, “Not to mention the year of Jubilee,” (referring to the Torah law in which all debts were cancelled every 50 years).

But comparing the forgiveness that comes through the cross with the government’s select and partial forgiving of college loans is like comparing apples to elephants.

Or, as expressed in a popular meme by Phyllis Randall, the chairwoman of the Loudoun County Board of Supervisors, “If you’re a Christian and you’re big mad about the possibility of student loan being cancelled, let me remind you that the entirety of your faith is built upon a debt you couldn’t pay that someone stepped in and paid for you.”

To be candid, these arguments are as shortsighted as they are unbiblical.

French also quotes Roger Nam, a Hebrew Bible professor at Emory’s Candler School of Theology, who “described the Old Testament’s commands of debt forgiveness as embodying a ‘spirit of compassion’ that helped lift the poor from grinding poverty, debt slavery, and oppression.”

And it was Jesus Himself who taught us to “lend, expecting nothing in return” (Luke 6:35).

But comparing the forgiveness that comes through the cross with the government’s select and partial forgiving of college loans is like comparing apples to elephants. They are that far apart and distinct.

On the purely pragmatic side, French notes:

The biblical precedents point time and again to debt forgiveness as relief for profound oppression. …

Yet Biden’s program doesn’t meet those requirements. It’s radically generous, yes, but the generosity is backwards. It’s taking from those who have less and giving to those who have more.

Rather than, say, a discharge of debts in bankruptcy — which relieves debts for the destitute — the decision to forgive student loans benefits America’s wealthiest and most powerful citizens.

Specifically, “In July, the unemployment rate for recent college graduates was a paltry 2.9 percent. The total lifetime wage premium for a college education is $900,000 for men and $630,000 for women — an amount that’s many multiples of average college debt.”

In short, “The long-term benefits of a college degree are easy to see.”

This is hardly in keeping with the biblical emphasis on “debt forgiveness as relief for profound oppression.”

God’s Gift of Grace Versus the Taxpayer’s Involuntary Payment

Not only so, but Jesus paid our debt in full out of the riches of God’s grace. The government is going further into debt to pay down some of these loans.

Worse still, the government will be taking money from you and me — including some of you who worked hard to pay off your loans — to help pay down the loans of others. How can this possibly be compared to God’s mercy through the cross?

It would be one thing if proponents of the plan pointed to the biblical admonishment to show mercy and to help the needy. But to compare this plan to the cross of Christ is beyond ludicrous.

Jesus paid a debt we could never pay. We can pay off our student loans.

And Jesus paid for the sins of the whole world. He did not pay for the sins of a select group who seemed to need more help while bypassing those who could help themselves.

That is not the gospel.

If It’s So Biblical, Why Aren’t Churches and Individuals Doing It?

As for those pastors who use the teachings and example of Jesus to support the Biden plan, why not take money from those in your congregations who are wealthier in order to pay off all the debts of the poorer members? After all, if the principle is biblical, then the church, rather than the government should lead the way. Why limit this to the partial payment of some student’s debts?

As for the government, why start with student debts? After all, these students took this on themselves, and most of them will be able to pay these debts down over time.

Why not start with medical debts, which, in the vast majority of cases, were not taken on willingly and which can even run into the millions of dollars? Why not cancel all those debts?

And for every business owner pointing to the Bible in support of the Biden plan, why not forgive everyone who owes your company anything? After all, Jesus forgave you!

That’s why basketball coach Stan Van Gundy’s tweet was equally off point, labelling this “Republican logic” as illustrated by this meme: “Jesus’s miracle of the loaves and fishes was a slap in the face to all the people who brought their own lunch.” Please.

First, Jesus gave everyone food that day, all of them ate until they were satisfied, and the provision itself was miraculous. Second, Jesus didn’t make those who brought their own food pay for the food of the others. (For the record, the Bible only speaks of one boy who had a little food; see John 6.)

Our Goodness Should Not be of Compulsion

This also ties in with a principle mentioned by Paul in his short letter to Philemon, urging this Christian man to welcome back his former slave Onesimus, but now as a brother, not as a slave. Yet Paul wanted him to do it willingly, so that “your goodness might not be by compulsion but of your own accord” (Philemon 1:14).

In the case of student loans, a burden will be put on American taxpayers by government compulsion. What does this have to do with the cross?

Should we, as followers of Jesus, be known for our compassion and generosity? Absolutely.

Should we forgive those who sin against us just as the Lord forgave us? Certainly.

Should we lead the way in offering help to those in need? Without a doubt. In fact, during COVID, numerous churches stepped up in their communities, providing food, paying rents and helping to pay off debts.

Let us continue with these acts of Christian charity, following the spirit of Jesus. But let us not confuse this with a misguided governmental policy. And above all, let us not try to guilt others into affirming the policy based on the example of the cross. That is anything but Christian.