America’s Most Shameful Defeat, One Year Later: Trying to Keep Our Promises

An interview with Jason Jones 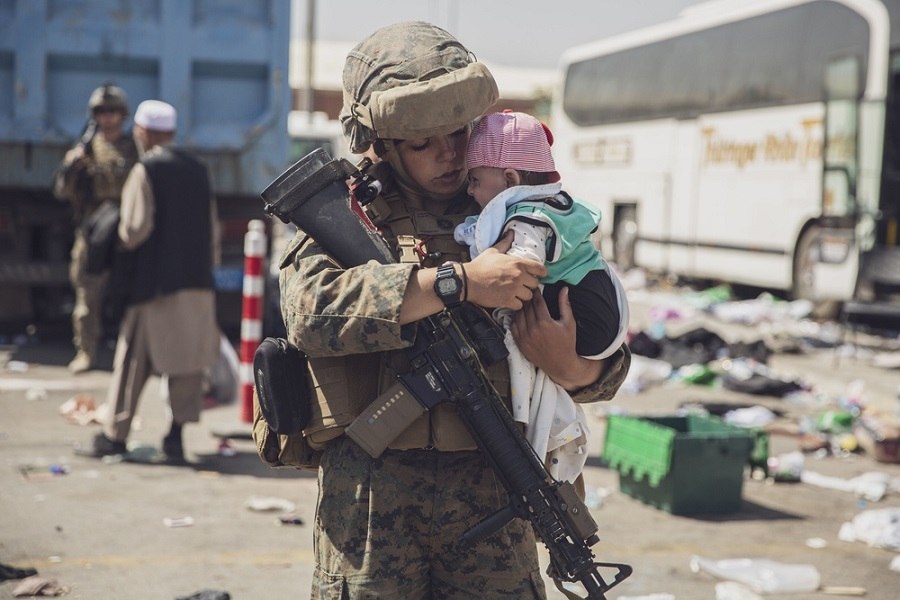 To reflect on the one-year anniversary of the total collapse of Afghanistan after the Biden regime’s shock-abandonment of that country, The Stream decided to interview U.S. Army infantry veteran and human rights activist Jason Jones.

John Zmirak: You have a major new video out, which is premiering this week with a virtual town hall. We’re highlighting it for the first time here at The Stream. Can you describe it for us?

Jason Jones: Our new video highlights the mission and work of the Vulnerable People Project in Afghanistan. You will meet our team, our Afghan partners, and hear about specific rescue missions and our efforts to support, evacuate and resettle our allies and religious minorities.

It’s important to remind the American people that we made a promise to our allies and friends in Afghanistan. It is a matter of our honor to stay true to that promise. My organization, the Vulnerable People Project, intends to maintain this promise. We will serve the people of Afghanistan until we have gotten every single person on our list evacuated and resettled.

What was the situation in Afghanistan when Donald Trump left office? Was it a crisis, a quagmire, from which the U.S. urgently needed to extricate itself?

The situation did change dramatically as the Taliban began taking town after town, province after province until the regime eventually fell. In the months leading up to the fall of Kabul, the Biden Administration continued to override, minimize and dismiss intelligence warnings from the United States’ various security and intelligence services

Can you speculate as to what motives could possibly have driven whoever is actually making decisions in the White House to order a sudden, shock surrender in Afghanistan?

This is the ultimate culmination of the Orwellian nightmare of 2+2 being 5. That is, political ideologies espoused and promoted from universities to the White House, which are completely out of the loop and out of touch with the problem set in the actual world where they are supposed to be protecting our rights and furthering our national interests. But our military is so powerful that it usually can always protect the US and insulate its citizenry from many missteps and even disasters that stem from our country’s political class.

How catastrophic a defeat was this for the United States? Is there any historical precedent for it? What were the harms to American interests of the sudden pullout?

This was more catastrophic than Vietnam. We spent twice as long in Afghanistan. The Presidential Administration presiding over the Afghan debacle insisted that the pre-Taliban Afghan government was resoundingly in power and in control over most of the country. There was a greater consciousness when the Fall of Saigon occurred. Most locals had been preparing for the fall of the South Vietnamese government for a long time. Our surrender in Afghanistan harms the United States’ global security with us no longer being able to have the same intelligence posture we had in that crucial region before the fall of Kabul.

How did China benefit from the triumph of its allies, the Taliban?

The US took a hit on the international stage. Global perceptions of power are often zero sum so China benefited from the US debacle. China also has full diplomatic relations with the Taliban and is one of the only countries in the world that can do business in Afghanistan, exploiting the country’s massive mineral wealth.

Leave No Man Behind

On the humanitarian side, how many American citizens were left behind? How many U.S. allies whom we had formally promised to protect?

There were at least hundreds of Americans left behind. We evacuated our last American shortly before Christmas. There are almost 200,000 Afghan SIVs waiting on resettlement and thousands of Christians. We also need to remember the 7 million Hazara who are facing genocide.

What is the situation of Christians in Afghanistan today? Of women? Of opponents of jihad militancy?

There isn’t a more dangerous place in the world to be a Christian. And tragically the US State department has no interest in rescuing Christians or Jews. Those Christians in hiding today in Afghanistan will either find a new home or eventually they will be discovered by the Taliban and killed. For women of course the situation is dire. There are 1 million orphans and 3 million widows in Afghanistan. Half the country is experiencing extreme hunger.

A Cup of Cold Water

What are you trying to do for the people of Afghanistan? What are some concrete programs your organization is running?

The Tears of the Oppressed

What motivates you and your team?

A scripture verse that recently struck me was from Ecclesiastes 4:1:

Then I looked again at all the acts of oppression which were being done under the sun. And behold I saw the tears of the oppressed and that they had no one to comfort them; and on the side of their oppressors was power.

This verse truly encapsulates what motivates my team and me. We desire to stand on the side of the vulnerable, persecuted, and oppressed; to bring them comfort and alleviate their sufferings — sufferings that, in the case of Afghanistan, tragically our government played a hand in.

None of us are here for any accolades or praise. Our work is not glamorous by any means and we daily face desperation and suffering on a deep level by those in life or death situations. Everyone on the team, thankfully, is very mission-oriented. We are a small team, but by the grace of God, have been able to do great things.

Tell us about the virtual town hall on Wednesday night. Who is involved? How can people take part?

The virtual town hall is taking place, Wednesday, August 31, at 9 PM EST. People can take part by heading to our website, www.thegreatcampaign.org, and registering.

During the town hall we will be sharing the mission of the Vulnerable People Project; you’ll meet me and members of our team; learn about how we got started and the work we do; as well as hear first hand accounts from people we have partnered with, specifically Sister Dede Byrne, and Afghans we have aided, one of whom happens to be now a part of our team. We will also be joined by a retired senior intelligence officer giving us s sweeping overview of the situation in Afghanistan today set within the modern history of the country.

We hope you can join us!

A Stream Contributor Who’s Aiding the ‘Least Among Our Brothers,’ Victims of Biden’s Surrender in Afghanistan