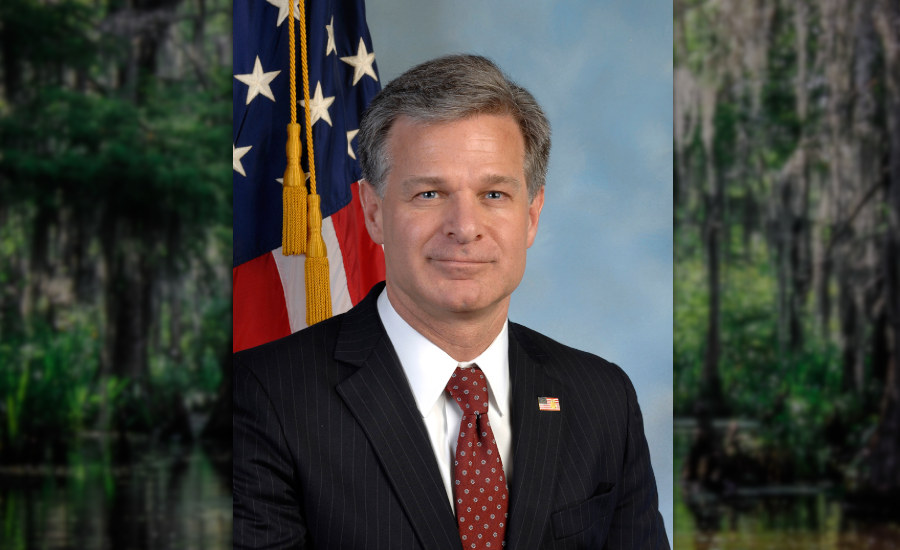 “The more we know, the more confusing it gets.” Constitutional law professor Jonathan Turley’s increasingly baffled by the FBI’s raid of Mar-a-Lago as more facts emerge about the extent to which Donald Trump personally was cooperating with authorities over documents and mementos he had at his resort home.

”I mean, the idea that he was subject to a subpoena, complied with a subpoena, didn’t challenge it, voluntarily showed the storage room to the agents, followed their advice, secured it to meet their demands. All of that is hardly a basis for saying now we need to send in 40 FBI agents on a on a raid,” Turley told Fox News.

Apparently, Trump did everything in June but give agents at Mar-a-Lago foot rubs.

The raid is confusing to Turley because he’s a nice guy, a man of the law. It’s not confusing if you understand this administration and party in power will stop at nothing to destroy the conservative populist movement. Nothing. And they know they have free reign to do so, witnessing the lack of punishment of Comey, McCabe, Strzok, Page, Brennan, Clapper, Clinesmith, Clinton, and so many more, they are free to ignore law and procedure and rights, if it means destroying a political foe. They’re not even hiding it any more.

Eric Trump says the FBI wanted the security cameras a Mar-a-Lago turned off during the 9 ½ hour occupation. Trump lawyers refused. Charlie Kirk has a wonderful idea:

Trump needs to immediately get all the security footage of the FBI in his home and make it public. Cut it into ads. Let people see Joe Biden’s KGB coming after a President.

But why would the FBI want the security cameras turned off in the first place? They know what images of them rifling through Melania’s clothes would look like? Or simply to hide further malfeasance?

I mean, if Officer Johnny needs a body-cam for a traffic stop in Podunk, why wouldn’t we need footage of FBI agents tearing through the house of the former President of the United States?

Reminder: Biden Hid His Documents at the University of Delaware

Meanwhile, as the New York Post reports, Obama shipped 30 million documents to Chicago, promising to digitize them for the National Archives. He has yet to do so. No agents at his doorstep.

But the Post reminds us of an even more spot-on comparison.

Joe Biden had his Senate records … that were supposed to go to the archives … sent to the University of Delaware. The university said they’d be released in two years. However, literally just hours before Biden announced his 2020 bid, the university declared they would not release any of his records until after Biden left public life.

How convenient when reporters went looking for evidence in his records to support the sexual assault claims of former Biden staffer Tara Reade. The school rejected FOIA requests. In 2021, Judicial Watch and Daily Caller News Foundation sued the University in an effort to get hold of the records.

Even if they win the suit, don’t expect to find much on Tara Reade or other Biden scandals there. According to a 2020 report by the New York Post, Biden campaign staffers had been granted access to the documents to sift to their hearts content for damaging information.

Don’t ask Biden himself what he thinks of all this. He’s high-tailed it to South Carolina’s secluded Kiawah Island in South Carolina for another family vacation. Brought Hunter along, too.

FBI Director Christopher Wray isn’t bothered that pro-life pregnancy centers and churches are being bombed and burned. Can’t be bothered that U.S. Supreme Court justices are being hunted like deer. Can’t be bothered with whistleblower allegations that his bureau has become corrupt and politicized. Murder plots and assaults on GOP congressmen? Skyrocketing murder rates? Terrorists crossing the border at will? “Sorry, pal. Have a plane to catch to the Adirondacks.”

But people livid that the FBI invaded the home of the former President of the United States and had placed informants inside his home? Oh, boy, that stirs Wray’s wrath.

In a speech Wednesday, Wray called threats in the wake of the Biden Administration’s storming of Mar-a-Lago in search of documents, “deplorable and dangerous.”  Yes, he used the word “deplorable.”

Yes, he used Hillary Clinton’s word for Trump supporters. No, it’s no accident.

With each day it becomes clearer that Trump’s right. They’re not really after him. They’re after the American people, and Trump’s just in the way.

What do Americans think of the raid on Mar-a-Lago? Not much, according to a new national poll conducted by Trafalgar Group on behalf of Convention of States Action.

Nearly 54% of Independents believed Trump’s political enemies were behind the raid. Another 11% aren’t sure.

For Republicans, nearly 77% think it was a political hit. (Apparently, the other 23% still think this is the FBI of Efrem Zimbalist Jr.)

Of course, 70% of Democrats think the raid was an impartial act of justice.

But there’s deeper trouble for Democrats in the survey. 72% of Independents say the raid makes them more likely to vote in the mid-terms. 83% of Republicans say they’re more fired up.