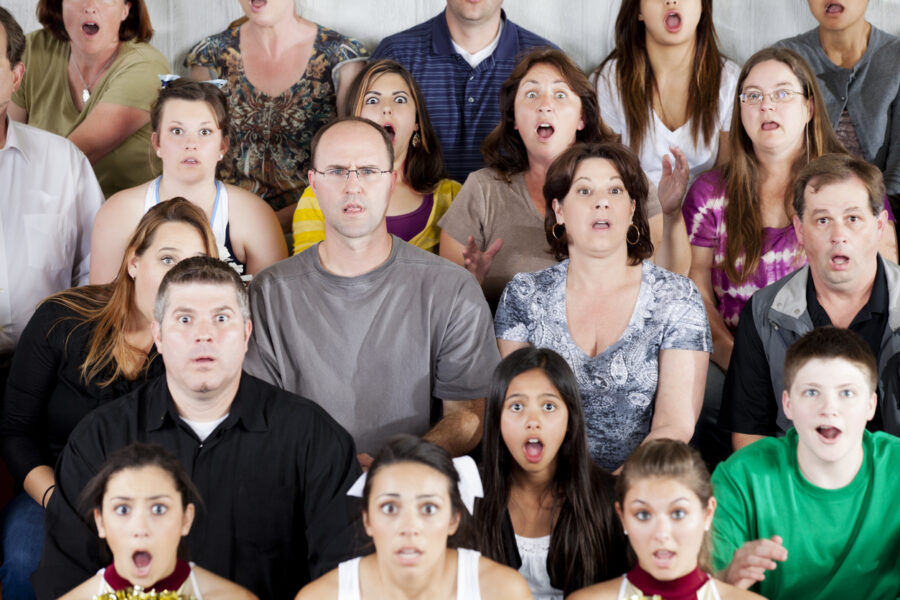 They say the average price of a cup of coffee is up 7% over last year, averaging $4.90.

But The Brew remains free.

The DOJ submitted its redacted (likely heavily redacted) version Thursday as requested. And then three years from now we’ll see the unredacted version and see just how much BS the DOJ loaded onto the magistrate.

Meanwhile, former President Trump who wants the entire affidavit released (while the DOJ wanted to keep the whole thing buried), complained on Truth Social that “The Justice Department and FBI are leaking at levels never seen before – and I did nothing wrong.”

Trump can’t complain too much. Engagement on his Truth Social app is up 550% since the raid.

‘Who is Paying for This?’

For the first time in two weeks, the White House held a press briefing Thursday. Naturally, Biden’s student debt loan payoff was a hot topic. Fox News’ Peter Doocy had a simple question. “Who is paying for this?”

Six times Doocy tried to get an answer. “Who is paying for this?” Six times press secretary Karine Jean-Pierre refused to answer, giving Doocy and the American people the runaround.

Not as if her boss is any better. (By that I mean Joe Biden, not the Easter Bunny.)

Biden Gets Cranky With Obvious Question

Why does Joe Biden get so cranky when asked questions? Even obvious ones?

On Wednesday, ABC News’ Nancy Travers asked, “Is this unfair to people who paid their student loans or chose not to take out loans?”

“Is it fair to people who, in fact, do not own multibillion-dollar businesses if they see one of these guys getting all the tax breaks? Is that fair? What do you think?”

ABC's @KarenTravers: "Is this unfair to people who paid their student loans or chose not to take out loans?"

Biden: "Is it fair to people who…do not own multibillion dollar businesses? They see why these guys getting all the tax credits? Is that fair? What do you think?" pic.twitter.com/R3WeeLkdI1

Another reporter chimed in: “What about people who paid their loans, though, struggled to pay their loans, and now others don’t have to?”

He didn’t quite say “tough-toenails.” Might as well have. He just walked away.

You’d think the White House would have some pithy response on one of Biden’s infamous cue cards to the inevitable question. Even if the answer was hooey.

By the way, a government watchdog group has determined that a majority of WH staffers benefit from the debt buy out. Imagine that. National Review has the story.

And you have to appreciate the genius of the Democrats, noted DC_Draino on Truth Social.

“Gotta hand it to the Dems,” he wrote. “They figured out a way to make conservatives pay for colleges to brainwash kids into hating conservatives.

Facebook is back in “let’s fix the election” mode. On Wednesday, Facebook blocked the account of the House Judiciary Republicans for criticizing Biden’s student loan payout. The post was simple: “If you take out a loan, you pay it back. Period.”

Big Tech’s at it again. pic.twitter.com/Oo5lESfxwU

Somehow that “violated community standards.” Really? Saying something Mom might say? And what community? The community of slackers?

“Black and Hispanic borrowers … they don’t own their homes to borrow against to be able to pay for college.”

BIDEN: "Black and Hispanic borrowers…they don't own their homes to borrow against to be able to pay for college." pic.twitter.com/81HVi8CPMq

Leave it to the Babylon Bee to capture the absurdity of White House student debt scheme: “Man Recalls Harrowing Account of Time When Government Agents Held Gun to His Head Forcing Him to Sign 100K Loan.”

California Banning Sale of All New Gas-Powered Cars, Trucks and SUVs in 2035

California — the state that helped invent the hot car culture — is fixing to ban the sale of new gas-powered cars, trucks and SUVs come 2035. This in a state that doesn’t have enough electricity to keep the lights on. But they think they’ll have the extra juice in a dozen years to keep the millions of green energy cars going? California’s not dreamin’. It’s hallucinating.

And we’ll have fun, fun, fun ’til Gavin takes my T-Bird away …

Stop the presses! Hillary Clinton finally admits she was beaten fair and square by a reality show star. Not by Donald Trump. Perish that thought. But by Kim Kardashian … in a contest of criminal law knowledge. Yes. That Kim Kardashian. Whipped Hillary 11-4. The battle took place as part of Clinton’s new Gutsy series on Apple TV+.

Humiliating? A Yale law grad getting beaten by a Kardashian? It’s not as pathetic as it sounds. Kardashian has become a criminal justice reform advocate, who last year passed her baby bar exam and served a legal apprenticeship. The law’s in her blood. Her father, Robert Kardashian was a top L.A. attorney, who most famously became part of pal OJ Simpson’s “Dream Team.”

Stream writer and best-selling military author Tom Sileo talks to Beau Wise, who lost two brothers overseas, about the disastrous Afghanistan pullout and the 13 Gold Star families as they endure the 1st anniversary of the suicide bombing that claimed the lives of their loved ones. “Afghanistan Withdrawal: ‘The First Year is the Toughest.’”