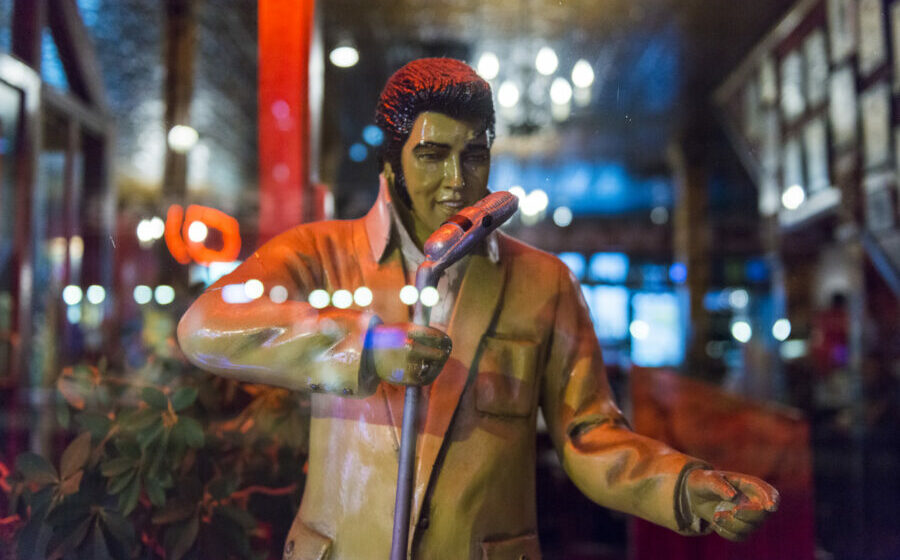 Ready for a new, fresh Brew?

Liz Cheney was ousted by the voters of Wyoming last night, and her first response was — as John Zmirak points out in his column just out — compare herself to Abraham Lincoln. She all but stated she will be running for president.

Just one little note to Liz. If you were so easy to trash the due process rights of Donald Trump as a member of Congress, whose rights wouldn’t you trash as president of the United States?

Hate Trump all you want. Ignore the concerns of your constituents all you want. But you discarded Constitutionally-guaranteed protections, 250 years of House rules, and common fairness without even blinking. That makes you dangerous, not a defender of liberty.

Biden Signs ‘Inflation Reduction Act’ … Media Stops Pretending It Has Anything to Do With Inflation.

Joe Biden signed the “Inflation Reduction Act.” But as Stephen L. Miller noted in a series of tweets, the media is suddenly dropping the pretense the act will fight inflation.

Even CNN knows it was a con job. “Let’s get real,” CNN’s White House Correspondent John Harwood said Tuesday, “They call it the Inflation Reduction Act as a marketing device in part to lock down the vote of Joe Manchin. To reassure Joe Manchin that they were focused on his issue.”

Our lives are just a game to these people.

The DOJ has admitted it improperly took Donald Trump’s passports along with documents covered by executive and attorney-client privilege. In an email to Trump’s lawyers, the department copped to grabbing the passports even though they were outside the scope of the “search warrant.” The passports have now been returned, a DOJ official told NBC News.

Trump confirmed the news on Truth Social, adding “Unfortunately, when they Raided my home, Mar-a-Lago, 8 days ago, they just opened their arms and grabbed everything in sight, much as a common criminal would do.”

Attorney General Merrick Garland waited weeks to sign off on the warrant to raid Trump’s Mar-a-Lago home, The Wall Street Journal is reporting. “Yet,” says constitutional scholar Jonathan Turley, “DOJ has argued that vital secrets were at risk and time was of the essence.”

Turley added, “It is another reason why we need to see more information or the underlying affidavit.”

So far, the DOJ wants no part of releasing the affidavit.

…It is another reason why we need to see more information or the underlying affidavit. It also begs the question of why Garland did not take basic steps to assure the public that this was not politically motivated like asking for a special master to sort out privilege material.

The judge who signed the warrant announced a hearing will be held Thursday to determine whether the affidavit should be released.

Trump himself is calling for the release of the affidavit … while son Eric told Hannity Monday night the family will release surveillance video from Mar-a-Lago “at the right time.” Yo, Eric. Make lots of copies. Get the videos out before DOJ goes to court to stop their release.

Question: Does the news Garland waited weeks to sign the warrant refute or support our suspicion the raid was only approved after the J6 Prime Time Hearings summer mini-series tanked?

There won’t be a recall election for the Soros-funded prosecutor in L.A. who happily releases murderers and other violent felons. And you won’t believe why. Petitioners gathered well over the number of signatures necessary to get a recall referendum on George Gaston on the ballot. But Los Angeles County Election officials ruled that 195,783 — or 27% — of those signatures were invalid. Just enough for the recall drive to fall short. For the record, Breitbart noted that the same county only rejected 1% of mail-ins in the 2020 general election.

(Remember in Michigan, how there was an organized effort to generate fake signatures for top GOP gubernatorial candidates so the candidates would be ruled ineligible?)

Most disastrously for the country, several swing states in 2020 threw signature verification out the window while also ramping up mail-in balloting. This flooded the election with ineligible (illegal) ballots and explains how a guy who barely left his basement and couldn’t draw flies to campaign events racks up 81 million votes.

Funny. We say it and we’re racists, domestic terrorists and threats to democracy.

The Biden Administration threatened to cut off federal meal funding to religious schools that refused to embrace the White House’s radical gender indoctrination efforts. Fortunately, it seems schools won’t have to choose between denying food to poor children or violating their beliefs.

Last month the Biden Administration was sued by the Grand Park Christian Academy in Tampa. Alliance Defending Freedom argued the USDA was forcing schools to “violate their religious beliefs or stop providing lunches to children.” Some choice: Keep food from poor children or force them to endure drag queens twerking in their faces.

Closer to Victory: Judge Orders WH to Turn Over Communications With Tech Giants in Suit Brought by Missouri and Louisiana AGs … Days After Twitter and WH Caught Dead Conspiring Against Journalist Alex Berenson

The Tuesday news comes just days after journalists Alex Berenson published an email from Twitter discussing how the White House repeatedly pressured the tech giant to suspend Berenson. (Which they ultimately did.) Berenson’s sin? He was analyzing the data and sharing the truth about the potential dangers and inadequacies of the vaccine.

On his Substack blog, Berenson shares the shocking story of finding what can only be described as a “smoking gun” in the search for proof that Biden was working in tandem with big tech to shut down conservative voices and opponents of their policies.

Washington Post columnist E.J. Dionne Jr: “This is the month Biden finally came into his own.”

This is the month Biden was knocked out for a couple weeks by COVID and has spent the rest of the time on vacation.

Is it really praise to say that Biden’s at his peak when he’s out of commission?

The lengths the media will go to push the new narrative that Biden’s staging a big comeback.

You know who is making a comeback? Elvis. And he’s been dead for 45 years. The soundtrack to the new film about the King of Rock-n-Roll made the top ten of the Billboard album chart last week. Elvis’ back catalogue is also selling briskly.

Just up: John Zmirak with “Liz Cheney and the Latest Fatality from Trump Derangement Syndrome.”