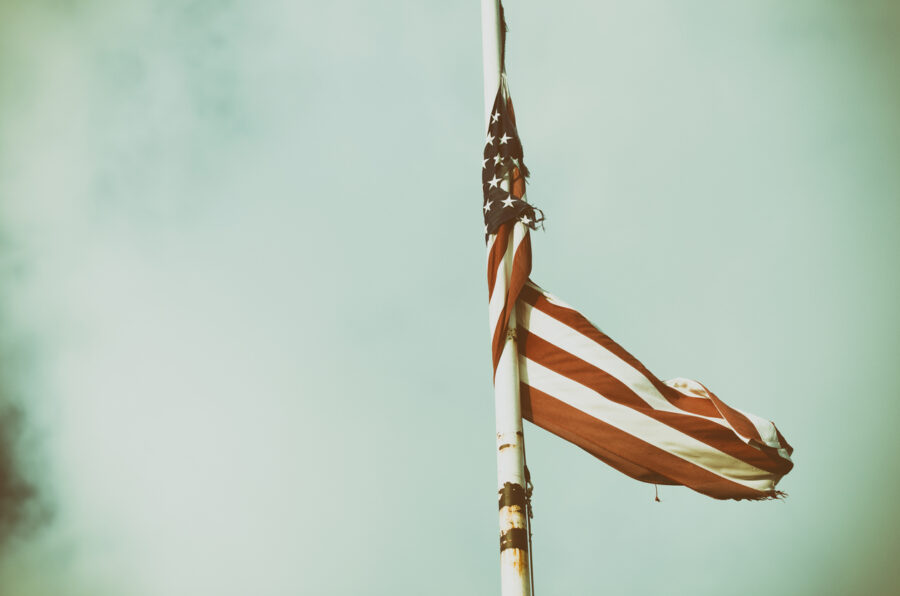 America is still here and God is on His throne.

A massive Red Wave that seemed within reach for Republicans did not materialize. As November 8 passed into the morning of the ninth, many important races remain up in the air.

Who will control the House and the Senate remains in doubt. And thanks to the bitter experience of 2020, so many have little faith that the counts that drag out for days will go for Republicans.

Exit polls were consistent: 75% of voters were angry or disappointed at the state of the country. Yet they didn’t vote en masse to rid the land of those responsible? Odd.

Florida managed to get all its counting done soon after polling closed. Which further emphasizes the absurdity of places like Pennsylvania, which is promising to drag its count out indefinitely. And Arizona, which figures to have its count done by Friday. Los Angeles? They’re saying some of their counting can take weeks.
Ron DeSantis won a blistering victory, winning 60% to 40% over Charlie Crist. You can call him the night’s big winner because he has so flipped Florida that Joy Reid described the state, that was almost evenly split four years ago, as now “Far, far, far right.”

One more point. After the 2000 debacle, Florida busted its tail to revamp its election system. It would be nice if other states followed suit … but it’s clear some states just aren’t interested. They’ll gaslight you into thinking counting that goes on for days is “normal.” It’s “just the way it is.”

When “democracy itself is at stake,” you do what you’ve gotta do, right? Which gets us to Maricopa, which is an old Native American word meaning “Land of Election Tomfoolery.”

Once again, Arizona’s most populous county was a train wreck, with election machines breaking down county-wide and those that worked spitting out 20% of the ballots. Plus voters faced insane lines. The problem, they said … after hours and hours and hours … is the printers weren’t making the timing markings dark enough. Don’t they test these machines?!?!?

Kari Lake and Blake Masters sued to keep the polling stations open until 10 because of the massive failures, but the court rejected the request. Lake, along with Donald Trump, urged voters to stay in line whatever it took. Said Trump, “They want to delay you out of voting.”

Lake added, “This is incompetency. I hope it’s not malice.”

Remember this is the same county that fought tooth-and-nail against the AZ Audit and against anyone taking a look at the election machines. It’s all the state where the person responsible for running elections in the state, Katie Hobbs, was running against Kari Lake. Hobbs did not recuse herself. Woman, you had ONE JOB.

At midnight, Hobbs holds a surprising lead against Lake. It seems impossible to believe a woman who can’t do the one job she has, who was too scared to debate, and when she did speak in interviews sounded like a complete simpleton, would actually be elected against a rock star.

Can we be done with this clown already? Beto O’Rourke was soundly defeated by Texas Governor Greg Abbott. This means Beto has lost a Senate race, a Presidential race and a Governor’s race in four years.

Stacy Abrams actually conceded to Brian Kemp last night, something she failed to do in their first contest four years ago. She spent four years saying she was the legitimately elected governor, but she can’t say that now. Kemp beat her 54%-45%.

In Georgia’s other hot race, as of midnight, Herschel Walker and Sen. Raphael Warnock were neck-and-neck, with Warnock holding a few hundred vote lead and 95% of the vote counted.

It’s looking like neither man is going to get to 50%, so we are looking at a run-off … a run-off that could decide the fate of the Senate.

Score one for the machine. Pennsylvania may well be sending a mentally impaired, fossil fuel hating, murderer-loving radical to the U.S. Senate. In an election where inflation and crime are the big issues. John Fetterman is leading Dr. Oz at midnight by roughly 34,000 votes.

You kind of saw this coming. For Oz to win, he would have had to win by about 5% to clear the corruption.

Any idea what happened to the quarter of a million unverified ballots that got sent out? Asking for a friend.

Incumbent Democrat Elaine Luria of Virginia lost her reelection bid. She is the 4th member of the Soviet-Style J6 Committee to be sent packing. Liz Cheney was defeated in her primary. Adam Kinzinger and Florida Rep. Stephanie Murphy decided not to run again.

Maryland has elected its first Black governor, Wes Moore. Voters also voted to legalize recreational marijuana. Which has worked out sooooo well for states like Colorado.

“California and Vermont have approved ballot amendments allowing the killing of unborn babies in abortions up to birth.”

Democracy wasn’t on the ballot. Moloch was. And California and Vermont gave him a big thumb’s up.

We will be doing an election recap on our Facebook and YouTube channels this morning at 11 a.m Eastern, 10 Central.

The Brew: The (Election) Answer is Blowing in the Wind