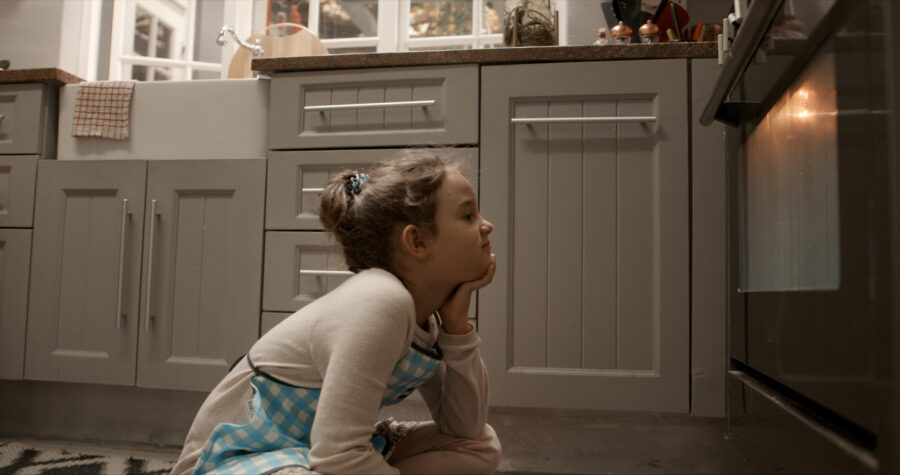 Should make this Brew an espresso.

But first, a huge thanks to Christians Engaged founder Bunni Pounds for joining us on The Stream’s live debate updates. Not just for her expertise, which is through the roof, but her enthusiasm and insight. Her simple message for believers who want to heal this country: raise up leaders of faith … and be leaders. Look around. Ask what can I do?

And “Where can I get a cute Ralphie in a bunny suit t-shirt for Christmas?”

If you missed our round-up from Wednesday morning, here it is:

Though not iced as of yet, it does look like the GOP will take over the House of Representatives, and send Nancy Pelosi into retirement. She actually took off for Egypt Wednesday. Apparently, when voters told her to pound sand, she took them literally.

So will Kevin McCarthy be Speaker? Looks that way. And Steve Scalise is looking to move up as well. On Wednesday night Scalise announced he is running for the House Majority Leader. (NOTE: An earlier version of this said he was running for Speaker. My bad. And thanks, Bunni, for the catch!)

“The American people deserve a House of Representatives that can move the agenda that was promised to them on the campaign trail,” Scalise told his GOP colleagues in a letter.

Back to Pelosi, NBC News made this observation for the lack of a Red Wave: “Looking back at last 10 days of the campaign, two things changed – 1) the attack on Paul Pelosi, and 2) Trump’s return to the campaign trail as he flirted with a presidential bid.”

This is the same NBC News that deleted its own story that blew up Biden’s Pelosi narrative just days before the election.

Pennsylvania Votes in the Dead

Meanwhile, it’s kind of silly to say things changed in the last 10 days when, for example, voting in Pennsylvania started weeks ago while the Democrats were hiding just how dysfunctional and damaged Fetterman was. Mail-ins, not break-ins, were the driving factor.

Speaking of Pennsylvania, voters there elected a dead guy Tuesday. He was Democratic State Rep. Tony DeLuca. DeLuca died October 9 at the age of 85, but still earned the vote of his constituents. A special election will have to be held.

Fun fact: He still has it more together than Fetterman or Biden.

Warnock and Walker Go to a Run-Off

Dem. Senator Raphael Warnock will face challenger Herschel Walker in a run-off December 6. This will be an absolutely ferocious few weeks with so much at stake. What happened to Brett Kavanaugh will be cupcakes compared to what Walker will see coming at him.

Donald Trump had a 174-9 record with midterm endorsements by midday yesterday. Which in the real world is an achievement, especially when you consider the hell anyone remotely associated with Trump faces. Still, he’s being blamed for Tuesday’s lack of a “Red Wave.”

How quickly we forget that some weaker MAGA friendly candidates supported by Trump were helped along in their primaries by Democrats spending millions to take out their stronger rivals. What happens if Democrats didn’t game the system? The same Democrats who will complain about “big money” corrupting politics.

Anyway, the big question is whether Trump should be pushed aside for 2024 by DeSantis? We posted an answer. Raheem Kassan also has an interesting take.

Trump’s former pollster KellyAnne Conway tweeted some encouragement to Republicans who might be feeling down.

I went to bed early Wednesday morning with lines from Dylan’s “Blind Willie McTell” running in my head:

“God is in His heaven. And we all want what’s his.
But power and greed and corruptible seed seem to be all that there is.”

But I woke up with another line of his: “There’s a Slow Train Comin’ around the bend.”

Can you be more macabre? The Democrats are crediting abortion with how surprisingly well they did. As if standing on the shredded pieces of children is some noble thing. You know what? If Democrats want to credit the end of Roe v. Wade with their results, then Donald Trump should take it as a badge of honor. After all, the real battle over abortion is in the hearts and minds.

Maybe it’s time to start putting abortion pictures on road signs. “If abortion can be in our state constitution, why can’t it be on our billboards?”

Arizona: Can Kari Lake Pull It Out?

The Arizona gubernatorial race remains a nail biter. Can Kari Lake pull it out over her debate-ducking opponent Katie Hobbs? Just how much did the failure of the Dominion machines in Maricopa muck up the works? With an outrageous 400,000 votes left to count, Lake is closing the gap. Lake told Tucker Carlson last night that hundreds of thousands of those votes are votes her supporters hand carried to voting centers, and she is absolutely certain she’s got this in the bag.

But given how little reason Maricopa has given for anybody to trust it and her opponent Hobbs being the one in charge of running elections in Arizona, probably better to keep the champagne chilled.

Didn't all the machines work correctly in the primaries? If not, why weren't they fixed? If so, then the election "fix" is obvious.

The count in Nevada will drag on. Why? Because two major counties stopped counting half an hour after polls closed. Why not? The scheme worked in 2020.

Officials say they were “overwhelmed” by mail-in votes. Of course we snicker.

Republicans flipped seats in New York like burgers on Election Day. And yet Lee Zeldin did not take down Kathy Hochul. How do you have such long coattails without the rest of the coat?

Then again, I’m sure Hochul cleaned up with NYC’s homeless schizophrenics.