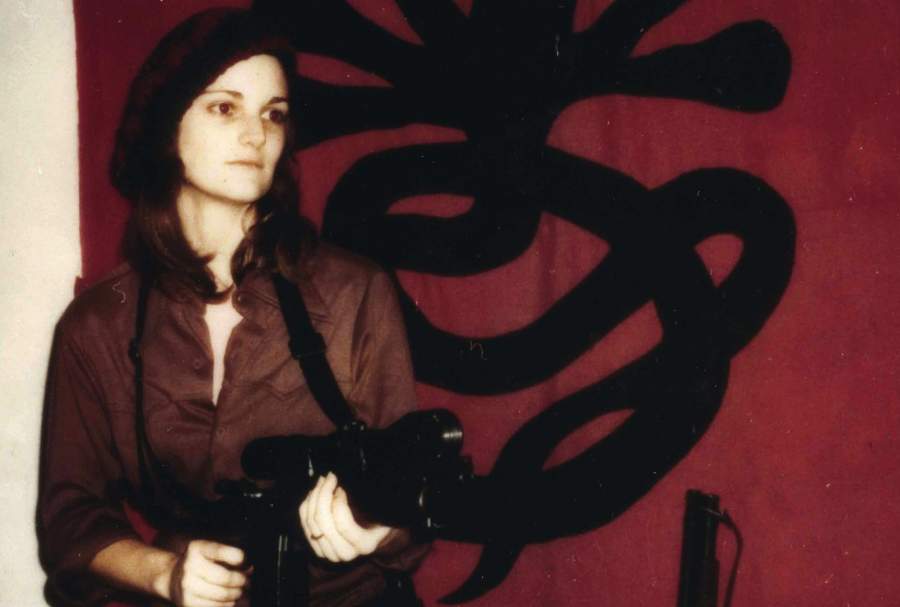 Every decent American (a shrinking subset) was disappointed by the recent midterm elections. The “red wave” richly merited by two years of criminal incompetence didn’t materialize, though the GOP might yet eke out control of the U.S. Senate, in addition to a narrow margin in the House. But we didn’t get the massive repudiation of tyranny we yearned for, a reaction as complete and cathartic as the overthrow and execution of Nicolae Ceausescu in Romania. And thinking pastorally, I believe that’s what we need.

Things might not turn out as badly as seemed likely 24 hours ago: The most important and worthy candidates who seemed doomed on election night still have a decent chance, as ballots trickle in through a broken, corrupted electoral system.

I care the most about Arizona governor candidate Kari Lake, the single best populist candidate in America, as Darren Beattie proves. (Seriously, read this column and click on each of the video links.)

Likewise the excellent Blake Masters running for U.S. Senate from that state, and election reformer Mark Finchem, who’s running for the all-important job of Secretary of State in that vote-fraud plagued western state. I’m praying that each of them pulls it out, and also for Lauren Boebert, whose courageous defiance of cancel culture we desperately need in Congress.

What Happened to Pennsylvania?

It’s a shame about Doug Mastriano, one of the better men to enter politics recently, getting wiped out in Pennsylvania, a state that seems to have lost its moral bearings entirely. I remember when Pennsylvania elected pro-life champions like Rick Santorum and pro-life Democrats like Bob Casey. So did the northeast and New England. I put the moral collapse of these states squarely on the shoulders of my own Church. The Catholic Church dominates in those regions, and their march into the ranks of the permanently pro-choice column is a moral disgrace as loathsome as the clerical sex abuse crisis. (The most Catholic state, Rhode Island, is perhaps the most fanatically pro-abortion.) Heckuva job, bishops, heckuva job.

I don’t mourn the defeat of pro-abortion, pro-trans, Turkish dual citizen Dr. Mehmet Oz. Electing clever RINOs to the Senate is on balance even worse than electing catatonic, brain-damaged Democrats. The latter are easier to get out in the future. (I’m fully convinced that a mummified, still squeaking Lindsey Graham will be Senator from South Carolina 400 years from now.)

But we didn’t get the Ceausescu moment we craved, and our enemies deserve. And I’m a little bitter. My first response in fact, was anger, directed at America’s voters. I found myself sputtering that maybe the Michiganders who rewarded Gretchen Whitmer’s unconstitutional power-grab and mass murder of old folks … deserve the next round of riots when they come. (As come they will, don’t fool yourself.) The same, I said, of New Yorkers who survived the fascist COVID regime of Andrew Cuomo but still elected a Democrat as Governor who promised more of the same.

And in the five states that voted, effectively to codify Roe v. Wade, I found myself wishing that God would rain meteorites on the just and unjust alike.

We’re not Nineveh but Sodom, I decided, and we don’t have ten just men.

Just how much abuse, chaos, incompetence, willful neglect, tyrannical censorship, medical coercion, military surrender and artificial poverty are Americans willing to eat with a fork and knife — then humbly thank their tormentors and ask for a second helping? It seems almost limitless, as if we’re in a death-spiral, or thundering as a herd right down the slippery Gadarene slope, to drown in the sea.

Okay, that felt good. I needed to get that out. Thanks for letting me share.

It’s Wrong to Blame the Victim

But I was being unfair to my fellow Americans, in precisely the same way many people were to Patty Hearst, when she was rescued. It took her three long weeks to stop parroting the Marxist agitprop that her captors had beaten into her head, and realize who she was and what had been done to her. (Her IQ scored up to 30 points lower than it had before her kidnapping.)

America is a kidnapping and rape victim, the subject of powerful brainwashing by callous, ruthless elites.

In case you don’t know her story, Hearst is an heiress who was kidnapped by San Francisco-style radicals, then imprisoned, beaten, starved, raped and finally brainwashed into “loving” and supporting her kidnappers. Even helping them with their crimes. In other words, she went through what our whole country did, at the hands of the same kind of terrorists.

The Kidnapping and Rape of America

Our kidnapping started the moment the Chinese bioweapon was unleashed on America, and turned into a pretext for public health tyranny that closed our churches, wrecked our economy, and forced abortion-based vaccines into our veins.

It continued through the “mostly peaceful” riots that burned down our cities while cops twiddled their thumbs — except when they came to arrest honest citizens like Jake Gardner and Kyle Rittenhouse who dared to defend themselves. Our captivity dragged on through the blatant theft of a presidential election, and the thuggish crackdown on free speech after January 6.

It continues to this day, with a politicized FBI and IRS policing our speech, a border left callously open, and economic chaos. We don’t know if we’ll have enough diesel fuel to bring us food at Christmas.

America is a kidnapping victim, the subject of powerful brainwashing by callous, ruthless elites. As it stumbled toward the midterms, it was a lot like Patty Hearst, newly freed from the closet where the same breed of radicals now in the White House had locked her up and starved her. She sat in the police station and just stared at the officers blankly, repeating the mindless slogans that had been drilled into her head. That’s how Stockholm Syndrome and Learned Helplessness work.

Patty Hearst deserved lots of slack, and so do America’s voters. To understand them better, I’m making the next book I read her memoir of being terrorized, Every Secret Thing. In it, she recalled:

It was one thing to explain things to the lawyers: their questions were for the most part factual and relatively superficial. I could answer them with a word, a short sentence, a nod of my head. But with Dr. West, and the other psychiatrists who followed him, the questions probed areas which brought me back to that closet and the abuse my comrades had meted out to me.

It was astonishing how much had receded from my memory and how much of my ordeal had been altered by my acceptance of the SLA version of my status as a prisoner of war. But when Dr. West probed, I was forced to relive those moments again as they had happened. He would not allow me to gloss over events and repress my emotions any further. And each time, I would break down in tears. I wept in these sessions almost as much as I had wept in the SLA closet. It was the first time since the closet that I had wept like that, the first time since then that I allowed myself to truly feel.

That’s where America is right now. It deserves our patience and prayers.

When Your President Declares You the Enemy