The Brew: The (Election) Answer is Blowing in the Wind

Plus we're just one day away from The Stream's Election Night viewing party on Facebook. 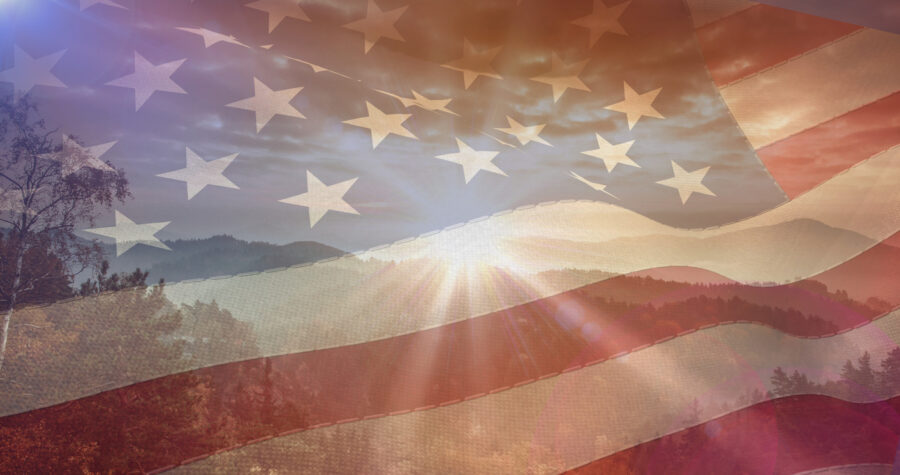 We are one day away from Election Day!

And one day from our exciting live Election Night coverage on our Facebook page! Yep. Me, Senior Editor Tom Gilson, Social Media Coordinator Gayle McQueary … and our colorful curmudgeon John Zmirak. Plus some surprises.

Let’s take a quick round-up of the latest news and nuttiness from the campaign trail:

Oh, why, why, why? While holding a massive rally for Dr. Oz and Doug Mastriano in Pennsylvania Saturday night, Donald Trump took an untimely shot at Florida’s Republican governor Ron DeSantis, calling him “Ron Desanctimonious.” Like pretty much all of Trump’s nicknames it may well score in the end. But the timing three days before the midterms?

Sure. You’re never going to fully get the Queens out of Trump. He’s an American muscle car with a loud engine amid a bunch of Yugos. But why gift the media and Never Trumpers with material to distract from the pending Red Wave?

And you can bet Trump’s comment aside will get played more than Biden’s astonishing comment from Friday.

With Americans facing skyrocketing energy bills, and Democrats in coal states like Pennsylvania and Ohio facing tight races, Joe Biden went out Friday and bluntly declared he’s gonna shut down the American coal industry. Yup. Said Joe, “We’re gonna be shutting these plants down all across America and having wind and solar.”

"We're gonna be shutting these plants down all across America, and having wind and solar." pic.twitter.com/JXIZxDzvsu

The White House scrambled like Lamar Jackson to try and undo the damage, insisting Biden was only talking about the long term transition to green energy, and his words were “twisted.” Democratic Senator Joe Manchin from the great coal state of West Virginia demanded an apology, saying Biden’s comments were “not only outrageous and divorced from reality, they ignore the severe economic pain the American people are feeling because of rising energy costs.”

So Who Are the Violent Ones?

Joe Biden is trying to sell the idea that right-wing political violence is rampant and threatening our entire Democracy. Meanwhile, a trifecta of current news stories indicate what’s really going on.

Hochul Supporter Chokes Out Zeldin Supporter: A Lee Zeldin supporter showed up at an event for Kathy Hochul. She ended up getting choked out by a Hochul Supporter, after having her sign taken down.

Attempted Assassination: The home of North Carolina congressional candidate Pat Harrigan’s parents was shot up last month, it was revealed last week. The bullets hit very near his children. The incident occurred shortly after Harrigan’s opponent Jeff Jackson posted an ad shot in front of Harrigan’s home. Jackson has pulled the ad.

Of course, Joe Biden is pointing to the attack on Paul Pelosi as an example of right-wing political violence. (Because Berkeley nudist hippies with BLM signs are notorious MAGA people.) But the narrative of what really happened to Pelosi took a strange turn Friday morning. NBC News reported Pelosi did not give any indication he was in distress when they came to the door. In fact, their sources say Pelosi did open the door and escape outside. He retreated toward David DePape.  NBC quickly deleted the report under very mysterious circumstances.

See our “Something Stinks in San Francisco … and It Ain’t The Stuff on the Sidewalks.”

A gust of wind blew over all the flags behind John Fetterman as he spoke at a rally Saturday. A “perfect metaphor,” the Twitter verse shouted. The visual alone makes for an entertaining meme.

John Fetterman’s rally is off to a great start… pic.twitter.com/51UtJQ9cM8

However, the timing was striking, given what Fetterman was saying.

Right when Fetterman introduces Obama as a "sedition free" president, all the American flags fall over. You can't even make this stuff up. 🤣🤣🤣 pic.twitter.com/4p9lRpHXQq

He just got done saying Barack Obama was “100% sedition free.” Anyone who knows what happened in the Oval Office on January 5, 2017 would say the mighty wind was a divine response. A symbolizing of the toppling of America of that cold January day where Obama conspired with Vice President Biden, the heads of the CIA, FBI and DOJ to sabotage the incoming and duly elected President of the United States.

Yikes. It’s Not Just Democracy on the Ballot. It’s the Entire Planet!

Not content with mere “Democracy” being on the ballot tomorrow, Nancy Pelosi says “the planet is on the ballot.” The entire earth. The fate of the world.

Of course, by that she means “My job as Speaker.”

Seriously, I get where Pelosi’s coming from. The planet looks blue from space, so obviously it’s a Democrat. And it does have one thing in common with Pelosi and her ilk. All day long it spins and spins and spins.

One election prediction: Pennsylvania’s election will be an ungodly mess … again. The commenwealth’s Statewide Uniform Registry of Electors (SURE) services has been suffering “widespread outages.” As Post Millennium reports, “SURE is the state-wide system to maintain accurate voting records that county election officials can rely on when managing and facilitating polling places in their counties.”

Who would want accurate voting records? Certainly not the party whose Secretary of State “accidentally” sent out a quarter of a million unverified ballots.

The Democrats thought they were being clever. They spent $53 million in nine Republican primaries hoping to get MAGA types, “election deniers” nominated, thinking they’d be easier to beat in the general. One such candidate was Don Buldoc in New Hampshire. He was supposed to be easy pickin’s for incumbent Mary Hassan.

According to a new poll from Wick Insights, Buldoc has surged and his now ahead (if only by .1 percent.) However, 95% who remain undecided are leaning his way. A Saint Anselm College poll put Buldoc up by one.

Democrats blew $400,000 on the Trump-backed Michigan congressional candidate John Gibbs. According to Decision Desk HQ, he had a 65% chance of winning as of Thursday.

Expect finger pointing if Buldoc takes the victory. Already Amy Klobuchar was on CNN yesterday saying, “I’m not a fan of spending money on the other candidates and messing around.” Klobuchar was in the running to be Biden’s VP pick, but was disqualified for having a lick of sense.

Of Course, It’ll Be a Red Wave … Thanks to the Russians …

Already the excuses are starting. The New York Times is preparing the field for a repeat of 2016. The article’s behind a paywall, but the headline’s all you need. “Russia Reactivates Its Trolls and Bots Ahead of Tuesday’s Midterms.”

Christians Engaged Founder Bunni Pounds is back with “Your Vote and Your Voice Matters.” In fact, Bunni will be adding her voice to our Election Night Live coverage on The Stream‘s Facebook.