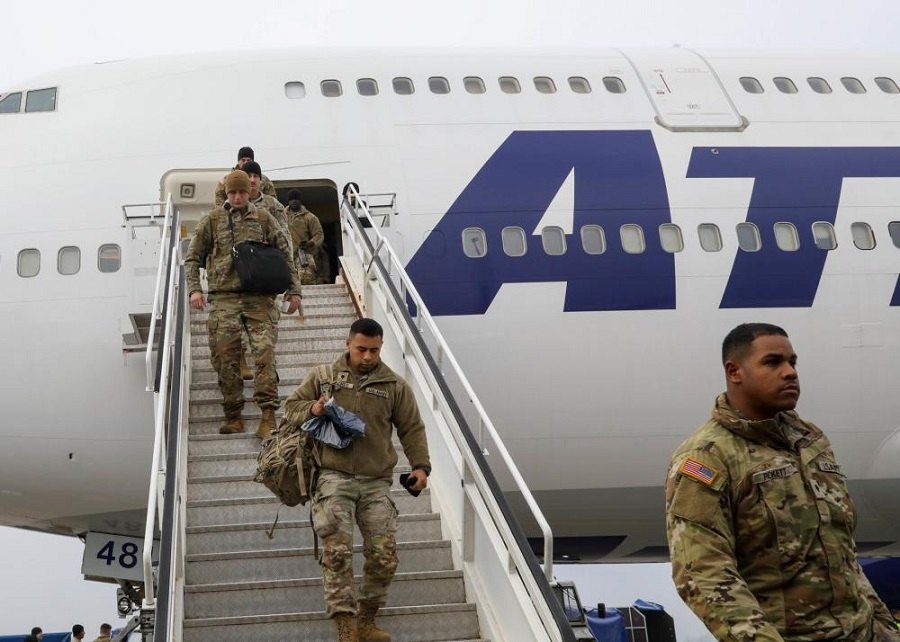 U.S. Army soldiers disembark from an aircraft upon arriving in Poznan, Poland, on November 15, 2022.

More than 100,000 U.S. military personnel stationed across Europe spent much of this week on edge after a major scare in Poland.

As The Stream reported earlier this week, a missile crossed into Poland on Tuesday during an intense bombardment of Ukraine by Russia, killing two people. Military leaders immediately went on high alert as initial reports said the missile might have been fired from Russia. Poland and NATO later announced that the incident was “most likely an accident” caused by Ukraine’s air defense measures.

While the incident did not result in the worst case scenario – a NATO Article 5 response pulling the United States and much of the western world into a bloody war with Russia – it demonstrated the serious ongoing dangers for U.S. forces stationed in Europe. A military conflict on a scale not seen since World War II could erupt at any moment. Russia subsequently escalated its missile attacks against Ukraine on Thursday, according to Reuters.

👀 @USArmy #Soldiers with @1stCavalryDiv, operationally assigned to @FightingFirst, recently trained with their M109A7 Paladin howitzers during a live-fire exercise in Toruń, Poland

About 10,000 U.S. troops are in Poland, with another 90,000 spread across Europe. A recent article by the USO military charity organization discussed what life is like for American service members stationed on the continent.

“U.S. troops are serving throughout Germany and Eastern Europe, including places like Poland and Romania, from the Baltic Sea to the Black Sea – providing training, advanced weaponry, cold weather supplies and intelligence to our NATO allies and Ukrainian forces,” Daena Moore wrote.

“Because of the U.S. military’s rapid response to the conflict, not all deployment locations were immediately equipped with the typical resources of a base,” Moore added later in the article. “That is, many of these service members arrived to a clearing of trees in the middle of a forest, just miles away from the Ukrainian border, and those resources and infrastructure had to be gradually built.

Please keep our valiant troops and military families in your prayers as tensions continue to rise in Europe.

About 2,500 American military personnel are still serving in Iraq to fight against remnants of ISIS and other terrorist groups. Service members also face danger from Iran, which launched new drone and missile attacks on the Kurdistan region earlier this week. The U.S. Consulate General in Erbil, Iraq, was quick to condemn the strikes.

For several years, U.S. troops serving in Erbil and other parts of Iraq have been subjected to similar missile and drone attacks, many of which are believed to have ties to Iran. Despite the ongoing threat, the brave men and women of the U.S. military continue carrying out their daily missions in Iraq and neighboring Syria, where about 900 American troops are stationed.

We reinforce our Soldier skills with great medical evacuation training in Iraq. Our Advisors are supporting @CJTFOIR . Our joint mission in the Middle East improves our ability to mutually operate, learn from one another, and improve overall capabilities and capacity. pic.twitter.com/sy4UB2RHEk

We thank all U.S. military personnel in the Middle East for confronting evil and helping keep our country and its allies safe from terrorism.

A group of soldiers returned to New Mexico this week after serving the past ten months in the Middle East. 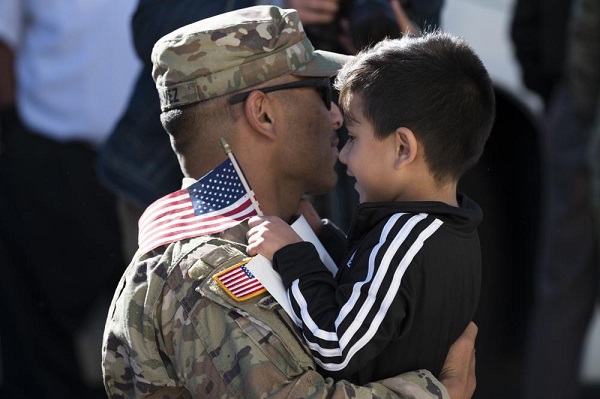 A U.S. Army soldier reunites with his children following a deployment in support of Operation Spartan Shield at the Rio Rancho Readiness Center in New Mexico on November 15, 2022.

Welcome home, warriors! We hope you enjoy a Happy Thanksgiving with your loved ones.