The Stream's weekly look at the sacrifices of U.S. troops and military families 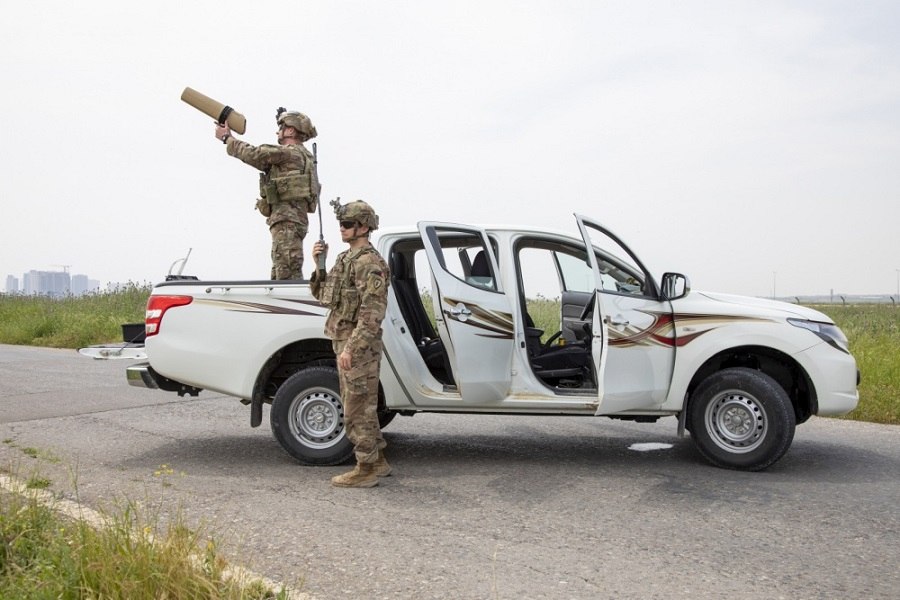 A U.S. Army soldier points at a drone during an unmanned aerial system training exercise at Erbil Air Base in the Kurdistan Region of Iraq on April 24, 2020.

U.S. troops at war against ISIS in Iraq remain under attack by enemy drones.

Earlier this week, two drones were shot down above western Iraq’s Al Asad Air Base, which houses hundreds of American service members. Voice of America reports that “the U.S. military’s C-RAM defense system was activated to shoot down the drones” before they could kill or injure any Americans or Iraqis on the base.

The Stream has mentioned this new drone threat facing U.S. troops at war in recent months. While the majority of enemy attacks come in the form of rockets — including one earlier this week on the Baghdad airport — the drone threat has clearly caught the attention of U.S. military commanders. Forbes contributor David Hambling notes that a May 8 explosives-laden “kamikaze drone” strike on the same base, Al Asad, caused significant damage to at least one building.

“Space Force cannot give advance warnings of drone attacks,” the Forbes report notes, while adding that “these attacks may catch personnel in the open, or aircraft vulnerable on runways or taxi ways.”

Hambling’s conclusion seems sensible: “sitting in a defensive position day by day and hoping that none of them slips past is not a winning strategy.” Let’s hope and pray that military leaders are able refine their anti-drone strategy before an American service member is injured or killed by one of these Iranian-sponsored attacks.

Also at Al Asad Air Base, selfless U.S. troops recently came together to donate blood for an Iraqi soldier who was wounded in a roadside bomb blast near his country’s border with war-torn Syria.

U.S. Army Sgt. 1st Class Christie Smith reports that “nearly 65 U.S. soldiers, coalition forces and civilian contractors showed up to donate potentially life-saving blood at the Role 2 hospital here.” The Iraqi soldier was then able to undergo an operation before being flown to a hospital in Baghdad.

“Everyone did their piece to get him to the next echelon of care,” said 2nd Lt. Jennifer Vanden Bosch, a U.S. military nurse.

Sadly, the Iraqi soldier later died, according to a report by Stars and Stripes. He is one of the latest casualties of war in the Middle East, which continued to rage this week in Syria. U.S. Army soldier 1st Sgt. Casey Hart died this week at the Walter Reed National Military Medical Center as a result of a May 9 incident in Syria, although it is classified as non-combat related.

We wish to express our deepest condolences to the family members of 1st Sgt. Casey J. Hart. He will be missed by Task Force Tiger and CJTF-OIR. Thoughts and prayers to his family members.

Please join The Stream in asking God to comfort the Hart family. We also pray for peace in this troubled region and for the safety of all American troops and innocent civilians in harm’s way.

Also this week, the Pentagon announced that the U.S. pullout from Afghanistan is about 50 percent complete and that American combat forces could be out of the war zone by July 4. Once that process is complete, the focus will shift to removing remaining equipment and securing the U.S. Embassy in Kabul.

The New York Times reports that military leaders and the Biden administration are also weighing whether to continue airstrikes in support of Afghan troops even after the formal withdrawal is complete. Those airstrikes would likely have to be launched from military bases in the Persian Gulf, according to the newspaper.

For the past seven months, brave U.S. Navy sailors aboard the USS Somerset have been working hard at sea. Just before Memorial Day, they returned to sunny San Diego, where they were greeted by the warm embraces of their loved ones. 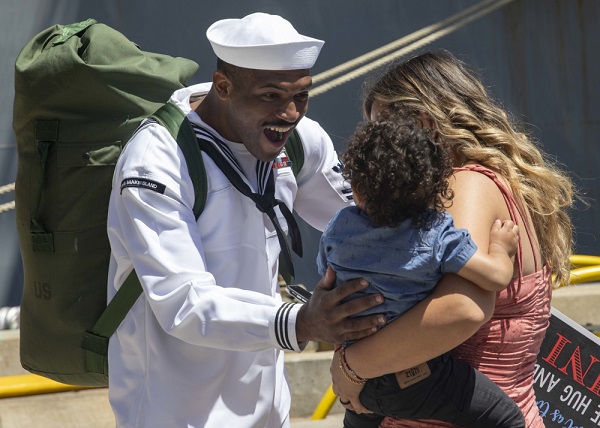 A U.S. Navy sailor greets his family for the first time after returning from a seven-month deployment aboard the amphibious transport dock ship USS Somerset in San Diego on May 23, 2021.