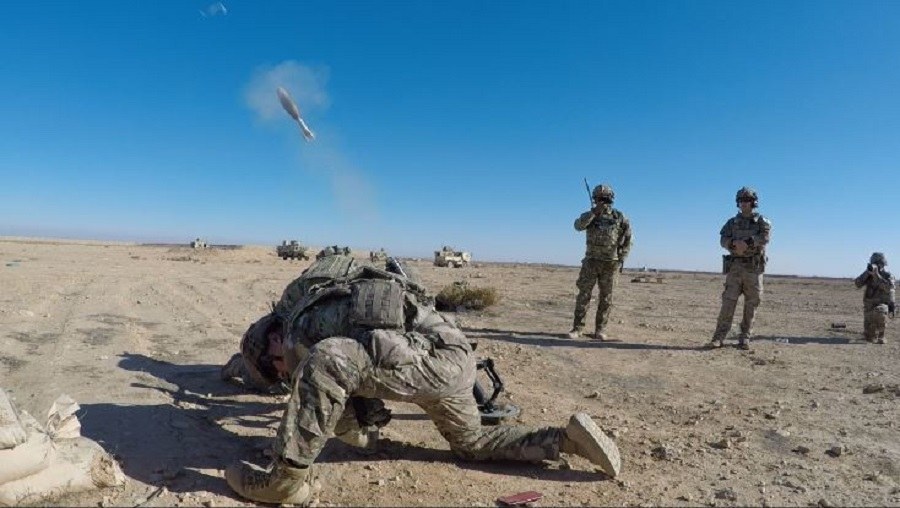 As millions of Americans observed Memorial Day, hundreds of brave U.S. military service members were under fire in Iraq.

The Associated Press reports that five missiles struck Al Asad Air Base in western Iraq on Monday. Thankfully, no deaths or injuries have been reported by military officials despite the missiles landing “only a few meters (yards) from where U.S. forces are stationed,” according to the AP. The base itself suffered only “minor damage.”

As you’ve likely read about here on The Stream, American troops serving on Al Asad have long been targeted by terrorist groups, including many with links to Iran. The AP report notes that “the culprits were not immediately known, but the U.S. has previously accused Iran-backed Iraqi militia groups of targeting” the American military.

About 2,500 U.S. military personnel are still serving in Iraq. Please keep these valiant men and women in your prayers.

Iraq security officials said the missiles hit only a few yards from where U.S. forces are stationed. https://t.co/3mtgnIsSva

In neighboring Syria, where about 900 U.S. military service members are stationed, a new offensive by Turkey could “put at risk U.S. troops — which have a presence in Syria — and undermine regional stability.”

Reuters reports that Syrian Democratic Forces, which are being supported by the U.S. military in their fight against ISIS, are urging Turkey not to escalate the situation in the northern part of the war-torn country.

The Middle East is clearly still a volatile and violent place. We humbly ask God to shield all Americans putting their safety at risk in these war zones and also to comfort all military families waiting here at home.

As The Stream has been updating you on since February, approximately 100,000 members of the U.S. military are serving across Europe in the wake of Russia’s ongoing invasion of Ukraine.

Earlier this week, the Military Times reported that the Pentagon is weighing what to do with the tens of thousands of additional American troops recently deployed to Europe once the war in Ukraine finally ends. “There’s a possibility that this increased presence could last beyond the war,” Meghann Myers reports.

“The temporary deployments of thousands of troops earlier this year have been extended,” Myers added. “But the discussion about raising the number of permanently based troops above 80,000 has been going on since last year.”

Having spoken with military families who’ve dealt with similar scenarios, deployment extensions create a huge additional burden on troops and loved ones already struggling to cope with being apart. Please keep all military families in your thoughts and prayers during these unstable times in Europe and elsewhere around the globe.

Monday, June 6 marks the 78th anniversary of the allied invasion to liberate Europe from fascist tyranny. As I wrote on The Stream three years ago for the 75th anniversary of D-Day, “If you ever get a chance to sit down and talk to a World War II veteran, be sure to do so. If you listen closely, you might be able to hear the sound of freedom. These extraordinary Americans are the heroes who saved the world.”

Thank you to the heroes of D-Day and all living and departed World War II veterans.

A squadron of American soldiers recently returned home to Pennsylvania after serving a yearlong deployment to Egypt. 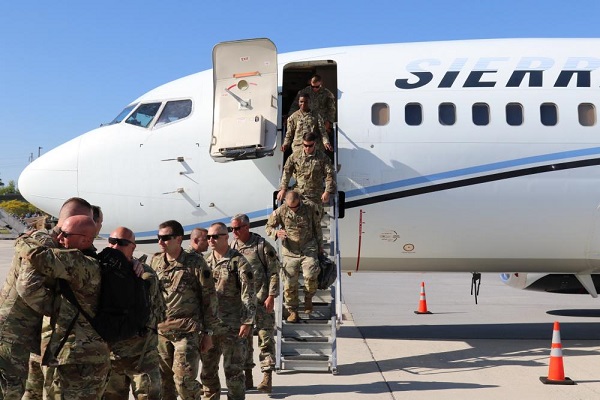 Welcome home, warriors! Thank you for serving our country overseas and enjoy some well-deserved time with your families.