If confirmed, a Russian attack on NATO member Poland could trigger an Article 5 response. 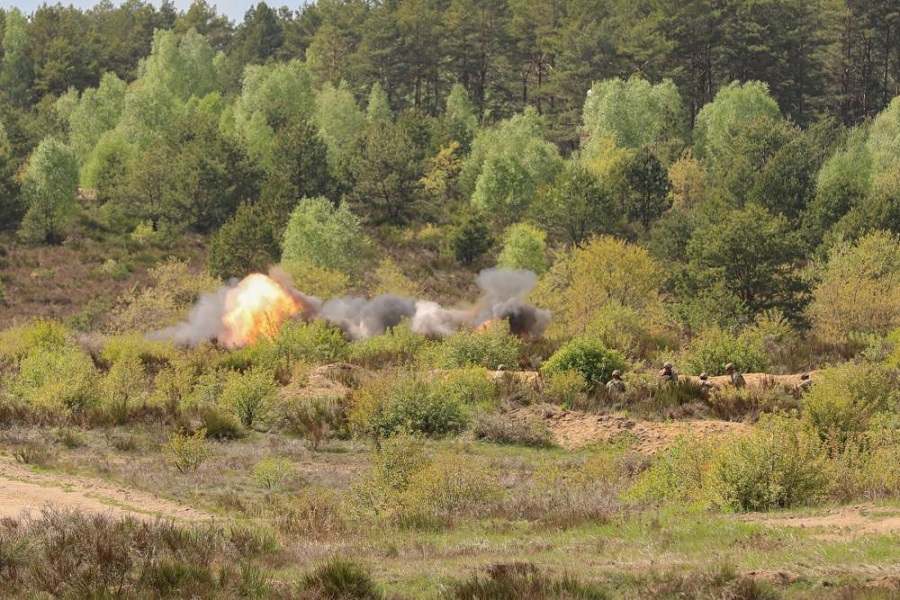 U.S. Army soldiers take cover behind a ridge during a C4 explosion as part of a "Defender Europe" training exercise at Drawsko Pomorskie in Poland on May 12, 2022.

A missile crossed into Poland during a Russian attack on Ukraine’s power grid on Tuesday. Two people in Poland were killed, according to the AP. Fox News is also reporting those details.

The incident sent world leaders and intelligence agencies scrambling for further information. If confirmed, an intentional Russian missile strike in Poland could trigger an Article 5 response by NATO, which has declared that an attack on any NATO member would be an attack on all.

However, thus far, Poland is only requesting an Article 4 response, which allows Poland to summon the NATO allies together to discuss further actions. President Biden spoke to Poland’s leader. The U.S. government was quick to point out that the facts are still largely unknown, with a Pentagon spokesman saying the Department of Defense has not yet corroborated reports of Russian missiles landing in Poland.

Pentagon spokesman Brig. Gen. Patrick Ryder says the DoD is "aware" of unconfirmed reports that Russian missiles hit Poland: "I can tell you that we don't have any information at this time to corroborate those reports and are looking into this further." https://t.co/dC9ZhPNJeF pic.twitter.com/kYsIbxWIum

Russia is denying the missile strikes took place and labeling the reports as “a deliberate provocation aimed at escalation.” Indeed, the Associated Press reported late Tuesday night that were saying initial indications from U.S.intelligence are the missile that hit Poland was fired by Ukraine forces at an incoming Russian missile.

Joe Biden also suggested this was the case.

JUST IN: Biden on reported strike in Poland that killed 2: "It's unlikely — in the minds of the trajectory — that it was fired from Russia." pic.twitter.com/AMRSmpSz1n

As The Stream has been reporting for many months, more than 100,000 U.S. troops are currently stationed in Europe. About 10,000 are in Poland, including these soldiers conducting a recent training exercise.

Today would be a good time to pray for these brave men and women in uniform and their families here at home. We ask God to shield these warriors from danger and to guide world leaders down a path to peace.

Tom Sileo is a contributing senior editor of The Stream. He is the author of Be Bold and co-author of Three Wise Men, Brothers Forever, 8 Seconds of Courage and Fire in My Eyes. Follow Tom on Twitter @TSileo and The Stream at @Streamdotorg.