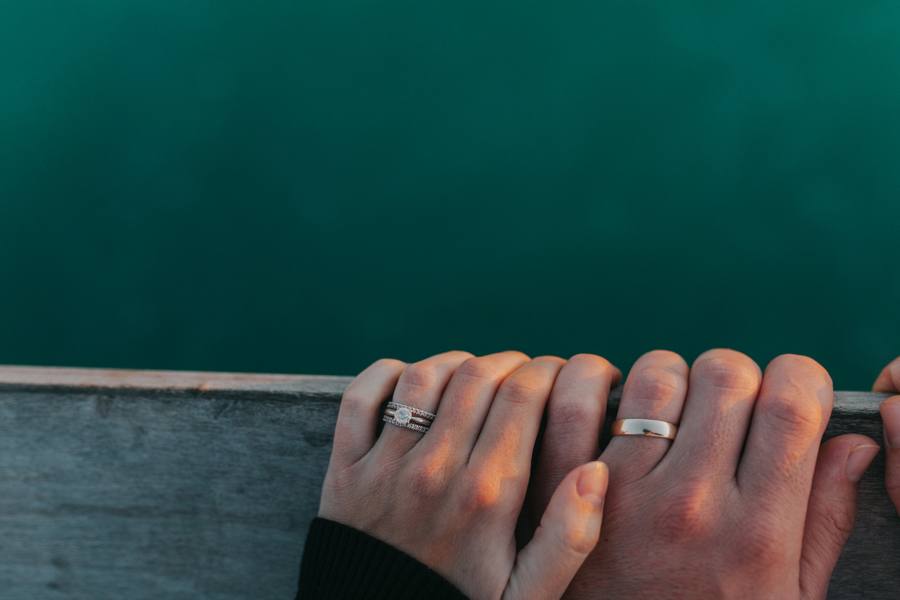 Why is homosexuality wrong? How do you answer that question as a pastor or other teacher in church?

In my practical ministry explainers for pastors, I’ve endeavored to give you enough information to build a sermon, and I’ve even written sample sermons for you to borrow from. I can’t do that this time, unfortunately. This topic just has too many moving parts to allow it. I do intend, however, to give you a practical framework here for practical understanding of the major issues.

Your first answer to the question, “Why is homosexuality wrong?” is undoubtedly, “Because God tells us so, in His Word.” That’s true, and for those who have no doubts about God’s goodness or the authority of His Word, it’s sufficient. It’s a safe bet, however, that not everyone in your church is at that point.

Our culture has flooded us all so much with the message that homosexuality is honorable and good, many have trouble accepting any other viewpoint. Our challenge, then, is not only to show them God’s way, but to help them understand how His way is better. “His commandments are not burdensome” (1 John 5:3), but reflect His love for us. If we can explain that in real-life terms, we may persuade them to follow God’s ways.

This article, like others I’ve written on this topic, is meant especially for churches that are just beginning to teach on homosexuality, and haven’t done so before now. Churches that have taught on it previously can certainly glean from it, but may not need to start at such a basic level.

I began this series by outlining topics I expected to cover. Still, this article completes step 2 out of 5 there: Explaining right and wrong on sex and homosexuality, in practical ministry terms, reviewing previous articles, summarizing them, and adding a couple more points to close the case. If this feels like a quick summary, that’s because it is; you’ll want to look at the other linked articles to get the real heart of what I’m saying.

Early on I spoke of nessary preparations your church must make. Above all, staff and lay leadership must be united before you take this to the rest of the church. It’s impossible to teach such a divisive topic effectively from a divided standpoint.

Homosexuality and the Bible

Believing Christians should be able to agree on this. The Bible is clear enough. Homosexuality is prohibited in Leviticus 18:22 and 20:13. The New Testament repeats the prohibition in clearest possible terms, in Romans 1:26-27, 1 Corinthians 6:9-10, and 1 Timothy 1:8-11.

(I do not include the Genesis 19 passage on Sodom and Gomorrah. The people committed more than one sin there, so its application to homosexuality is controversial, and we have plenty elsewhere to make our point without it.)

Unfortunately many people find this “old-fashioned,” “out of date,” “bigoted,” even “cruel.” They wonder how to square these seemingly harsh commands with the love of God. They wonder whether it all just means the Bible is flawed. 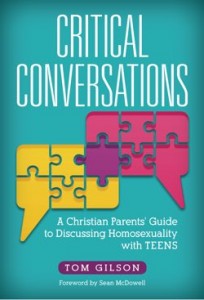 You’ll find much more on this in my Kregel Publications book Critical Conversations: A Christian Parents’ Guide to Discussing Homosexuality with Teens. These answers aren’t just for teens!

There are many ways to answer that. I’m only covering one in this series. If you get one down, you’re doing better than a lot of teachers! This isn’t the only way to answer, but it’s one of the simplest.

The message begins with a case I put forth in “The Very Alien Question of Marriage.” It’s a step-by-step case:

2. One of those ways is by building people of strength and character.

That much should be easy enough to put forward. The next steps are newer to most people, but I am convinced they’re worth teaching, because they truly make all the difference:

5. The advent of contraception and the sexual revolution introduced a new, previously unimaginable type of relationship: Sex was only about the couple’s desires, with no thought of having children.

I call these “just-you’n’me-babe” relationships. This change happened both in marriage and in premarital and extramarital relationships. As a result:

6. Marriage began to be re-defined as a place where children are optional. Marriage itself became optional for couples who wanted a sexual relationship.

How Distorting That Plan Has Hurt Us All

The rest of the case against same-sex marriage comes from my articles, “Marriage is Good — Let’s Keep It That Way,” Part One and Part Two.

7. This has seriously degraded our culture’s support for family life. Children by the millions have suffered for it.

8. Same-sex marriage is the same thing raised to exponential degree; the ultimate in “just-you’n’me-babe” relationships.

When a country endorses same-sex marriage it places a celebratory stamp of approval on the very sort of relationship that’s doing so much damage to future generations. Therefore:

Homosexual activists obviously disagree. You can certainly expect someone in your church to raise their strongest argument, “Marriage Equality.” They deserve an answer, since it looks convincing — on the surface. A closer look, however, shows that “marriage equality” is a meaningless slogan. Nobody believes in marriage equality, including homosexual activists. It’s a neat little rhetorical trick, and it persuaded a lot of people, but only because they weren’t paying attention.

Some will ask, “Is it a ‘just-you’n’me-babe’ relationship when same-sex persons marry and then adopt?” That’s a fair question, too. I haven’t gotten to it yet, and it will take a web page to do it. I’ll address it later on, when I move into a short series on activists’ objections to Christian marriage and morality.

God Prohibits Same-Sex Marriage Because He Loves Us

We should be very clear about one thing: Same-sex marriage isn’t the one cause of all that’s wrong with marriage. It’s deeply involved in it, though. This is no secret, and it’s not just a “Christian” argument. Pro-homosexuality activists have often stated their desire to undermine or even destroy marriage and the family.

No one should be foolish enough to think it was good to multiply that damage by endorsing more of the same.

It’s tragic, because families create our future. They are the place where children learn relationships, character, and skills for living. No one could look at the changes in marriage in the past five decades and say it’s done children good. No one should be foolish enough to think it was good to multiply that damage by endorsing more of the same.

God Prohibits Homosexual Practice Because He Loves Us

What about same-sex intimacy, apart from same-sex marriage? That should be an easy answer. God also prohibits sex outside of marriage. (I trust I do not need to list those passages for pastors and teachers.) This, too, is a measure of His love.

Is This Christian Cruelty?

Many will object that this causes enormous pain to same-sex-attracted people. They can’t marry, they can’t have sex with the ones they love and they get badly mistreated by people like us who tell them they can’t.

Our chief purpose is not to live a pain-free life, but “to glorify God, and enjoy Him forever.”

This calls for a longer answer, which will come; but for now, it starts by acknowledging the reality of that pain. Christians ought to love the gay and lesbian persons in our midst. We should by all means accept them the same way Christ did, inviting them to life in His Kingdom, though without changing the terms He set for that invitation. It’s not up to any church or denomination to say sexual activity makes no difference. It’s Christ’s Kingdom, not ours!

What About the Pain This Produces?

The best source for the rest of the answer may be the book of Job. We may not understand the pain we have to live through, but God still calls us to trust Him, obey Him, and see Him glorified through it.

Everyone bears pain, and every believer must learn to turn that pain over to God. I’ve had ten surgeries in eleven years, I’ve worn out five orthopedic boots, and walking may forever be difficult for me. That’s painful. Others suffer serious relational or financial pain, or the pain of crime or war. If you take a worldwide and/or historical look at Christianity, you’ll see many suffering serious persecution.

Jesus redeems us from our sin, which includes a promise of releasing us from pain in the future state yet to come. In the meantime, the Bible tells us to trust Him through our pain. Our chief purpose is not to live a pain-free life, but “to glorify God, and enjoy Him forever.”

Other objections may come. God willing, I will cover the major ones in articles yet to come. I’ve never met one that didn’t have a good, solid answer, and that’s after debating activists and their allies for many years.

God knew what He was doing when He created marriage as He did. This is not some obscure teaching. God put marriage — specifically man-woman marriage, of course — on the first page of the Bible and on the last, and it’s also there everywhere in between.

Our main task is to explain this to our people and to help them understand the good in God’s plan. My answer here is by no means the only way; there are many others. Better to know one way, though, than to be unclear about many. My prayer is that this has been helpful to that end.

Online Pastors’ Roundtables begin on May 3.. Sign up now! And please leave us your feedback online as well!