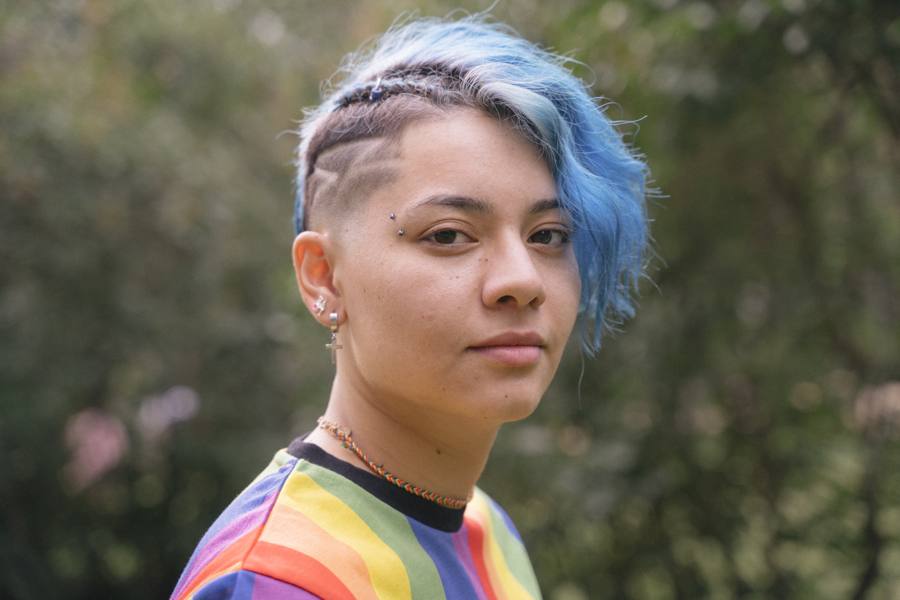 Nothing in today’s world is as complicated, as controversial, and yet as important for Christian understanding as the issues surrounding homosexuality and transgenderism. The Stream’s Pastor’s Corner is committed to ironing out difficult contemporary challenges. This one will take more than one article, because there’s more than one topic.

If there were only the one issue involved, we could find our answer easily enough in five key passages, and then the question would be how best to handle it in practical ministry. We’ll cover that. But this isn’t merely about sex, and it never has been. Gay activists have taken direct aim at Christians and the Christian faith. Their propaganda (which is their own word for it, as you’ll see as you follow this series) has been strategic and it’s been effective.

That side of it is less about sex and more about activism, but it’s still part of the homosexuality landscape, and it has huge implications for practical ministry, as many, many Americans, especially young people, have swallowed the lies and concluded that Christianity is intolerant and intolerable. We’ll cover that as well.

There’s plenty of emotion surrounding this issue, and enormous levels of misunderstanding. For that reason we’re going to take it slow, starting with a good look at biblical love, truth, and grace, in contrast to the supposed virtue of “tolerance.” That’ll be the first of several major topics we’re planning here at the outset. The rest of the list looks like this:

Some of those topics contain a lot more within them. We’ll listen to your feedback, so this could change, but this is how we’re planning to break it down for you, following that first topic:

2. Right and Wrong Regarding Sex and Homosexuality

What’s So Great About Marriage? (A Lot!)

We ought not talk about what’s wrong with homosexuality without being clear on what’s right about God’s original plan for marriage, sex, and procreation. God doesn’t prohibit homosexuality because He dislikes peoples enjoying themselves (which apparently they do, though I have trouble imagining it). He steers us away from bad things so He can direct us toward good things, things that are genuinely beneficial to human flourishing in every dimension. That needs explaining, of course, which will come later.

Does The Stream’s Pastor’s Corner hit the mark for you? Please use our new feedback page page to let us know. What else should we cover in this area of LGBTQ…, or any other area of practical ministry?

Many great things can come from sex, but only in context of the lifelong, committed, male-female relationship called marriage. Understanding the good of marriage is therefore the key to understanding what’s wrong with homosexuality, including gay marriage. And for those who ask, “What’s wrong with gay sex, anyway? Who does it hurt?” the answer begins with marriage.

Homosexuality and the Bible, Part 1: The Bible Gets it Right

Homosexuality is wrong; the Bible is clear on that. But that poses a problem for anyone who’s convinced it’s just fine. If we tell them, “The Bible says it’s wrong,” they’re likely to ask, “Then why should I care what the Bible says about it?” or even, “Well, then I don’t like the Bible.”

Homosexuality and the Bible, Part 2

The Bible comes under another gay-rights attack when gay theologians find ways to reinterpret its clear message on homosexuality, and make it seem like the Bible is silent or even in favor of same-sex relations. These strange interpretations are making the rounds, so it’s wise to be prepared to answer them.

There is homosexuality and there is also homosexual activism, and homosexual activism is deeply anti-Christian. I place homosexual activists in a category of their own, distinct from those who are merely gay or lesbian. Activists’ message isn’t only that they’re right, it’s that we’re wrong; in fact, we’re not just wrong, we’re evil, intolerant, bigoted, wrong-side-of-history, sex-obsessed haters.

Their message is everywhere, and it’s been persuasive, not because it’s sensible, but because it’s been pounded into us so hard and so often. Their own hatred calls for a clear answer, but it’s primarily a positive answer: Christianity is still very, very, very good, and rumors to the contrary are badly mistaken, no often you may hear them repeated.

The Gay Classmate, the Gay Couple Next Door

Most gays and lesbians are not like that. They may have a low opinion of Christianity, bamboozled into the lies along with the rest of society. Their movement’s own leaders have deceived them! Most Christians have some close connection with one or more of these non-activists. How should we interact with them? How should our children relate to gay classmates, and how should parents advise them? What’s the best thing we can teach and preach and advise as pastors?

The Gay/Transgender Person/Ally in Your Church

This isn’t just “out there somewhere.” You’ve likely got one or more young people attending your church questioning their sexual preference or identity. How do you minister to them? How do you advise their friends to minister to them? What about their “preferred pronouns”? How do you preach on homosexuality so that everyone will hear what you meant to say, when so many people are so primed to take it differently?

The Gay, Lesbian or Trans Person in Your Family

Pastors’ Corner at The Stream’s: Your Feedback, Please!

And sometimes the issue really hits home, right in your family. What’s the right response? What if they invite you to their same-sex wedding: do you attend or not? How do you as pastor counsel the parent, sibling, or even spouse whose family member has just “come out”?

4. Right and Wrong on Transgenderism

The Bible and Transgender Transitions

The Bible seems almost silent on transgenderism. Cross-dressing gets a mention, but no other “transition” enters into its message; or does it? Could it be that the Bible speaks clearly enough on gender after all? And what else can we learn about transgenderism from nature and from medicine? The Stream has spoken often on these topics, as we also have on other topics on this list. Here, though, we’ll view it from the stance of practical ministry. What can a pastor (or teacher or counselor) say to present these truths most clearly and effectively?

Transgenderism, Individualism, and the New Idolatry of Self

Transgenderism is less an issue of sex, and more an issue of each person’s supposed right to “be who they are,” to “express their authentic selves.” There’s much more there than meets the eye, though, as this expressive individualism (Charles Taylor’s term, made popular by Carl Trueman) is arguably a blatant replacement of God by self. It’s easier to analyze it, though, than it is to know what to do about it in practical ministry, so we’ll focus on that question here at this stage.

5. Sex, Sexuality, and Crises of Conscience at School or Work

When all is said and done, no matter how clear we may be on what’s right or wrong, loving or unloving, some of us are still going to face a powerful person who expects us to do what they want instead of what’s right. At school or at work we’ll be asked to take a stand as “LGBT allies,” maybe, or else to help organize the “Pride” event. In some parts of the world the power is the law, reaching right into churches and demanding they violate scripture and conscience. We need to prepare for this ministerially, and especially be ready to teach and to counsel church members facing such crises of conscience.

1 (Redux). A Closing Word on Love, Truth, and Grace

Finally, as currently planned and as the Lord allows, the series will end the way it started, focusing on love, truth, and grace.

These practical ministry explainers generally come with sample sermons attached to them. This one doesn’t, for obvious reasons. We do encourage you again, though, to leave a word at our new Pastors’ Corner Feedback page. Please pray, too. This is no small project, with no small opposition against its sort of teachings. Thank you!