... especially for churches that have never broached the topic before. 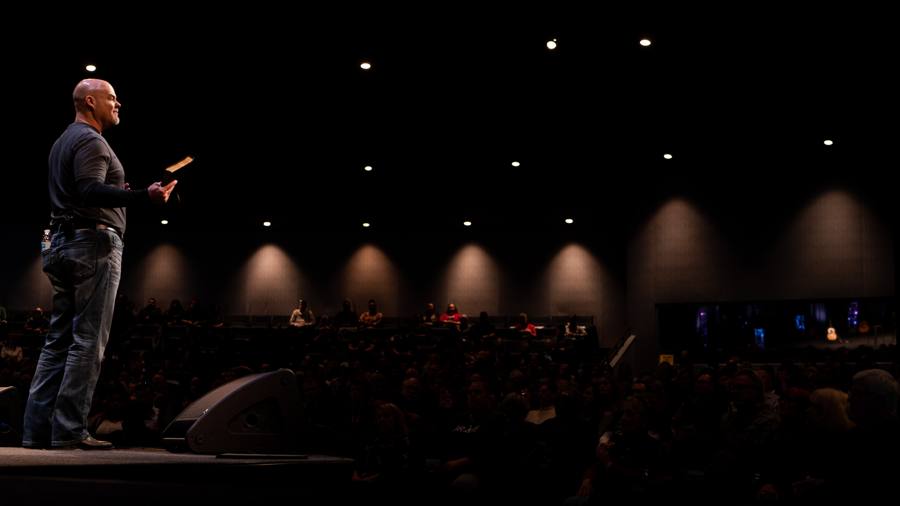 They’d invited me to come speak on homosexuality, based on my book Critical Conversations: A Christian Parents’ Guide to Discussing Homosexuality with Teens. It was a Christian women’s group, comprising women from many Cincinnati area churches. I gave a message emphasizing a strong blend of truth and grace with regard to gays and lesbians, but halfway through I paused to ask for questions. What I got wasn’t a question. I’d noticed this woman looking uncomfortable there in her seat, but I wasn’t expecting her to yell: “Heterosexuality causes abortions!” With that not-so-rational opening, she launched into a rant and kept going non-stop until the meeting host had her escorted out of the room.

It was her first time there, I came to find out, and she’d come expecting a different topic. And she was a lesbian. An angry lesbian, one who wouldn’t listen, wouldn’t respond even when the host and I offered to meet her later and have a better kind of conversation.

I’ve thought about that experience often, as I’ve considered how I’d teach on homosexuality in a church on a Sunday morning. It’s one thing to have a visitor disrupt a meeting of people from many churches. It’s another thing at a church the person attends regularly. It could blow a church apart, or at least a family. An open outburst like that may be unlikely, but silent reactions aren’t. The person may say nothing that morning, but she’ll go off and tell her friends what a bigoted church she’d been to. Or maybe a young man will explode at home with his parents.

If You’ve Never Raised the Topic

Is there a way to head off those reactions? Can we do it without compromising truth? I believe the answer to all those questions is yes. It’s a qualified yes, because no teacher or preacher can control every listener’s reaction. But we can at least defuse most potential explosions before they go off.

It’s no problem if the church already has a history of teaching truth plainly, forthrightly, and lovingly. The bombs have been defused, and you can teach away. My question here is for churches that haven’t done that, for one reason or another.

Even in our churches, people wonder who to believe, and they want to know how a good God would make commands that seem so strange to the rest of our culture.

There’s no topic more dangerous these days than sex and gender. No matter, though: Your church needs to stand for truth, so you need to speak the truth. If you haven’t been teaching it, for whatever reason, you need to start. But how?

In this article and those that follow, I’ll lay out an approach you can take, a way to bring potential opponents gradually to a place where they can at least listen with open ears, if not actually be persuaded of the truth. (I make no guarantees, but this approach at least stands a good chance of accomplishing that.) At the same time it will equip your congregation with answers they need for their own conversations on this tough issue.

Leadership Must Be Unified

If they won’t do that, you’re in no shape to start teaching anything to the congregation. Imagine your youth pastor fielding questions from teens on sex and sexuality, if he doesn’t agree with the senior pastor’s stand on it.

And I’ve seen what happens when a church is divided on this. The “more moderate” position always wins, meaning, the side that says, “Let’s be quiet. Don’t make it an issue.” In this case “moderate” is just another word for unfaithful. So that’s got to be your first priority.

Maybe all it will take is a good, frank discussion; or maybe you’ll have to replace someone. Whatever it takes, you’ve got to be united. (Read John 17 or the whole book of Philippians if you doubt that.) That includes elders, deacons, and/or lay leaders, and key teachers as well.

Then you can begin the daunting task of teaching truth on sex, gender, and sexuality, and do it both gently and firmly. How? I’ll concentrate on the preaching aspect here, though you can use any number of other means to support the teaching — pamphlets, web pages, small group discussions, etc.

As for Sunday morning, a wise colleague of mine gave me the clue that makes the difference. There are two types of messages with nearly opposite approaches, she said, for two types of audiences. In the one type of message you can start with your main point, in the other type you’re better off building to it, and ending with it.

Suppose, for example, you’re leading a small Bible study group where everyone is a highly committed Christian, and your topic is Jesus’ resurrection. You wouldn’t take time persuading them the resurrection happened (not unless you’re training them how to make that case for their non-Christian friends). Instead you might read one or more resurrection accounts, then explain it, explore it, illustrate it, and apply it for them. Or you’d have them all do that together as a discussion.

Contrast that with the case where your audience mostly disagrees with your main point, and might even be hostile to it. You’d get nowhere simply saying, “The resurrection happened, so let’s reflect on the difference it makes.” You need to build a case for it first, showing how we can be confident the resurrection happened. And you’d be wise to begin with information and/or values everyone agrees on already, and work your way from there until you finally reach the conclusion: The resurrection is real.

Step by Step Toward Full Truth About Homosexuality

That’s how I’d build my case for biblical sexual morality. The words “homosexual” and “transgender” are so incendiary, I wouldn’t even mention them at first. It’s such a huge topic, I wouldn’t even try to get there in one message. I’d start with marriage — which is controversial enough on its own — and with its importance for children. I’ve got a sample sermon prepared, where you can read or hear the approach I’d take with it.

With that as an opening foundation, I’d continue in the ensuing weeks with a series of messages drawing ever closer to the hot issues of sex and gender. I’ll do that here so you’ll see examples. Then I’ll wrap up with a summary of the whole series. The point of these explainers is to give you a very compact one-pager, to help give you a quick grasp on tough issues. Usually we’ll do a short series of articles leading up to a summary explainer. This time it’s going to require a longer series — but God willing, we’ll get there.

That’s our commitment. This topic is hard; there’s no getting around that. But it’s important. Never forget how important it is! Our world is incredibly confused on sex and sexuality. Even in our churches, people wonder who to believe, and they want to know how a good God would make commands that seem so strange to the rest of our culture. So we must preach it — but we must also preach it wisely.

The Stream wants your feedback on Pastors’ Corner topics and messages. Please share your thoughts through the short questionnaire at our Pastors’ Corner Feedback page. Thank you.