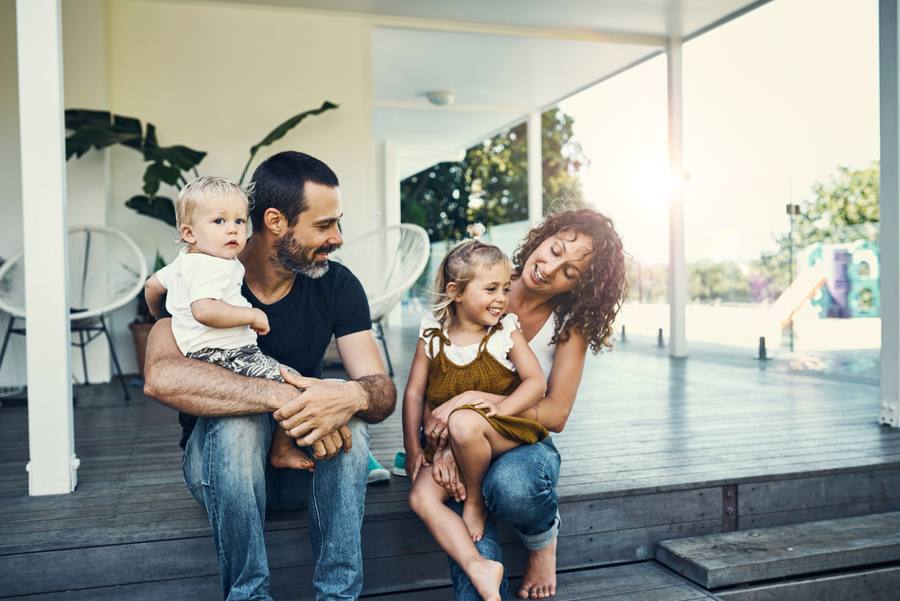 Today we begin a two-part series called “Marriage is Good — Let’s Keep It That Way.” In Part One, Tom Gilson explains what is specifically good about marriage.

One sure sign of a world gone mad is when easy, obvious questions somehow become hard. I had a long online conversation once with a man who wouldn’t agree that 2+2=5 is wrong. He only agreed that teachers say it’s wrong — because their teachers taught them to say it was wrong.

We had a Supreme Court nominee testifying before the Senate that the definition of “woman” was too hard for her. And now a whole lot of Americans have no idea know why marriage should be for a man and a woman. Confusion reigns supreme, and that’s true on Sunday morning in church, almost as much as anywhere else.

We’re in the middle of a Pastors’ Corner series on marriage, morality, and sexuality. I’ve written half a dozen pieces on it, and there will be more to come after this. This time, though, I’m going to simplify it. Why do we have marriage, and why is it for a man and a woman?

A pastor’s first answer will be that God ordained it that way. We have plenty of biblical evidence for that, literally from the first page of the Bible to the last. People still want to know why He did it that way, though. So let’s cut through the confusion. Here’s my answer in the simplest possible terms:

If you want to know why believers stand for marriage, that’s pretty much all you need to know. There’s lots to fill in, but little to add. That’s really the heart of it.

So let’s go ahead and do some of that filling in, some of it here, some in other articles. We need to know what kind of marriage are we talking about, and what specifically is good about it. We’ll also want to think about what happens when marriage becomes difficult, or doesn’t seem so good after all, and what difference a community can make. Then finally, how are we doing at it?

What Kind of Marriage?

What kind of marriage are we talking about here? The kind that can produce a family: marriage between a man and a woman.

Though it doesn’t exclude older couples, I’ve argued already that it does raise questions for “just you’n’me, babe” man-woman relationships, that hold their love inward. Apart from adoption, same-sex marriages are absolutely designed not to have children, just not with the person they’re partnered with. (I will address the adoption question in a later column.)

Is Marriage Really That Good?

That raises the obvious question, What’s so good about marriage? We know how badly it can go wrong, with hatred, anger, even violence, and we’ve all heard that half of all marriages fall apart completely ending in divorce.

We shouldn’t blame marriage for all that goes wrong in a home, though. Marital anger and violence aren’t the result of marriage, they come from badly broken people living in close company. That may be over-simplified, but if so it’s a simplified version of a true principle. Where generally healthy people (spiritually and emotionally) marry, generally speaking they share healthy marriages. I can attest to that from my parents’ marriage and from my own, not to mention many, many others I’ve observed among family and friends.

And that “50 percent divorce rate”? Pure myth. It’ s simply not true. No survey has ever come up with that finding. Read Shaunti Feldhahn’s 2014 book The Good News About Marriage, though, and you’ll learn that the commonly-quoted 50 percent divorce rate is too high by at least half, and the “vast majority” of marriages are happy. Divorce among regular churchgoers is 25-50 percent less frequent than among non-churchgoers, to explode another common myth.

So yes, marriage can be good, with that goodness overflowing in multiple ways. Married couples do better, on average, in everything from finances to physical health. Married couples stay together longer than cohabiting couples; in fact, so-called “trial marriages” have a bad statistical track record: Couples who marry after cohabiting have a higher divorce rate.

Still the single most obvious good to come out of marriage is children. It’s too obvious to state, but it’s too often overlooked: Without children, we don’t have a next generation. Without a loving mom and dad, children can still grow up, but most of them will tell you they grew up wounded because of it.

Almost every parent will tell you from experience their children are the main reason they get involved in their community.

Almost every parent will tell you from experience children are the main reason they get involved in their community. My kids are why I coached and refereed basketball. They’re why I got to know Scout leaders and music teachers. Sara and I volunteered and made donations to schools, strictly because of our children.

Nothing else comes close to drawing people together in community to build for the future — nothing but church, that is. This, too, is why marriage is good, provide it’s not marriage that’s actively evading parenthood.

(I document this at length in my Kregel Publications book Critical Conversations: A Christian Parents’ Guide to Discussing Homosexuality With Teens Be aware that after we published it we realized the content was for more than just teens; preteens were being exposed to homosexual activism at an increasing rate. The book is relevant for all parents.)

In Part Two of “Marriage is Good — Let’s Keep It That Way” I discuss building a strong marriage culture.