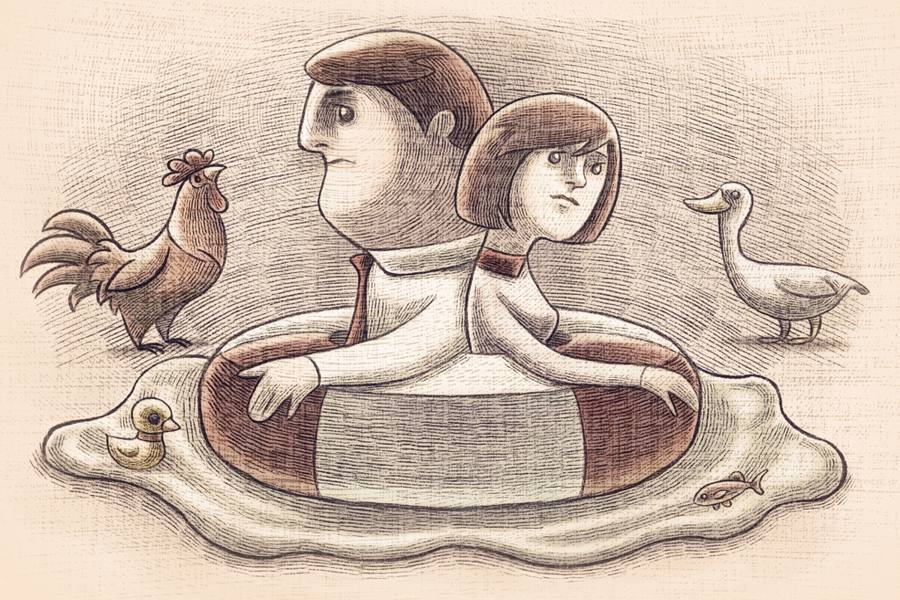 What is marriage? What is it for? Why does marriage matter? Ten years ago, those were the hottest questions on the planet. Now they’re … nothing. No one even asks anymore, at least not in public.

That’s okay to a certain point: I don’t mind the public debate going silent for now until a more strategic time arrives. I just worry that things are equally quiet inside the churches, where we dare not let the marriage question die, and where we dare not give in to wrong answers.

You probably think I’m talking about same-sex marriage. No, not this time. Our culture got marriage wrong decades before that. Same-sex marriage was about who can get married. It got that answer wrong, but that’s because the straight world got a different and even more fundamental question wrong long before that. The marriage revolution didn’t happen in 2015, but 40 to 50 years before.

So now you may be thinking about the rise in divorce rates around that time. That’s connected, yes, but that’s not the revolution I’m thinking of, either. This one is even more fundamental than that, and it’s affected us even more deeply. So deep, there’s a fair chance you don’t even see the change that’s taken place. It’s affected us so much, I need to devote this entire article to simply helping us see what changed. I won’t have space here to explain why the change matters; that will come later.

I’ll begin by setting two scenarios before you.

This article is part of our Pastors’ Corner,  where we offer pastors and teachers practical help in the kinds of questions we specialize in here at The Stream.

We’re currently in a series meant especially for churches that are opening up questions about homosexuality and gender for the very first time. The question isn’t “What is true about this?” (for God’s Word and nature are both clear on that), but, “How can we best bring people along from deep-seated confusion to clear understanding?”

Often the best way to do that is by building the case step by step, so that’s how we’re approaching it here. You can feel free to pick up at any point in this series, though, and use the material however it might fit in your teaching plan.

The year is 2022. You’re the young woman or the young man, totally lost in love with your intended, longing for your wedding day to arrive, so finally you can be together for real and forever. You have important questions for your future, questions that will define your whole destiny: “Where should we live? What kind of work should we do? Should we have children? How many? How soon?”

Familiar enough, right? I expect every couple goes through those questions these days. I know my wife and I did. But now let’s time-travel back a few generations:

The year is 1962. You’re the young woman or the young man, totally lost in love with your intended, longing for that wedding day to arrive so that finally you can be together for real and forever. You have important questions for your future, questions that will define your whole destiny; questions such as, Where should we live? What work should we do? Should we ever make love together?

Wait, what was that last question?!

Did engaged couples ask that question? Not on your life! We can’t imagine it, and for good reason!

But in 1962, the only practical way to ask, “Should we have children? How soon? How many?” would have been by asking, “Should we or should we not make love when we’re married?”

I seriously doubt many engaged couples had long hard philosophical talks about that question!

The Question That Could Never Be Asked

Do you see now what changed? There was a time when marriage meant children. You could separate them conceptually, since the definition of “marriage” isn’t identical to the definition of “family.” A couple might marry and not end up not having children for some unexpected reason, and it would still be a marriage. But although you could separate the two conceptually, you couldn’t separate them practically or functionally. If you were a young couple thinking of getting married, you were a young couple thinking of having a family. No questions asked.

For nearly all of human history, if you’d asked anyone what marriage is and what it’s for, they would have said it’s a lifetime commitment (or at least ought to be) between a man and a woman, with:

The Change that Changed Everything

That’s ancient history now, though. Ancient, as in “almost as old as me, your author!” (I was born in 1956. Very ancient.) Humans have always tried various means of artificial contraception, but the first safe and reliable Pill wasn’t introduced until 1957. It was approved nationwide for married couples’ use through a Supreme Court ruling in 1965, and then in 1972 the Court approved it for all women.

The question that could never be asked suddenly became ask-able. For the first time in human history, engaged couples and newlyweds could ask, “Should we have children? How soon? How many?” Before then, no one would ask it; now every couple asks it. My wife and I did. And everything has changed as a result. I do not say “everything” lightly. Marriage has changed; and I don’t mean just some marriages, but all marriages. Families have changed, communities have changed, the whole culture has changed. The change has overwhelmingly been for the worse.

Yet we can hardly imagine it being otherwise. Picture yourself wandering a suburban neighborhood you’ve never visited before. Kids are everywhere. You find out that three families on that block have five kids, two others have four, and most of the rest have three. This is strange, you think. What kind of cult has taken hold here?

Very, very strange. It’s also the description of the perfectly normal (at the time) neighborhood that I grew up in. My own family was one of the three with five children; a large family, sure, but not out of place in our town.

What was normal then looks cultish now. Likewise if you could see today’s world through your great-grandfather’s eyes, you’d think the planet had been repopulated by aliens. Children themselves have practically become abnormal. It’s that different.

This is all introductory. All I’ve tried to say in this article is that the world has changed. Later on I’ll explore the difference that’s made.

I expect some readers’ mind are popping with questions at this point. I’ve got lots of them myself.

If you’re a pastor or a teacher, you may also be thinking:

We have more to offer as help on this topic. For those who want to discuss these questions, I’ll have this article posted simultaneously on my Thinking Christian blog, where comments are still open under these well-enforced guidelines.

For pastors who are wondering, “How am I ever going to preach this?” I have a sample sermon available for you to read through and consider. At the end of it you will also find my best pastoral recommendation for couples that are wondering what to do about the children question.

When this mini-series comes to a close, I’ll add a further link right here to a page that puts it all in one place for you, with a summary and outline as well.