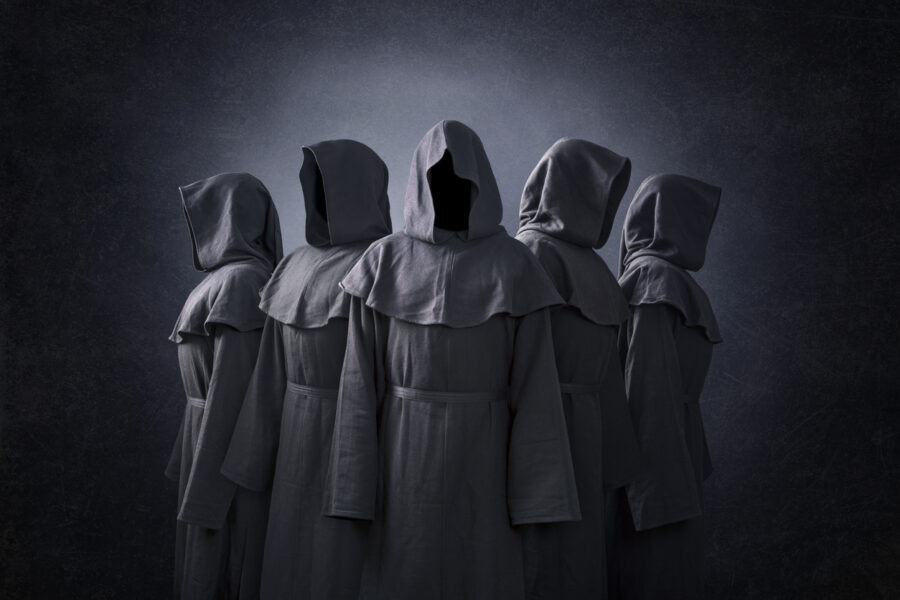 Biden’s Department of Homeland Security has created what it calls a “Disinformation Governance Board.” Why? Because “Ministry of Truth” was taken.

One task is to “counter misinformation related to homeland security.” Which, as any good fascist will tell you, means “any information deemed a threat to our power, whether true or not.” An exaggeration?

DHS Secretary Alejandro Mayorkas said Wednesday a focus of the board would be to stop the spread of election “misinformation” ahead of the 2022 midterms, particularly in minority communities. He specifically mentioned “misinformation” targeting Spanish-speaking voters.

No doubt it’s a coincidence that this Biden administration effort to silence information going to Hispanic voters comes as polls show that Hispanics are fleeing Democrats in droves. They won’t stop the flood of illegals crossing the border, but they’ll go all out to stop Hispanic voters from fleeing the Democratic party.

So who’s going to be in charge of this “Disinformation Governance Board”? No worries. Just a Trump Russia Collusion pusher and Hunter Laptop Denier.

Her name is Nina Jankowicz. Some of her greatest hits:

She was horrified by the idea that Twitter eased up on blocking posts questioning the legitimacy of the 2020 election. “Considering the long-term damage these lies do to our democracy, I’m dismayed about this decision,” Jankowicz tweeted in January. No such problems with protesting the 2016 election. No concern about whether the information in 2020-related posts is true.

In recent days, she’s been terrified about the prospect of free speech returning to Twitter. She told NPR, “I shudder to think about if free speech absolutists were taking over more platforms, what that would look like for the marginalized communities.”

First, how dangerous is it to have in charge of “Disinformation” for Homeland Security a woman who is happily peddling lies about her political opponents, lying to protect her political allies and has a clear disregard for the 1st Amendment?

And don’t think she won’t use the power of Homeland Security to push her agenda on Big Tech. One of her areas of study at the Wilson Center is “Comparative Approaches to Countering Disinformation and Regulating Social Media in the Digital Age.” Emphasis mine.

Second, is there anything more condescending than suggesting individuals in “marginalized” communities are too weak or too stupid to assess information for themselves? Or to even decide for themselves what information to absorb?

The dangers of this “Disinformation Governance Board” are clearly evident. Sen. Josh Hawley wrote a letter to DHS Secretary Mayorkas and Joe Biden demanding they “dissolve this monstrosity.”

The Administration that activated the FBI against parents at school board meetings now has created a government Disinformation Board to monitor all Americans’ speech. It’s a disgrace. Joe Biden & Secretary Mayorkas: dissolve this monstrosity immediately pic.twitter.com/hSnMpREizI

(I’d want to add: “What recourse is there for people accused of spreading ‘misinformation’?”)

The fact that a federal department with approximately 240,000 employees would set up a ‘Disinformation Governance Board’ to enforce the government’s judgement of what information is allowed in the public square should frighten anyone who values liberty.

They didn't need a 'Disinformation Governance Board' until @elonmusk threatened their control over the narrative.

We leave this as the last word:

Dems: trump collided with Russia
Dems: hunters laptop is Russia
Dems: voter fraud is a myth
Dems: coronavirus came from bats
Dems: masks and lockdowns work
Dems: the vaccine will stop the spread
…
…
Dems: we need a Ministry of Truth to fight disinformation