The revelation that the government had created a new board to fight 'disinformation' prompted a slew of Nineteen Eighty-Four comparisons. 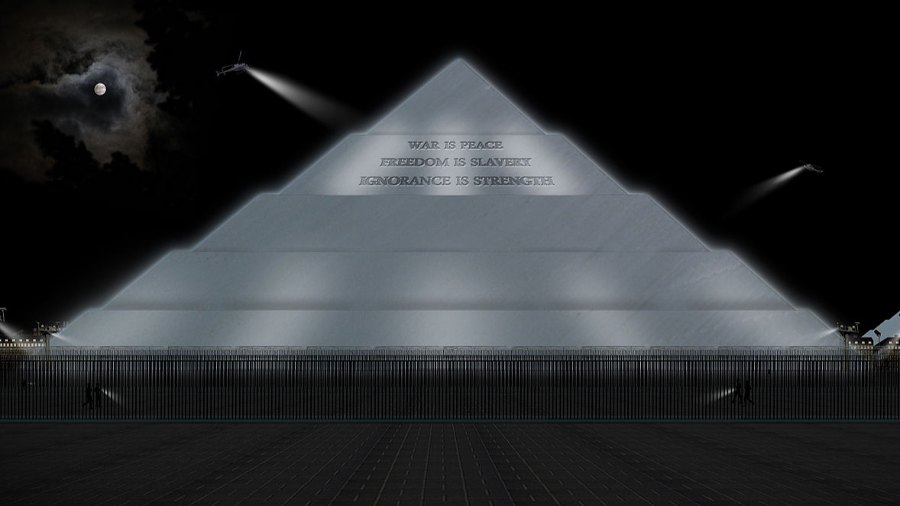 On Wednesday news broke that the Department of Homeland Security (DHS) — a department that didn’t exist 20 years ago but today spends $52 billion annually — had created a new “Disinformation Governance Board.”

The news comes just days after Twitter accepted Tesla-founder Elon Musk’s offer to buy Twitter for $44 billion, a move that critics of the deal claimed could unleash disinformation. (Musk has been vocal in his support for free speech.)

DHS declined to be interviewed by the Associated Press, but issued a statement after news broke of the development.

“The spread of disinformation can affect border security, Americans’ safety during disasters, and public trust in our democratic institutions,” DHS said.

A Ministry of Truth?

Perhaps naturally, the revelation that the government had created a new board to fight “disinformation” prompted a slew of Nineteen Eighty-Four comparisons, especially since it came so soon after Musk’s purchase of Twitter.

I know the “1984” references are a little stale but the government creating an actual Ministry of Truth is a little too on the nose for me.

Biden's new Disinformation Governance Board is a telling replacement for the corporate censorship system. https://t.co/enjVzUqirS Now Clinton is looking to the Europeans to censor social media while Biden is turning to a type of Ministry of Truth. https://t.co/oxcOiJes3U

It's like we're living through an Ayn Rand/George Orwell novel mash-up.

For those unfamiliar with George Orwell’s masterpiece, the Ministry of Truth is the propaganda and censorship department of Oceania, the fictional setting for Orwell’s dystopia.

Known as Minitrue in Newspeak, the name Ministry of Truth is a misnomer. Like all the departments in Nineteen Eighty-Four, the name reflects the opposite of what the government actually does.

The book’s protagonist, Winston Smith, learns this in the second half of Nineteen Eighty-Four.

On the exterior of the Ministry of Truth building are three party slogans: “WAR IS PEACE,” “FREEDOM IS SLAVERY,” and “IGNORANCE IS STRENGTH.” Inside the structure, problematic documents are incinerated, dropped down a Memory Hole where they are conveniently forgotten.

One might be tempted to laugh off comparisons between a “Disinformation Governance Board” and the propaganda department in Orwell’s classic work. After all, we’re talking about a novel.

This would be mistaken, however.

For starters, Nineteen Eighty-Four is indeed a fictional work. But it was inspired by the authoritarian regimes and ideologies Orwell witnessed firsthand. A one-time socialist who observed the fighting in the Spanish Civil War — a conflict between fascists and communists — Orwell became a budding libertarian who became disillusioned with collectivism.

In fact, Orwell makes it clear that Nineteen Eighty-Four was inspired by communism.

“[Nineteen Eighty-Four] was based chiefly on communism, because that is the dominant form of totalitarianism,” he told Sidney Sheldon, who purchased the stage rights to the book; “but I was trying chiefly to imagine what communism would be like if it were firmly rooted in the English speaking countries, and was no longer a mere extension of the Russian Foreign Office.”

Stalin’s regime was not the only totalitarian regime to utilize propaganda and censorship, of course. Joseph Goebbels, the chief propagandist for the Nazi Party, is perhaps the single most infamous wielder of propaganda in human history. And of course the Nazis were infamous for their book burning.

The Chinese Communist Party uses propaganda and censorship to such great effect today that scholars say it’s difficult to even know what’s actually happened in the country over the last century.

“At a time when censorship is a part of everyday experience of the Chinese people, even few historians actually know all the history of the party,” historian Sun Peidong recently told The Guardian. “It’s hard to get hold of party history materials as a history researcher nowadays. It’s even harder to know what the past 100 years has really been about.”

This is why Americans should be concerned that the U.S. government — nearly two and a half centuries after it was founded — is suddenly in the business of rooting out “disinformation.”

Humans will always disagree over what is true. Descartes’ first principle — “cogito, ergo sum” posited that the only thing we can know with total certainty is “I think, therefore I am.”

It doesn’t take a philosopher to see that a lot of stuff one finds online is drek, so it shouldn’t surprise us that “misinformation” — in various forms and to various degrees — is rampant online.

But history shows that no one wields misinformation and propaganda with greater effectiveness — or at greatest cost — than government.

Orwell understood this. Americans would do well to heed his warning.