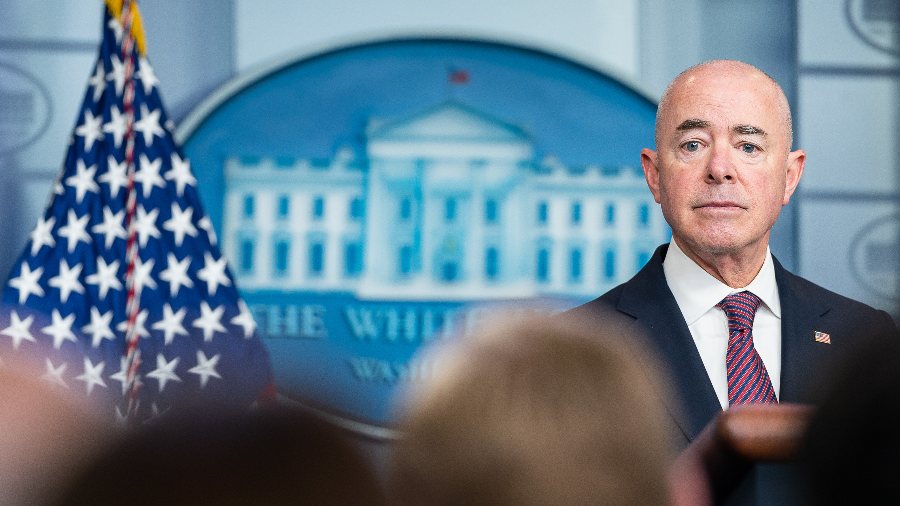 During his testimony before the House Wednesday, Homeland Security Director Alejandro Mayorkas revealed that the DHS is creating a “Disinformation Governance Board” to police “disinformation” and “misinformation” before the 2022 elections.

A Brazen Assault on the First Amendment

If Republicans weren’t already laying the groundwork for impeaching Mayorkas for numerous other reasons, this would be enough. In fact, if President Biden doesn’t kill this idea immediately, I would argue that it is grounds for impeaching him for gross violation of his oath of office to defend the Constitution. I have never endorsed treating impeachment lightly or using it as a political weapon. But I agree with Tucker Carlson, who called this “one of the most brazen assaults on the First Amendment in over a century.”

It Takes One to Know One

This unconstitutional and Orwellian “Ministry of Truth” will be headed by so-called “disinformation expert” Nina Jankowicz. You can tell she’s an expert on disinformation because last year on Twitter, she personally shared some disinformation that caused extensive real-world harm when she promoted the lie that the Hunter Biden laptop story was Russian disinformation. I guess Mayorkas figured it takes one to know one.

Jankowicz also falsely claimed in 2017 that the now-discredited Trump “Russian dossier” was funded by Republicans. So we can tell just how “objective” she’ll be in assessing what is “disinformation.”

She’s even entering into this new job by spewing more disinformation, claiming that “one of the key reasons the Board was established is to maintain the Dept.’s commitment to protecting free speech, privacy, civil rights and civil liberties.” Well, naturally, why else would you create a government office to monitor and police speech if not to protect free speech?

Incidentally, as recently as April 16th, Jankowicz said this to NPR about Elon Musk buying Twitter: “I shudder to think about if free speech absolutists were taking over more platforms, what that would look like for the marginalized communities all around the world.” I feel as if I’m now part of a “marginalized community” because I believe in protecting the First Amendment.

Bear in mind that the DHS is the same federal department that’s mischaracterized parents who object to radical race and gender politics in schools, and citizens who question the government’s pandemic policies or voice concerns about vote fraud, as domestic terrorist threats.

I hope that some conservative legal foundation will immediately file a lawsuit to block this shockingly unconstitutional assault on freedom of speech and get an emergency ruling from the Supreme Court killing it before it takes root and becomes harder to get rid of than the Left-Handed Screw Thread Commission. Killing the Speech Police Agency before it gets started is the only example of abortion that I would wholeheartedly endorse.