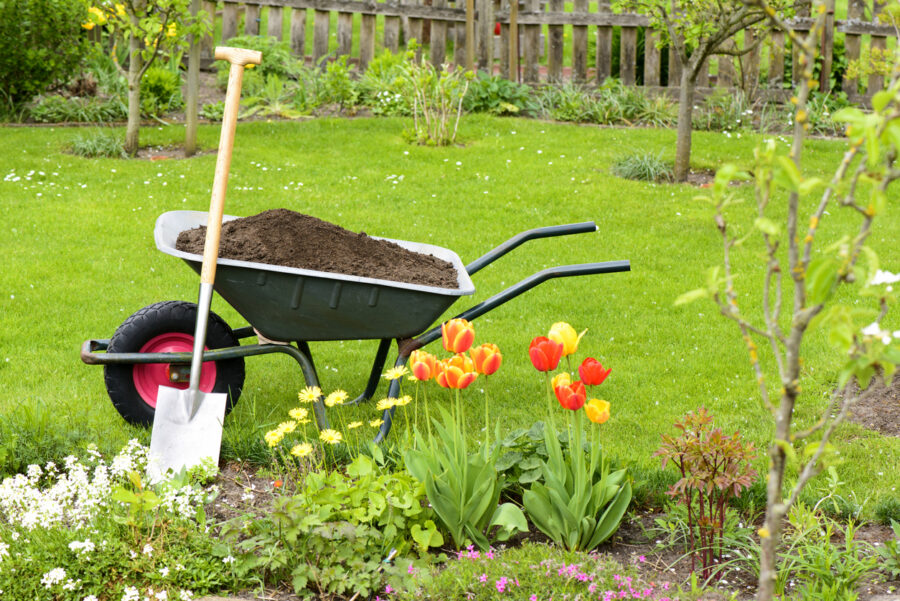 Hope you had a bloomin’ good weekend.

30 years ago this morning, the City of Angels was burning. Rioting had been ravaging the city since word broke of “not guilty” verdicts for four LAPD officers in the beating of a PCP-fueled felon named Rodney King after a dangerous high speed chase.

I was in L.A. at the time. This morning, The Stream reposted my “Memories of the L.A. Riot.”

I grew nauseous reading it again, having known in my gut in 2017 that Maxine Waters and her ilk were doing to the nation what they had done in L.A. in the months leading up to the riots. Pouring gasoline all over our cities and just waiting for a match to come along. And so it did. A match named “George Floyd.”

If Pelosi is looking at insurrectionists, she need look no further than her colleague and comrade Maxine Waters. A woman with zero understanding of either justice or peace.

So Alexandria Ocasio-Cortez decided to insult Elon Musk on Twitter in the wake of his purchase of the tech giant. Bad move.

For those who don’t get the reference, a few months back AOC claimed that she is only criticized by Republican men because they want to date her.

Did AOC’s Musk Tweet Betray That the Green New Deal is a Fraud?

AOC’s attack on Musk got me thinking. According to AOC, the left, and this administration, “climate change” is the greatest existential threat to our nation. The planet is doomed if we don’t act now. This second. They are so dedicated to the elimination of fossil fuels for the sake of “climate change” that they’ve continued wrecking our energy industry even if it wrecks our economy and weakens us internationally. That’s how important fighting fossil fuels is. How important it is to spend trillions on the Green New Deal. The most important thing EVER!!!!!!!! Like, really ever.

Okay. Name one person on the planet who has done more than Elon Musk to move the auto industry away from fossil fuels? To “save the planet”. Remember, it’s not just Tesla cars themselves, but the technology and batteries, etc that are helping revolutionize energy and travel.

Unless, of course, the whole Green New Deal is a fraud. A hustle to wreck America and install her brand of tyrannical socialism.

AOC’s assault on Elon Musk is a giveaway. It’s about power. Not the planet.

Homeland Security Secretary Alejandro Mayorkas defended his “Disinformation Governance Group” Sunday, only admitting the administration could have done “a better job in communicating what it does.”

He insists the Ministry of Truth only addresses “disinformation that presents a security threat to the homeland.” He then rattled on about disinformation from Russia, from China, from Iran, from the cartels.” One problem with that. This is the very same Mayorkas who thinks “grievance-based groups”, concerns about elections and “perceived government restrictions” is the greatest threat to our national security. So if you think this is about Russia and China, I’ve got a bridge in Shanghai to sell you.

How do we know Mayorkas is full of it? Or very, very dim? He expressed his full faith in Nina Jankowicz, the singing head of this Ministry of Truth. “I don’t question her objectivity,” he told Fox News. “She’s recognized as a tremendous authority [note: only by leftist media sites and government hacks], and we’re very fortunate to have her.”

Ladies and gentlemen, I present to you Nina Jankowicz, the head of Joe Biden's "Disinformation Governance Board". pic.twitter.com/OOAHRBCooh

This false information-filled take on the Poppins classic is enough to put Bert the Chimney Sweep in a bad mood. Speaking of Julie Andrews movies, why do I get the impression that in The Sound of Music Jankowicz roots for the fascists?

By now, you know the story. Jankowicz, whose entire public career has been about pushing false narratives has been put in charge of Homeland Security’s Disinformation Governance Group. But it’s not just that she peddled the Trump-Russia collusion lie … as late as August 2020. Or the Hunter laptop was fake Trump campaign work product. Or that Trump supporters were going to show up “armed” at the polls for “voter suppression” and “intimidation.” Or that she wanted Facebook to censor news organizations like Breitbart.

Oh, no. She was even out there trying to explain away Joe Biden’s blackmail of the Ukraine government. Remember, the $1 billion in aid would be blocked if the then-president didn’t fire the prosecutor investigating his Hunter’s company Burisma. Listen to her snotty, condescending explanation.

This is the most condescending explanation of Biden firing the Ukrainian prosecutor that I have ever heard, and she tops it off with: “Now you can get back to watching Netflix, Zoom happy hours, and washing your hands” (smirk) pic.twitter.com/L245QjsZIs

And guess who was also in favor of force being used to enforce COVID lockdowns? And thinks America is too “free-spirited.”

Biden’s Minister of Truth: “Force away! Lock us down.” pic.twitter.com/O3m97unKPs

Hey, lady. You want to be a singing Nazi, go join the cast of The Producers. Leave us and the First Amendment alone.

Are we being harsh? Well …

The Number of FBI Warrantless Searches Doubled from 2020 to 2021

The number of warrantless searches of Americans’ communications data conducted by the FBI more than doubled last year. That according to a report from the Office of National Intelligence. The FBI used Section 702 of the Foreign Intelligence Surveillance Act on nearly 3.4 million Americans in 2021. Up from 1.3 million.

What changed? The Regime will tell you 2 million of those warrantless searches were part of an investigation into Russian hackers trying to crack our critical infrastructure. But in a year that saw the same FBI/DOJ go full throttle after anyone remotely near the Capitol on January 6 and go after parents upset at their school boards … the same regime that is now using Homeland Security to stifle “misinformation” …do we really think the dramatic jump in warrantless searches was because of Russia, Russia, Russia?

Remember, this is the same gang that falsely used Russia as an excuse to spy on Donald Trump.

Why exactly are we worried about Russia when this regime is turning us into the Soviet Union?

Her name was Roseanne Boyland. She was on the Capitol grounds January 6. She died on those grounds. New video has been released showing (again) how a Washington DC police officer viciously, repeatedly bashed at the head and body of Boyland as she lay motionless. (About 1:10 in the video below.)

Did everyone see this video of Roseanne Boyle and getting beat by Capitol police officers on January 6th? @julie_kelly2 @DarrenJBeattie @ColumbiaBugle @McBrideLawNYC pic.twitter.com/tyIvlKICQO

Boyland had been crushed and asphyxiated under a pile of people after police gassed protesters and pushed them out of the Lower West Terrace tunnel. Police ignored the pleas from others to help Boyland. Only later, after the beating, was Boyland pulled out. Efforts to revive her failed.

In an Epoch Times exclusive, a use of force experts dissects the new video and concludes the officer, Lila Morris, committed an “indefensible” felony assault under the color of authority with the intent to cause great bodily harm. (If you can’t reach story because of paywall, this link has the details.)

Authorities tell you that Boyland died of an Adderall overdose.

Is it ego or a gargantuan lack of self-awareness? Guess who decided now was a good time to rail in favor of gun control? Alec Baldwin. The actor fresh off accidentally shooting and killing his cinematographer. Baldwin posted on anti-NRA gun control screed on Instagram Friday.

Our Aliya Kuykendall offers a harrowing and must-read: “Why China is Starving Citizens in Shanghai.”