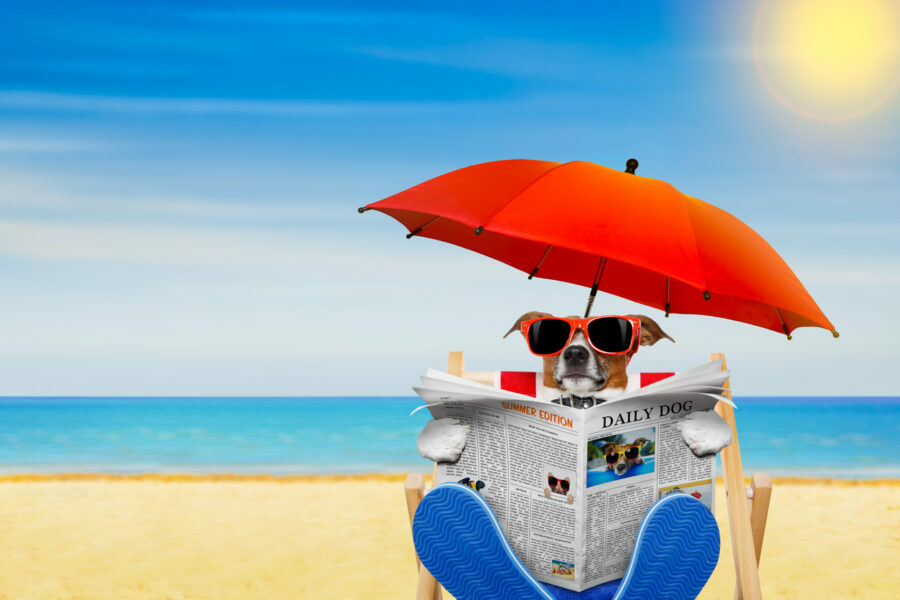 Today’s Brew comes with a whiff of Orwell. But first …

Something strange has happened since news broke that Elon Musk was buying Twitter. Overnight, notable conservatives saw a huge spike in followers and likes, while liberal blue checks were seeing drops.

It is astonishing how severe the suppression of free thought was during the #TwitterDarkDays. Now I get tens of thousands of likes per tweet, and gained over 50,000 followers just yesterday alone. Hard to imagine the effect of this level of suppression on the 2020 election.

Don Jr. is more suspicious. He was used to getting perhaps a few thousand new followers a day. “It seems someone took the shackles off my account,” Trump tweeted. “Wonder if they’re burning the evidence before new mgmt comes it.”

Sen. Josh Hawley wants Musk to “open the books on who Twitter has shadow banned, who Twitter has suspended, who they’ve throttled, and who was responsible for the egregious censorship of the Hunter Biden laptop reporting. Make it all public.”

How panicked is the Deep State about free speech? …

The Constitution says “Congress shall make no law … abridging the freedom of speech, or of the press.”

Biden is saying, “Heck with free speech and Congress! I’ll just create a Board.” Yes, the Biden Regime is creating a “Disinformation Governance Board” within the Department of Homeland Security. DHS Secretary Alejandro Mayorkas made the announcement Wednesday.

He claims the board is designed to “counter misinformation related to homeland security, with a focus on Russia and irregular migration.”

Well, anything can be related to “homeland security” when you are creating a fascist state. Criticizing the administration, for example. Heck, they’ve already labeled petitioning the government “domestic terrorism.”

Besides, this is the same crowd that pushed the Trump-Russia Collusion hoax and rounded up a bunch of Swamp Creatures to insist the Hunter Biden laptop was Russian “misinformation.” They also labeled as “misinformation” any facts about COVID or the vaccines that countered what Fauci and WHO were peddling on any given day.

Besides, Mayorkas can’t even stop hundreds of thousands of people from waltzing across the border. He thinks he can stop “misinformation” from flowing?

Oh, He Was Serious? DHS Sec Claims to Have ‘Effectively Managed’ the Illegals Pouring Into the Country

Speaking of those hundreds of thousands illegally flooding our border, Secretary Mayorkas made this doozy of a statement yesterday while testifying on Capitol Hill. “We have effectively managed an unprecedented number of non-citizens seeking to enter the United States.”

DHS Secretary Mayorkas: "We have effectively managed an unprecedented numbers of non-citizens seeking to enter the United States”

Even Mayorkas’ dodge betrays the administration. His job isn’t to “manage” the flow of illegal immigrants. His job — at least the one the White House is supposed to have — is to stop illegal immigration.

According to the Federation for American Immigration Reform (FAIR), Biden has added over a million illegal immigrants to our population since taking office. That puts the total number here illegally to 15.5 million at a cost of $143.1 billion a year.

You know how Democrats always accuse Republicans of trying to kill off grandma? On Wednesday, DHS Secretary Mayorkas all but admitted the Biden Administration wants to shift doctors and nurses away from our military veterans so they can go to the border and serve illegal immigrants instead.

Abandoning our heroes. (Shouldn’t be too surprised after what happened with the Afghanistan withdrawal and with nursing homes in blue states during COVID.)

The transfer of doctors and nurses from Veterans Affairs hasn’t happened yet. But when asked directly by Rep. Ashley Hinson of Iowa if it’s going to happen, Mayorkas dodged. She asked again:

His response again was slippery.

Congresswoman, the resources that the medical personnel from the Veterans Administration would allocate to this effort is under the judgment of the secretary of Veterans Affairs, who prioritizes the interests of veterans above all others for very noble and correct.

She pressed again, asking if he knew of any conversations about relocating VA assets to the border. Mayorkas admitted talks are going on between “teams” at DHS and Veterans Affairs.

‘Out of the Pandemic Phase’ … or Are We?

But that was Tuesday. On Wednesday, Fauci “clarified.” No, he told the Washington Post, America’s only “out of the full-blown pandemic phase.”

The world is still in a pandemic. There’s no doubt about that. Don’t anybody get any misinterpretation of that. We are still experiencing a pandemic.

He told the Associated Press “We’re in a different moment of the pandemic. We’ve now decelerated and transitioned into more of a controlled phase. By no means does that mean the pandemic is over.”

24 hours from “We’re out of the pandemic phase” to “We’re still experiencing a pandemic.”

What changed? Well, White House Press Secretary Jen Psaki declared the pandemic is not over.

PSAKI: "COVID isn't over, and the pandemic isn't over." pic.twitter.com/Z8DzqgGqAw

Yeah. This is all about the science.

Fauci also hinted Tuesday he may be (finally) stepping down before too long.

Check out part two of Tom Gilson’s pivotal “The Minuteman Strategy: How Your Church Can Still Change the World.”